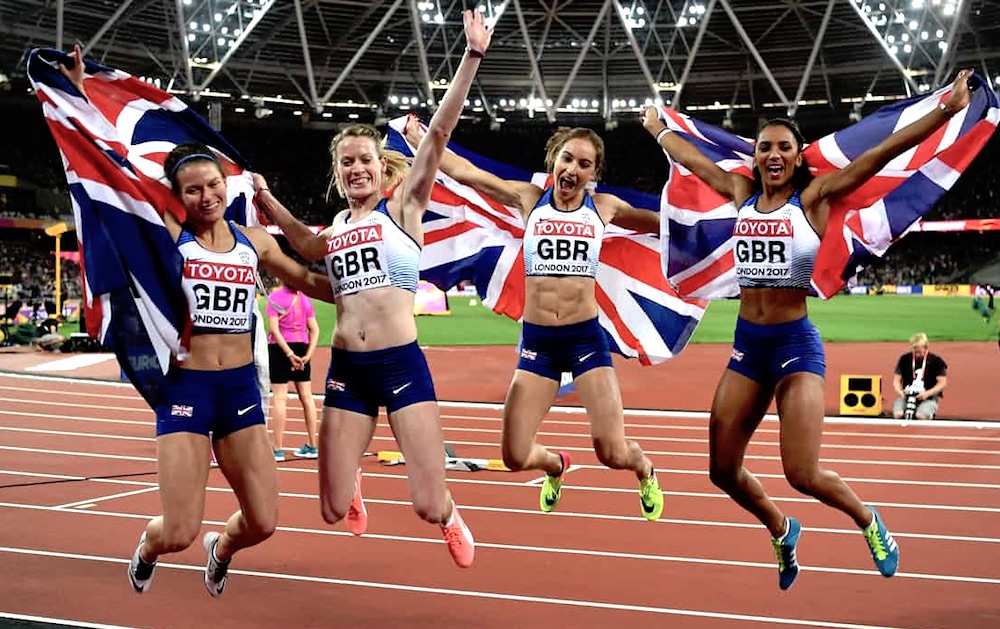 On the closing night and in front of a home crowd Great Britain won silver in the women’s 4x400m and bronze in the men’s race to secure a fourth British relay medal in 24 hours at the World Championships.

The women’s relay race was up first and from the off it was clear gold belonged to the American team.

With the USA team running their own race, it was battle for second with the British quartet more than a match for the task with Eilidh Doyle running a strong third leg before Emily Diamond held off a late surge from Poland’s Justyna Swiety, to clinch silver.

Felix has now won a staggering eleven world gold medals, while it was Britain’s seventh world medal in seven championships.

It was a déjà vu moment for Jamaica Anneisha McLaughlin-Whilby pulled up mid race in a similar fashion to Usain Bolt on Saturday in the 4x100m men’s final.

Thanks to incredible anchor leg from Lalonde Gordon, the Trinidad & Tobago men’s team pipped the USA by 0.49 seconds to win the 4x400m relay gold in 2:58.12, a world leading time.

It was a season’s best performance from the British men, with the quartet of Matthew Hudson-Smith, Dwayne Cowan, Rabah Yousif and Martyn Rooney running home in 2:59:00 to win bronze.

Earlier in the evening, Kenyan duo Elijah Manangoi and Timothy Cheruiyot made it a one-two for the African nation in the men’s 1500m. Manangoi won gold in 3:33.61 just holding off his compatriot by 0.38.