Botswana plan to declare a national ‘Isaac Makwala’ holiday, if he wins gold 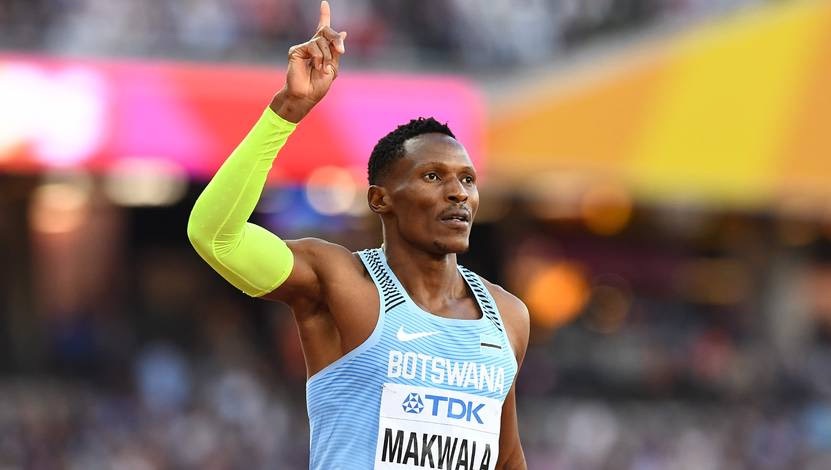 A national holiday is planned in Botswana to honour Isaac Makwala, if he can win the 200m gold medal at the World Championships.

The 30-year-old has had a turbulent week to say the least, but hopes to put it all behind him when he races in the 200m final in Thursday evening.

Makwala’s week began with a 48 hour ban from competing, while officials tried to deal with the norovirus outbreak.

The exclusion meant the Bostwanan athlete missed the 200m heats on Monday and the 400m final on Tuesday.

On Wednesday the Makwala story took another twist, when the Botswanan federation requested that he should be allowed to compete in the 200m semi-finals that evening. Makwala’s 48 bar was officially over at 2pm that day.

Following the request, the IAAF granted Makwala permission to run an individual 200m time-trail early on Wednesday evening, in order to qualify for the semi-finals a few hours later.

Makwala progressed from his time-trail successfully – and celebrated by doing a set of press-ups. He later made it thorough the semi-finals, finishing in second place, to set up an intriguing and eagerly anticipated final on Thursday.

Botswana’s Sports Minister Thapelo Olopeng said: “The president has set aside a certain day for him.

“It will be a public holiday for people to come and meet Makwala and all over the country there will be celebrations with music and dancing. The man has lifted the name of our country higher and higher, and he deserves this welcome as our hero.”

Botswana officials also intend to submit a complaint to the IAAF about the handling of Makwala’s case.

“The way he performed yesterday (in the 200m heats) he showed no signs of ailment and I don’t understand why the IAAF has continued with the same decision,” said Olopeng.

“They should call for a re-run or give him the same opportunity as they did in the 200m (solo time-trial). They have not responded and if they don’t then we will take the matter forward, we have a legal team waiting to give us advice on how far we can take it.

“What happened to our athlete has created a lot of displeasure in the country and we are very unhappy. To me it’s a great disappointment.”