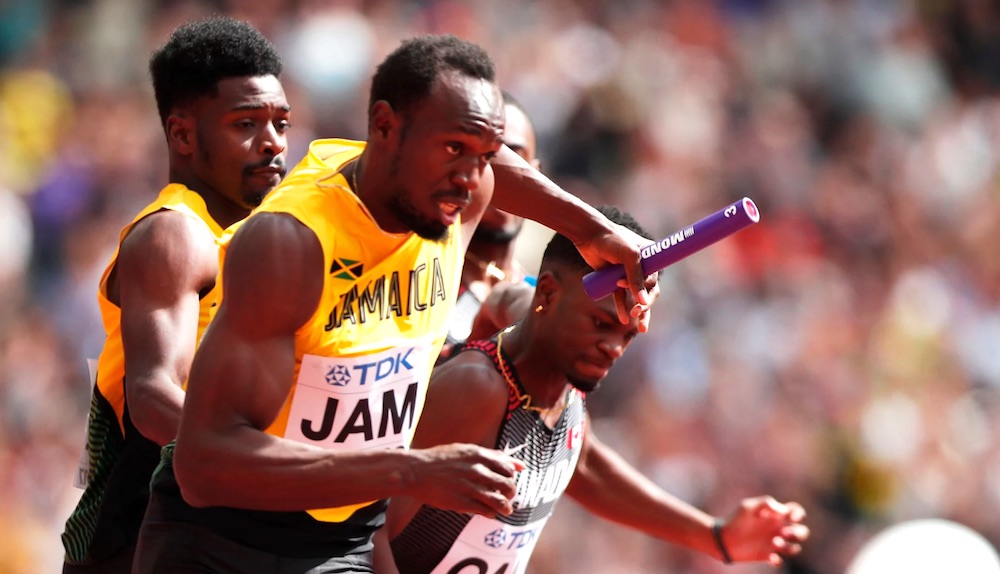 Usain Bolt was back to winning ways as he successfully guided his Jamaican team through to final of the 4x100m relay at the World Championships, while four British teams safely made it through to finals.

Bolt, running the anchor leg for the strong Jamaican quartet, pulled away down the home straight to steer his team to victory in the second relay heat at the London Stadium, clocking 37.95.

The eight-time Olympic champion will now appear for the last time at a major championships on Saturday night in the final at 9:50pm (UK time).

Britain’s women also safely negotiated  the heats, finishing behind a formidable USA team who recorded a world leading time in 41.84.

The British quartet of Asha Philip, Desiree Henry, Dina Asher-Smith and Daryll Neita flew over the line in a season’s best 41.93, the fastest time by a GB team at the world championships.

Bolt, who missed out on individual100m gold last weekend said: “It’s not a time to be sad, because the energy from this crowd is great.

“There are no words to describe how I am feeling. I get so much support from the crowd.

I appreciate that a lot. All the energy I am getting from the crowd is brilliant.”

In the 4x400m relay heats, both British men’s and women’s teams qualified for Sunday’s final.

While, the women’s quartet of Zoey Clark, Laviai Nielsen, Perri Shakes-Drayton and Emily Diamond clocked 3:24.74 to finish second behind the USA.