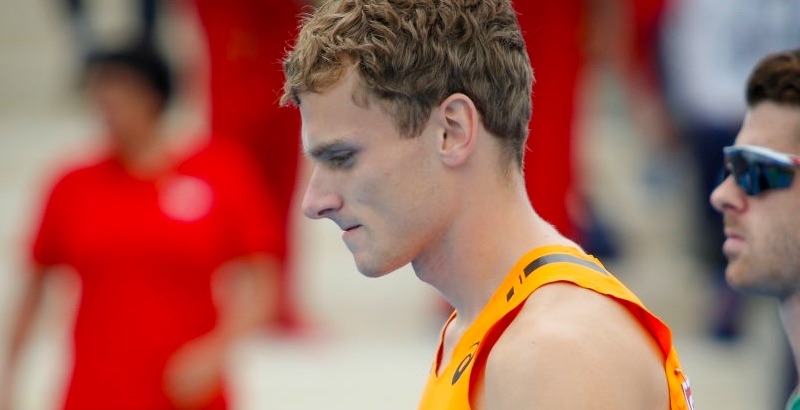 In August 2017 Dutch 400m runner Maarten Stuivenberg had an adverse finding during an Anti-Doping Control and the real reason behind the result could well save his life.

Stuivenberg was diagnosed with testicular cancer at the end of December 2017. It is similar as the case with Belgian decathlete Thomas van der Plaetsen, who also discovered in October of 2014 that he had testicular cancer, after returning an elevated level of the hormone HCG during a doping control test.

The athlete went on to make a full recovery and went on to win the decathlon gold medal at the 2016 European Championships.

Stuivenberg has had a good 2017 season, running in the European U23 Championships 400m final for Holland in Poland and was part of the Dutch 4x400m team that lowered the National Record to 3:02:37.

Stuivenberg stated: “Last year, a high value of the HCG hormone was found in my blood,” much the same as van der Plaesten, and that “The doping authority looked at this for a moment, but when I crossed the banned border, I was informed of this in early August.

“It could mean two things: whether I had used doping or it could be a sign that I would have a cancer. Doping was out of the question, so I have been through several medical examinations since August to find the cause.”

Stuivenberg has since been through six days of hospitalisation for chemotherapy and has further visits planned, but doctors are confident of a full recovery.

It’s a different side to anti-doping that is sometimes forgotten, that the health of the athlete is a primary concern for anti-doping worldwide and situations like this remind us of that fact.