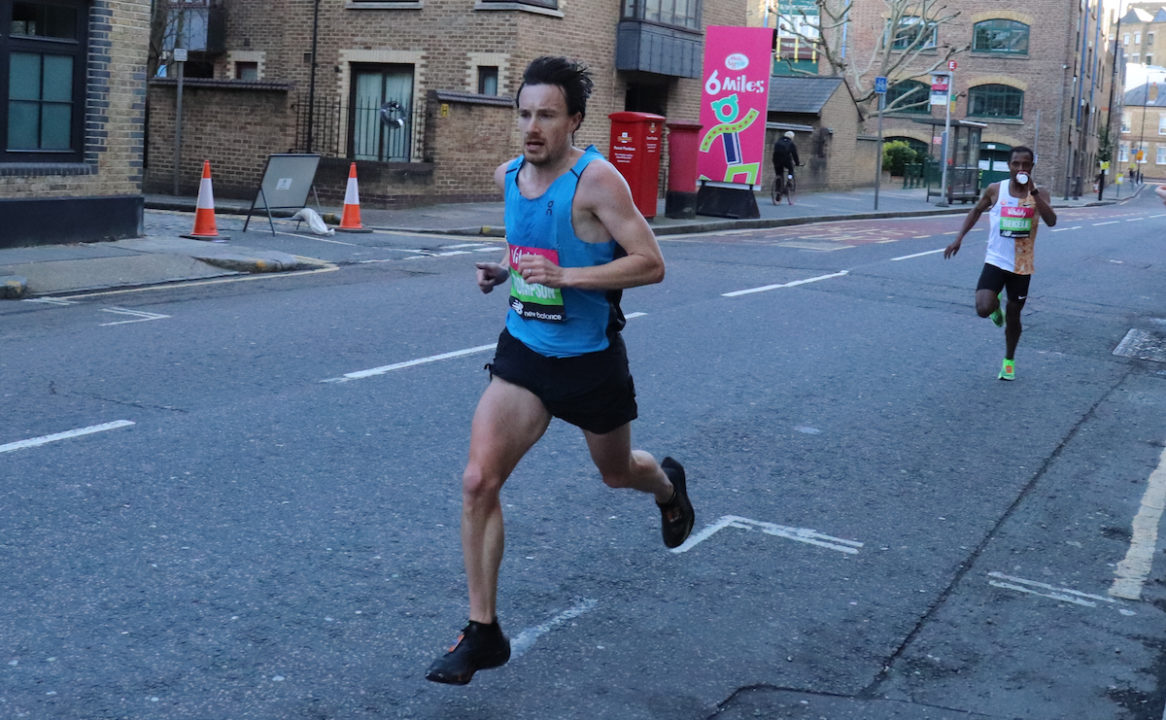 This weekend was packed with exciting racing across the country and world, as records were set and world championship places were confirmed. Hannah Irwin brings you the action.

Over in the US, at the Boston University Last Chance Invitational, Marc Scott had an absolutely storming run in the 5,000m. Not only did he set a British indoor record, but a European indoor record too! Scott ran a hard race in a high-quality field and took home 2nd place in a fantastic 13:08.87 to beat the previous record set by Mo Farah.

Cambridge and Coleridge’s Holly Archer was also competing in Boston and  rounded her indoor season off in the 1500m where she ran a fantastic four second PB of 4:13.62.

It’s been a fantastic indoor season for British athletes and James West added some icing to an already impressive cake by placing himself 7th on the UK 1500mi all-time list with 3:36.93. He placed 4th overall in the race and set was is believed to be a NCAA record as well! Impressive running in Boston all round.

Front running Thompson gets his reward

One of the highlights of the weekend was The Big Half, where athletes were competing for spots in the World Half Marathon Championships in Poland next month. The top 3 male and female finishers were automatically selected (providing they achieved the qualification standard) and 2 others will be chosen to complete the two teams of five.

Ethiopian legend Kenenisa Bekele was put to the test by Chris Thompson early in the race as the AFD man led through half way. Bekele though asserted his dominance and came out on top pushing on in the latter stages to break the course record in 60:22.

Thompson finished 2nd securing a World Half place ahead of a flying Jake Smith. The 21-year-old athlete had an absolutely storming run to finished 3rd overall in 62:00 breaking his own British u/23 record. Ross Millington finished 4th in a PB of 62:33 ahead of the next Brit Mohamud Aadan – 6th in 63:21. Omar Ahmed (7th in 63:33) and Josh Griffiths (8th in 63:57) rounded off those running sub 64.

There was a  hard fought battle in the women’s race. Samantha Harrison held the lead until the 8-mile point when she was met by Birchfield’s Lily Partridge. After working alongside each other it was Partridge that had the upper hand and pushed away from to claim the win in a rapid 70:50. It was a measured and controlled performance from the Alan Storey coached athlete and a fine time in breezy conditions.

Shortly behind was Harrison in 71:01, 42 seconds quicker than her time from Barcelona Half two weeks ago. A first GB vest is rich reward for a gutsy, aggressive run from the ever improving Notts athlete.

Building on what was an been an incredible 12 months for Steph Davis the Clapham Chaser came home in 3rd with a time of 71:15. The Clapham Chasers athlete confirmed her first ever GB vest in style with a lifetime best by over 1 minute 45 seconds. In fourth place was Hayley Carruthers in 71:49, followed by Eleanor Davis (Preston) in 72:35, only one second off of her lifetime best.

Trafford 10k caters for all abilities but always ensures a fantastic option for those looking for fast times. It definitely attracts top athletes, and this year was no different. Taking home the win for the women and shaving a second off her PB was Jess Judd who clocked 32:16. Judd is in fine form after a recent 2nd placed finish at the National XC Champs.

The adidas athlete fought hard in the wind and managed to steal the win from Eilish Mccolgan who made a late decision to enter the race finishing in 32:25. After an absolutely storming cross country season, Bronwen Owen put her legs to the test on the road. The Leeds City AC athlete set a new PB of 33:30, taking over a minute off her best from last year.

In the men’s race, James Hunt of Cardiff ran himself to a convincing win with a 30 second lead in 29:44. Despite the conditions, Hunt also ran a 14 second best time. After winning the Welsh National Cross Country Championships last weekend, Hunt too is evidently noticing the benefits of the cross season.

In a sprint to the line, it was Stockport Harrier’s athlete Andrew Davies who landed himself in second place with a strong time of 30:14, his best since 2017. Hunt’s clubmate, Rowan Axe, came third in 30:16 to round off the podium positions. 14 men ran sub 31 and 23 women ran sub 37 in a high quality race in challenging conditions.

Amazing morning at our Trafford 10K. 2021 48 hour early bird now open, just £13/£15 including a bespoke medal, OTE flapjack, chip timing plus a rapid, closed road course!! Well done to each and everyone who ran our helped make today special. pic.twitter.com/bNSJBBnDKm

Roundup of the roads

In the Eastbourne Half Marathon, Billy Mead of Leighton Buzzard AC gave a strong performance throughout the race to secure a time of 76:50. The winner in the women’s race was Katie Sloane who had a solid run and crossed the line in 85:29.

At the St. Helen’s 10k Matt Crehan won in 31:26 just 4 seconds outside his course record from 2018, which is a quick time considering the 300ft of climbing en route. Crehan was followed home by St. Helens Sutton A.C. team mates Jon-Jo Doherty and Charlie Roberts. The ladies winner was Crehan’s fiancee and para-athlete Jade Smith in 39:46, who beat St. Helens’ Strider Rachel Fairclough and Hannah Whittaker on the day.

Cross country took a back seat this weekend with only a few races occurring as the season comes towards its end. In the Mid Lancs Cross Country League, the women’s race was dominated by Emily Japp. The Blackpool Wyre & Fylde AC athlete took the win by over 30 seconds. For the men, it was U20 athlete, Jacob Cann (Lancaster Uni RC) who took home the win with a fine run.

The Start Fitness North Eastern Harrier League cross country race took place at Alnwick Castle. The win in the senior men’s race was secured by Samuel Charlton of Wallsend Harriers. The women’s race was a very similar story as Wallsend also took home the win by a significant distance. It was senior athlete Alex Hemsley was crowned the winner.

Outside of British success, Galen Rupp dominated the men’s US Olympic Marathon Trial in Atlanta, cementing his place to represent USA in Tokyo this summer. Rupp will be joined by Jacob Riley and Abdi Abdirahman. For the women, Aliphine Tuliamuk was first to secure her place on the US team, followed by Molly Seidel, who was running her first ever marathon! The third place went to Sally Kipyego.

We were expecting to see some quick running at Paris Half Marathon but the race became the latest to fall victim to cancellations due to Coronavirus.