What would you do with a year off work to focus on your running? 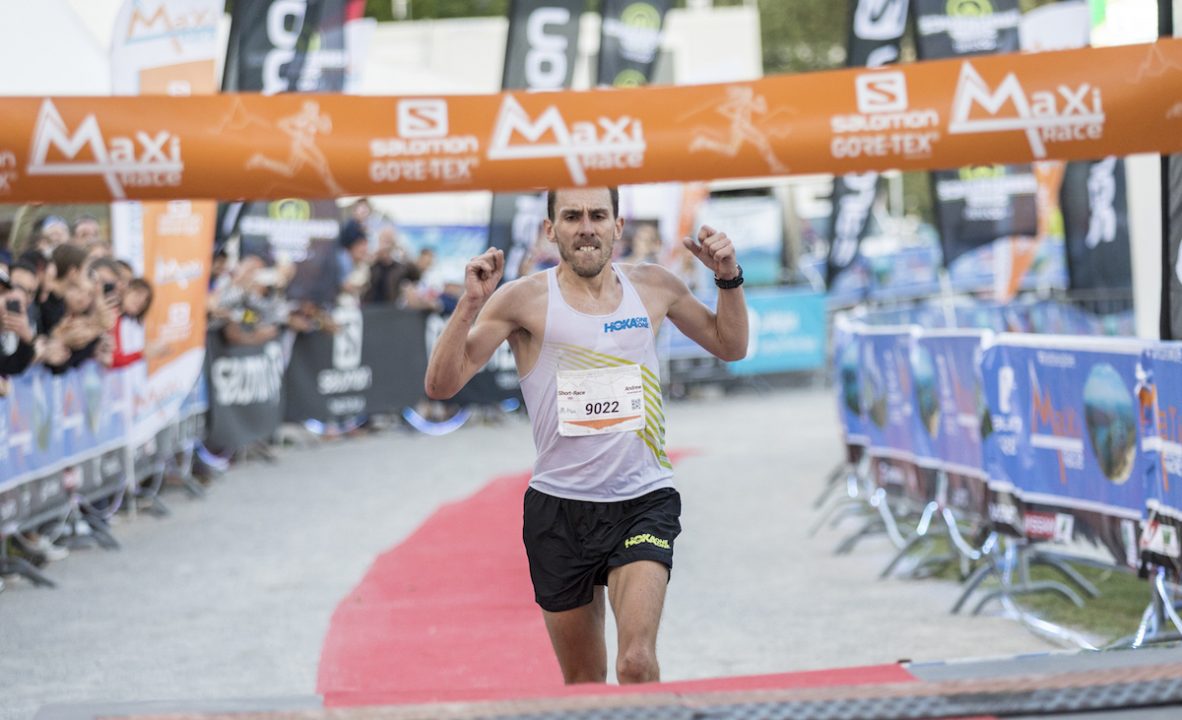 Two wins out of two in the mountains for Andrew Douglas is a good start to the season for the Edinburgh based athlete.

2019 is no normal year for Andrew Douglas. The GB mountain runner is taking a one year sabbatical from full time work, to see what he can really do in competition and it seems to be paying off already.

“I wanted a 12 month sabbatical so there was no rush” says the Scot. “We didn’t want an injury or anything to ruin the whole thing because we were short on time. It’s a great opportunity to have after 10 years of full time work.”

Douglas has been one of Great Britain’s most consistent athletes in the mountains in recent years with top ten finishes in both the European and World Mountain Running championships. It’s not just the uphill champs, but also the up and down races that sees the Scot excel.

We spoke to Douglas after a great run at Sierre Zinal and Glossglockner last year and wondered, with all the time in the world to train, just how much more running he was doing this year.

Being smart with your time

“My volume of training might have increased slightly, but nothing drastic. It’s all the other aspects that I’ve made the real differences in,” was the easy response for the Sophie Dunnett coach hill runner. “My strength and conditioning, nutrition and my recovery have all seen greater focus. I’m even finding time for afternoon naps.”

“It is the dramatic increases in training that see injuries and I didn’t want to fall into that trap. I had an injury at the beginning of the year, in January, but with more time to think about and analyse what I’m doing it has made a big difference.”

“Instead of just coming in late from a workout and grabbing the food that is easiest I’m taking the time to eat the right food. Good, nutritious options are making a difference.”

Just two weeks ago the Hoka One One athlete won the super competitive Trofeo Nasego in Brescia, Italy. Speaking to a local runner who finished 19th in the race, Francesco Nicola, apparently “Douglas just disappeared up the trail when it started” although the Scot saw it differently.

“I’d done the vertical race the night before and finished fifth. It felt like a struggle and my legs felt heavy at the start on Sunday. I thought I’d settle in and see what happened. No one really took it out so when we got to the first downhill I made a gap.”

“The whole race I was thinking “they’ll catch me up” and just expected it to happen, but slowly that turned to “this might just happen”. It had been raining so was quite wet and slippy but I knew there was a long descent to finish.”

No one did catch Douglas and his Hoka One One Evo Jawz, the lightweight trail shoes that he says are his favourite to race in, were good enough to keep him upright all the way to the finish line.

There’s always another race next week

Onto the next weekend and the first round of the Mountain Running world cup was in Annecy, France. The 16.5km race was part of the Maxi Race weekend in France, with distances up to 114km. It’s the first time the event has been part of the WMRA World Cup and it saw a huge jump in competition levels (I should know having won the race a few years back with a much easier ride).

Douglas was in commanding form again, leading a small group of five up the first climb which included American Andy Wacker, Eritrean Filmon Abraham and Kenyan Robert Kiptum. At the top though none could stay with Douglas and he led all the way down the descent to the finish. “It’s a promising start to the year” said the humble Scottish athlete, “but I don’t want to get carried away. The main goals are the European and World mountain running champs and I would love to get on a podium to one of them. It’d be nice to improve my WMRA ranking as well, from fourth”.

With the trial for the British team last weekend on Skiddaw in the Lake District, Douglas ran well to finish 2nd to Jacob Adkin and qualify for the European Championships.

With the Europeans in the beautiful surroundings of Zermatt and then the Worlds set in Patagonia in Argentina there might be stiff competition for both teams and Douglas admitted that had played a part in his decision to have the year focused on running.

“With it being a November championships in Argentina it gives me the whole year to prepare. It was as good a time as any to take the full year focused on a champs later in the season.”

Is there anything from the world of finance that the athlete is struggling to do without, like Kris Jones spoke of after his recent shorter three week break with Welsh Athletics…”I do miss the day to day of work, but it’s the people I work with that I miss mostly.”

Keep your eyes peeled for a look at Andrew’s training in a separate piece later in the week.

To keep up to date with the Hoka One One sponsored star we recommend his Instagram page or Twitter. Be careful, some of the beautiful mountain pictures might make you a little jealous.