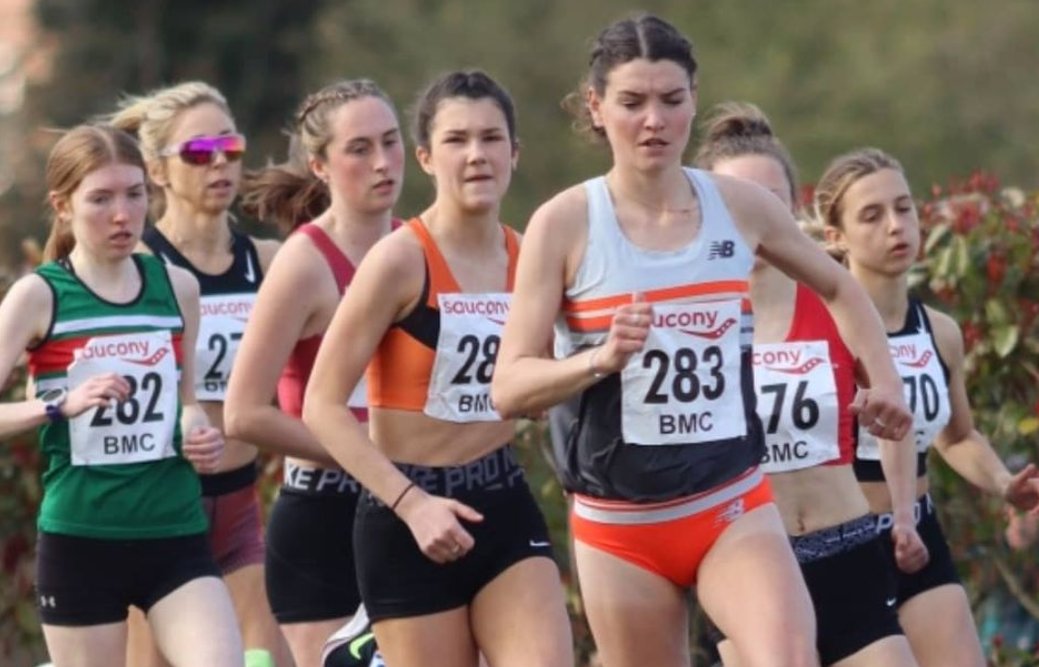 It’s Sunday, it’s sunny (in South London at least), and there has been no shortage of racing this weekend on the roads, track and trails this weekend. What more could you ask for? Here’s a whistle-stop tour of the highlights of past few days.

Following on from last week’s 5k races, Saturday saw the 3k edition of the British Milers Club’s Road Races at Tameside. Kate Avery took a comfortable victory in her first race of 2021 in the women’s a race with 9:31, 40 seconds of Alyssa Davey in second. The men’s a race was a close affair, with just three seconds separating the top three. It was Charlie Roberts who took victory, finishing in 8:26, just ahead of Max Wharton (8:27) and Alex Miell-Ingram (8:29).

Active Training World’s Essex Half Marathon and Marathon was the second event of the weekend taking place at an airfield, with athletes taking in the sights of RAF Debden. Following his DNF at the Olympic Marathon Trials last month, the 13.1 mile race provided a comfortable win for Adam Hickey (1:05:07) ahead of Pete Robinson (1:08:00) and David Hudson (1:09:51). Hayley Lamkin took victory with a similar margin (1:22:34), with Katie Austin (1:25:56) and Lindsay Russell-Smith (1:27:58) completing the top three. Alex Milne and Lauren Longhurst won the marathon, in 2:28:00 and 2:59:11 respectively.

Earlier in the week saw the return of RunThrough’s regular Chase the Sun (or Moon in winter months) at the Olympic Park. There were victories over 10k for Trent Park Running Club’s Katie Brown in an impressive 34:34, the fastest 10km of 2021 by over a minute, and Brandon Dewar of Herne Hill Harriers (31:30). Second place finisher Damian Nevins’ 31:51 is, at the time of writing, the fastest by a V40 athlete this year. The 5k races were won by Daniel Roberts (15:39) and Sarah Johnson (17:08).

Fast times were recorded at Mallory Park, with 5k races taking place on Saturday and 10k on Sunday. The men’s 5k was a competitive affair, with the top 12 all running under 14:30 and top three separated by three seconds – Sam Hart coming out ahead of Jonathan Escalante Phillips and Connor Bentley (14:12, 14:13, 14:15). Olivia Mathias (16:13), Nikki Barlett (16:17) and Annabel Morton (16:17) were the fastest of the women, again in equally competitive fields.

Return to the Trails

Whilst some of the arrangements were a bit different compared to pre-COVID days, Saturday saw the return of the SDW50, Centurion Running’s 50 mile race along the South Downs Way National Trail, routing from Worthing to Eastbourne.

A total of 332 athletes completed the distance and couldn’t have asked for better weather conditions, greeted with sun, not too hot and minimal winds. Sarah Hill took the honours amongst the women with 08:45:25, only 90 seconds ahead of Tamsyn D’arienzo (08:46:59). Vicky Balfour finished precisely one minute under the nine hour mark for third. Shout out also to my Striders of Croydon clubmates Ally Whitlock who placed fourth, her highest finish in her ultra-running journey, and Debra Bourne who completed her 100th ultramarathon. Men’s victory went to Hercules Wimbledon’s Richard McDowell with 06:02:19, over 18 minutes ahead of Jack Blackburn in second, with the top-three completed by Peter Windross (06:38:53). For those, like me, who cannot begin to imagine running for 50 miles, that time equates to an average 7:14/mile pace. That victory is impressive for an athlete who six days ago ran 15:22 for 5k. Of course, Richard has excellent racing credentials (including 2:23 at the 2019 London Marathon), but to me he is best remembered for his 10:57 5km at the inaugural Ross Barkley Championships last April. Oh I Do Like To Run Beside The Seaside

Worthing Harriers’ The Opener had near-perfect running conditions, with a number of athletes making their season debuts on the south coast, with events including the mile and 3000m. The fastest over seven and a half laps was Brighton Phoenix’s Finn Mcnally, with 8:27.26. Harrier Bloor (Lewes AC) was the fastest female with 9:58:92.

The mile had been billed as a sub-four minute attempt, although the fastest time fell a fair way short in the end, going to Ipswich Harriers’ Matthew Snowden with 4:13.79. Daniel Mees had been leading for the first half before pulling up injured. Brighton & Hove AC’s Eadie Yelling had a comfortable victory in the women’s race with 5:17.85.

If there were any concerns that the career of one of the all-time greatest marathon runners was on a downward trend, Eliud Kipchoge made sure to prove otherwise at the NN Mission Marathon. In his thirteenth career marathon (excluding the Breaking2 and INEOS 1:59 Challenge) the World Record holder and reigning Olympic Champion returned to winning ways on the tarmac of Twente Airport in the Netherlands.

One could argue the front of the field was designed to enable a Kipchoge win, but it took until the 34th kilometre for the Kenyan to break away from his training partner Jonathan Korir. His finishing time of 2:04:30 was an impressive return to form after his eight place in London last October, and surely has helped confirm his spot in Japan – the Kenyan team has announced a team of four men for three marathon spots, without confirming who is the reserve.

The time was not one of the fastest of Eliud’s career – he has gone faster eight times (again excluding the sub-2 attempts), but the build up has not exactly been not ideal – the event was meant to be held in Hamburg last weekend – and the course is different to an event like Berlin or London. If nothing else, there is no better way to spend a Sunday morning than watching one of the all time greats in action.

The women’s race was won by Germany’s Katharina Steinruck in 2:25:59, a PB and well under the Tokyo qualifying time. The event was billed as the fastest route to the Olympics, and indeed ten women and 15 men ran under the qualifying time (2:11:30 and 2:29:30 respectively). With an ever increasing number of athletes basing themselves Stateside for training as the summer season approaches, there continues to be a flurry of noteworthy results. Following his recent incredible 10,000m debut (28:25.29), Charles Hicks took the victory in his debut over 5000m at the West Coast Classic with 13:34.63.

In her first race since winning the 3000m at the European Indoor Championships, Amy Eloise Markovc ran an impressive 4:09.52 at the Virginia Challenge, less than two tenths shy of her PB set in May 2019. At the Tom Jones Memorial (no, not that one) in Florida, steeplechaser Zak Seddon ran a 3:24.06 1500m, the fastest of his career, although he did go through the 1500m split a shade quicker during the mile at the 2019 Anniversary Games.

I feel I should end with a shout out to Bethaney Donnelly. The Trafford athlete, running for Franklin Pierce, completed a trio of victories at the Eastern Connecticut State Invitational on Thursday over 800m, 1500m and 5000m. Whilst the times are nothing spectacular compared to her PBs, I cannot fathom racing all three on one day.