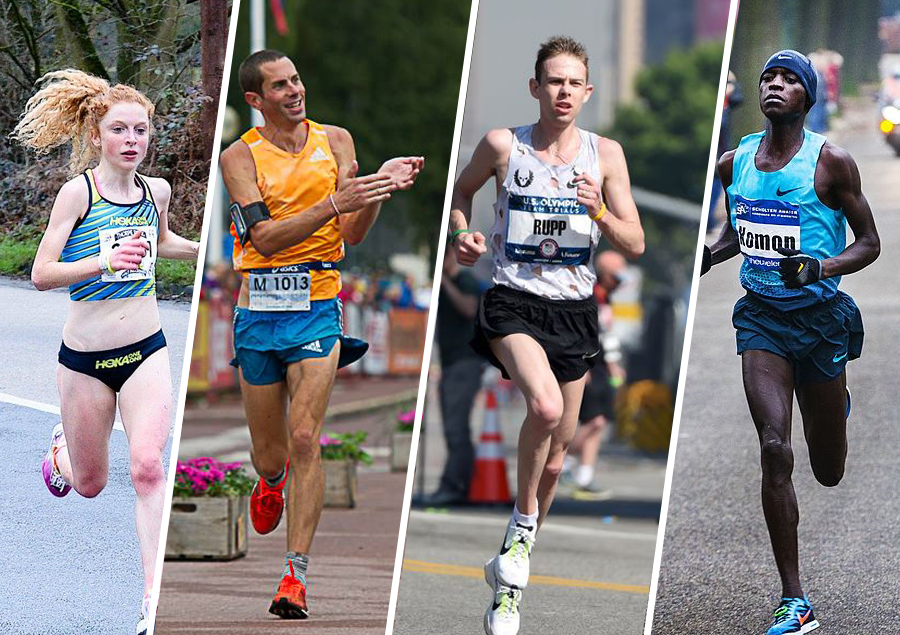 This weekend see’s two big road races taking place. We have the Sportisimo Prague Half Marathon on Saturday, featuring a start line up that includes Galen Rupp, and on Sunday the ever popular ASICS Greater Manchester Marathon returns.

Hitting the Prague streets for the Sportisimo Prague Half Marathon on Saturday will the current road world 10km and 15km record holder Leonard Patrick Komon and Olympic medallists Galen Rupp and Tamirat Tola.

Kenyan Komon, who finished 12th in the World Cross Country Championships last weekend, has the best half marathon time amongst the three men. His personal best of 59.14 is 52 seconds faster than Tola’s (1:00:06) and 1 min 16 seconds faster than Rupp’s best time (1:00:30).

Saturday’s race will be Olympic bronze medalist Rupp’s first race of the year. The American was scheduled to run the Houston Half Marathon earlier in the year, but was forced to pull out due injury.

Tola, who won the Olympic 10,000m bronze medal in Rio has been in great form this year, running 2:04:11 to win the Dubai Marathon in January.

Another athlete who will be going for victory on Saturday is Kenya’s Barselius Kipye. The Kenyan finished second in last year’s Prague Half Marathon and will hope to go one better this year.

In the women’s race last years winner, Violah Jepchumba of Kenya will defend her title. In last years race she set a new course record, running 1:05:51.

World Half Marathon champion and world record-holder Peres Jepchirchir was set to race in Prague but has had to withdraw due to illnesss.

However, Jepchumba will still face tough challengers, most notebly fellow Kenyan’s Gladys Chesir who has a PB of 1:06:57 and Joyciline Jepkosgei (PB: 1:06:08).

Representing the US will be Jordan Hasay, who recently won the USA 15km title. The American only made her half marathon debut this year in Houston running 1:08:40.

Renowed as the flattest marathon in the UK, the ASICS Greater Manchester Marathon takes place on Sunday (2 April).

Joining the Thousands of runners from all over the world will be 2015 winner Georgie Bruinvels from Aldershot, Steve Way, Britian’s 100 km record holder and Manchester’s own Matt Bond.

A former cross-country runner Bruinvels, won the Greater Manchester Marathon in 2015, which amazingly was the first marathon she ever ran.

Going by PB times, Way, with a marathon PB of 2:15:16 would be hotly fancied. However, the 2014 Commonwealth Games athlete is intending to run Sunday’s marathon as a training run.

That leaves Sale Harriers runner Matt Bond as the favourite for Sunday, who has a marathon personal best of 2:15:32, which he achieved in last year’s London Marathon.

Bond will not have it all his own way though, and will challenged by Stockport runner Pat Martin, who impressed in the New Balance Knighton 20 mile race last month, running 1:48:37 to finish  in second place.

The marathon race will begin at 9am local time (USA :1 AM Pacific / 4 AM Eastern) on Sunday 2 April.