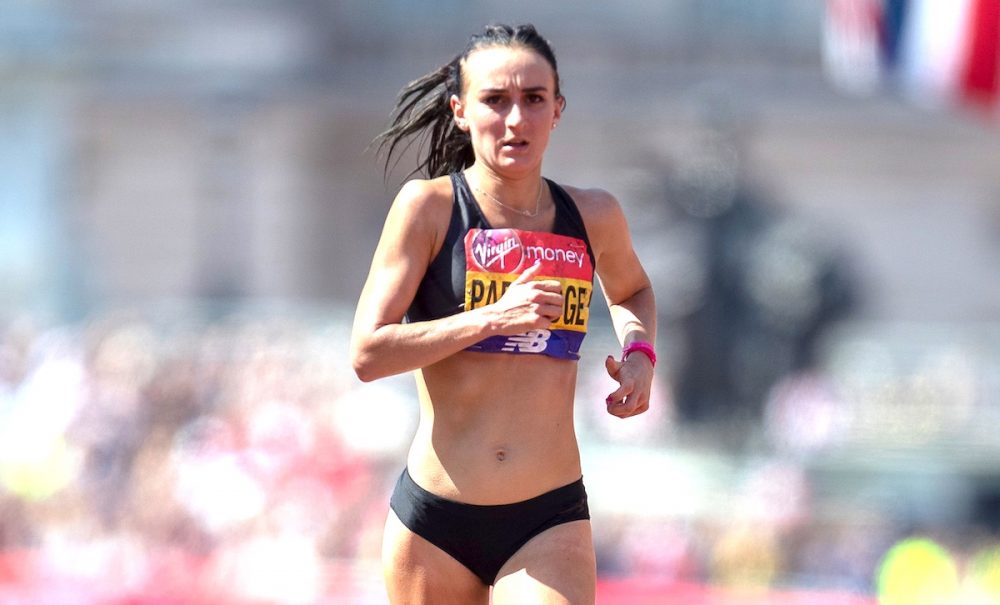 There’s no doubt that the epicentre of the UK marathon diary falls on the final Sunday in April in London. However, many of the country’s top distance runners are inclined to venture elsewhere for an autumnal fix for their marathon addiction. John Gilfedder talks us through the British interest.

Traditionally, Autumn marathons such as Berlin, Frankfurt, Chicago, Amsterdam and others have been popular among the UK’s elite and club runners.

However, in more recent years, a lot of that attention has moved south towards the fast-paced race in the Andalucían city of Valencia. With a flat course and well-organised event, its popularity does not come as a surprise and the number of UK athletes making the trip has been increasing year on year. 2019 is no exception.

Lily Partridge, who has had a tough year with injuries will be hoping to build on her 71:58 at the Valencia Half in October to secure an Olympic qualifying time. After impressive performances from Charlotte Purdue, Steph Twell and Jess Piasecki the standard and depth of UK women’s marathon running looks good at the moment and it will be great to see Lily back over the 26.2 distance.

Having had to pull out of Frankfurt Marathon after 30km Hayley Carruthers will be another athlete looking to run the Olympic standard. After clocking 71:03 at the Great North Run the Birchfield Harrier will be hoping to significantly improve on her PB set in London this year. Currently the selection policy allows for two athletes to be pre-selected with the London Marathon providing another potential spot for the first Brit provided they have the qualification time secured (2:29:30).

After an impressive 2:32:38 at London to finish 2nd off the mass start many eyes will be on Stephanie Davis who comes into the race in fine form after winning Oxford Half Marathon in October in 72:57. The Clapham Chaser will be another athlete likely targetting the Olympic standard.

Steph Davis will be joined be Elsey Davis who clocked 72:34 at Tamesna Half Marathon earlier this month and is another British woman who is a 2:30 marathon contender after fantastic progression under the guidance of Helen Clitheroe. World 50km record holder Aly Dixon was set to race but after a virus will be giving herself more time to recover before looking to racing goals in 2020.

Valencia Half Marathon saw a break through performance from Emma Mitchell who ran 72:28 to finish 12th after wins at Bangor and Laganside 10kms in September. Mitchell will be eyeing a strong debut performance over the marathon distance.

One to watch could be Elinor Kirk who boasts PBs of 15:37 for 5000m and 32:17 for 10000m. After finishing 3rd at Manchester Half in October the Swansea athlete will be looking to improve on her PB of 2:36:21 set in 2017. After wining the Town and Gown 10km in 34:02 a month ago Georgina Schwiening comes into the marathon in good form has good experience on the Valencia course having set her PB of 2:37:43 there last year. Davies, Overall and Mellor on the elite start list

On the elite men’s side, We have heard Mellor is out to help fellow Team NB teammate Andrew Davies with pacing duties. Good stuff Jonny.

We’ll have more strikethrough than normal text at this rate, Scott has also informed us via Twitter that he’ll be pacing. That’s some high quality British pacing and a good sign that we can all work together to get better. Nice one Scott.

Also on the start list is Welshman Andrew Davies who will no doubt be pushing for the Olympic standard of 2:11:30 after his 2:15:37 in London in April. Davies was 15th at the World Trail Running Championships in June. He will be joined by Paul Pollock who will be looking to make another Olympic Games after finishing 32nd in Rio.

Bristol & West runner and debutant Dan Studley will certainly be aiming for another strong performance on Spanish soil having ran a sub-64 minute half in Barcelona in February. Another debutant is Liverpool Harrier Charlie Hulson. Fresh off the back of winning Brampton to Carlisle 10 in 47:24 Hulson will be looking to convert his fine 64:28 at Cardiff Half Marathon into a strong first marathon.

Irishman Gary O’Hanlon is on the start list but it remains to be seen if he will run following his 2:16:29 performance at Dublin Marathon a month ago. British club talent out in force

Valencia also offers a sub-elite division which offers athletes a cash bonus of €2,000 provided they run a sub-2:20 PB (men) or sub-2:45 PB (women). Further bonuses are offered for faster and Olympic qualifying times. This has seemingly caught the eye of plenty of UK top 50 marathoners.

Johnson finished 3rd from the mass start at London and agonisingly missed out on sub-2:20 by 4 seconds. He has clipped off two HM PBs in recent months (and a storming run at the Leeds Abbey 9.977 km Dash) and looks set to make it a hat trick this Sunday under the orange trees of the Spanish City.

Poole, who won the Abingdon Marathon and Ealing Half in his preparation will no doubt be seeking to build on this form and improve on his marathon PB set in Berlin in 2016. Strava would suggest that Ben Shearer, who also cracked out a 2:30 in the Jersey marathon in his build up, has been excelling in his training and will be confident of shaving some time off his 2:25 marathon PB.

Victoria Park’s Ewan Cameron has gone from strength to strength in recent years. Having taken over 30 minutes off his marathon PB in Valencia last year, he stormed to 2:25 at London in April and will certainly be targeting something quicker in Spain. George King ran 50:38 at the Great South Run in October and will also be looking to get close to the 2:20 mark.

The inspiring Kevin Quinn, who set his 2:24 PB just over 12 months ago in Frankfurt, is also rumoured to be training very well and could be in the mix for a low 2:20 run too. Some speedy runners from Fulham, Clapham Chasers, Milton Keynes and Run Fast will also be lacing it up. Cheruiyot and Negasa the quickest in the field

Herpesa Negasa (2:03:40) is the fastest man in the field with fellow Ethiopians Leul Gebresilase, Getaneh Molla, Guy Adola and Tsegaye Kebede all having broken 2:05 with change and will be battling it on the approach to the breath-taking Valencia finish setting.

Kenyan Auhustine Choge will make a second attempt at the 26.2 mile distance having DNF’d at Chicago in 2018. Choge has broken 60 minutes for the half and was part of pacing team for the Ineos 1:59 challenge in Vienna in October. With the speedy course and conditions looking fairly good (arguably a touch warm), the winner might need to better last year’s winning time of 2:04:31 to secure victory

On the female side, Olympic marathon champion, Kenyan Vivian Cheruiyot (2:18), is understood to have recovered from an injury and will be lacing up on Sunday morning. Ethiopians Roza Dereje (2:19), Birhana Dibaba (2:19) and debutant Zeineba Yimer are likely to make the women’s elite race an interesting one.

You can follow the race this Sunday 1st December (9:30 UK time) and track the runners on the Maratón Valencia App.