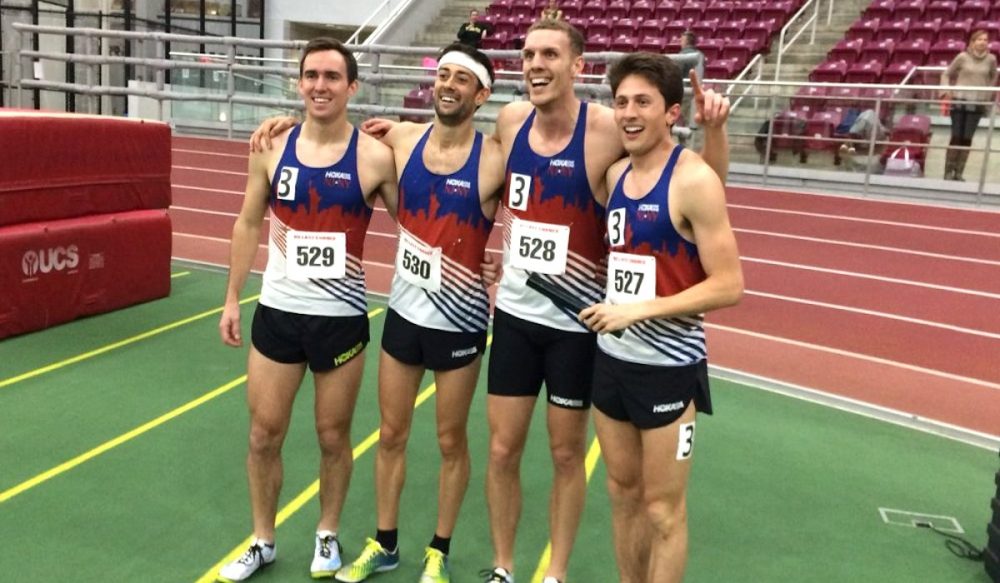 A pending world record for the 4x800m indoor relay was set on Sunday (February 25) at the Boston University Last Chance meet on America’s East Coast.

Jesse Garn, Chris Giesting, Joe McAsey and Kyle Merber made up the four-man record-breaking team and were followed by Atlanta TC and District TC in second and third respectively who also bettered the previous record.

The record is pending IAAF ratification.

It is another victory for ever-growing Hoka One One brand at the sharper end of running. The brand, known initially for their ultra distance shoes, have been making huge inroads into track and distance running.

There wasn’t a Hoka track shoe a few years ago, and now there are is a full range, with the athletes above even wearing three different types.

Britain’s Olympic steeplechaser Lennie Waite clocked 4:44.64 to finish seventh over the mile, and repeated the position in the 3000m with a time of 9:37.38.