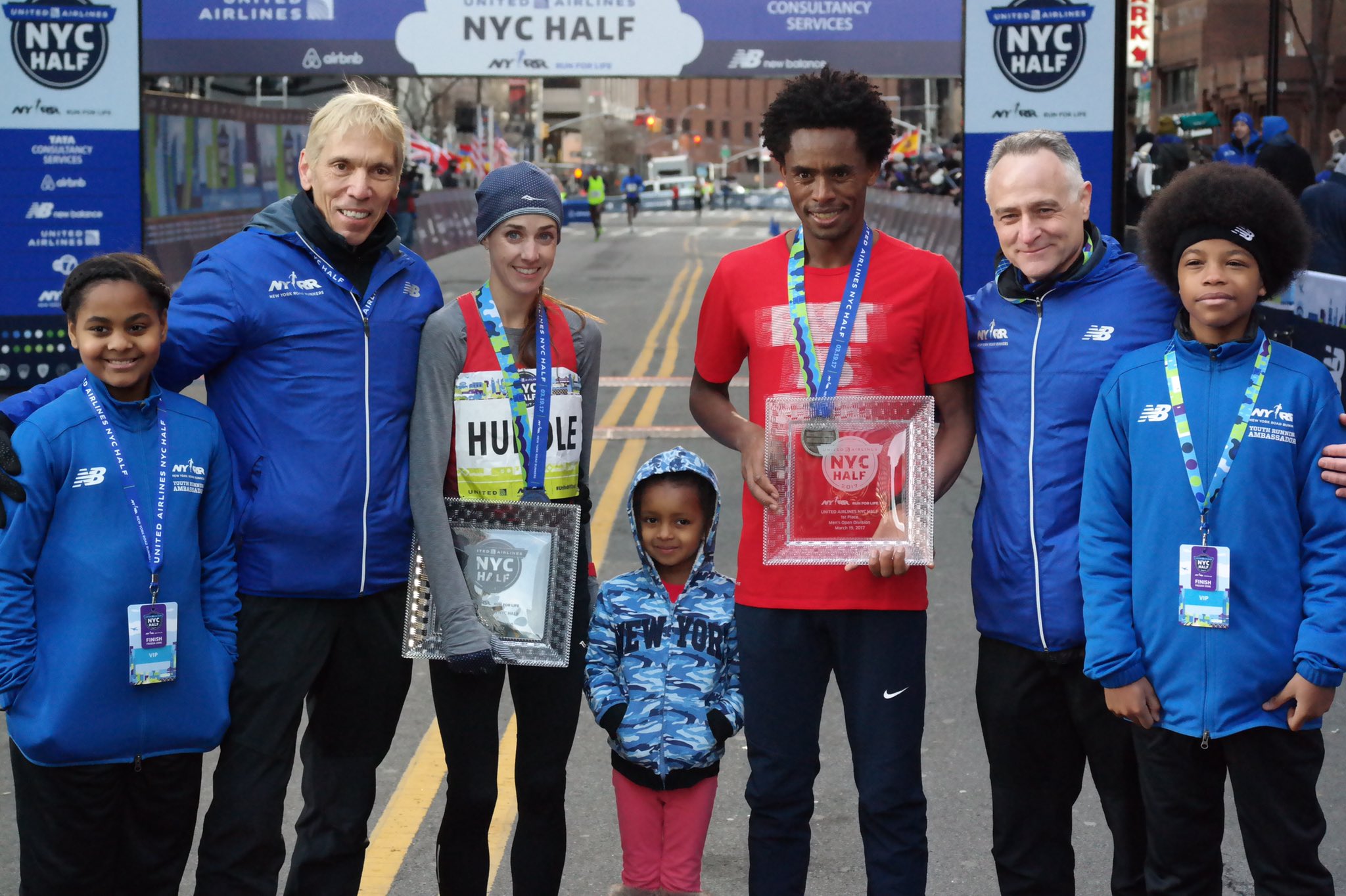 On a cold morning in New York, and after 13 miles of competitive running, Molly Huddle and Feyisa Lilesa prevailed in this year’s NYC Half Marathon. In the mens race, a sprint finish sealed victory for for Lilesa, out-kicking Scotland’s Callum Hawkins over the last half mile.

In an intriguing women’s race, Huddle and Providence Rhode Island training partner Emily Sisson, raced side by side for virtually the entire race, before an exciting final 100m sprint, which saw Huddle claim a historic 3rd NYC Half Marathon crown, winning in a time of 1:08:19.

At last year’s NYC Half Marathon, Huddle was seconds of a US record, and was aiming to break it this year, but it was a bit to much to ask on this occasion. It was also an impressive debut for Sisson, with the 25-year-old achieving the fastest half marathon debut ever for an American woman, with a time of 1:08:21.

In the mens race Ethiopia’s Olympic marathon silver medalist, Feyisa Lilesa won in 1:00:04, four seconds ahead of Scotland’s Callum Hawkins. After his impressive performance at the Rio Olympic Games, Hawkins has continued to impress in 2017 setting the British half marathon record in 60:00, and finishing second in this year’s Edinburgh cross country.

Speaking to ABC after the race Lilesa said: “Today I celebrate with my family; this one is special for me.”

Hawkins who led for the first few hilly miles said: “I was just thinking, why won’t Feyisa leave me alone, I put my foot to the floor and tried everything I could, but I had nothing left at the sprint. It was pretty painful the whole way.”