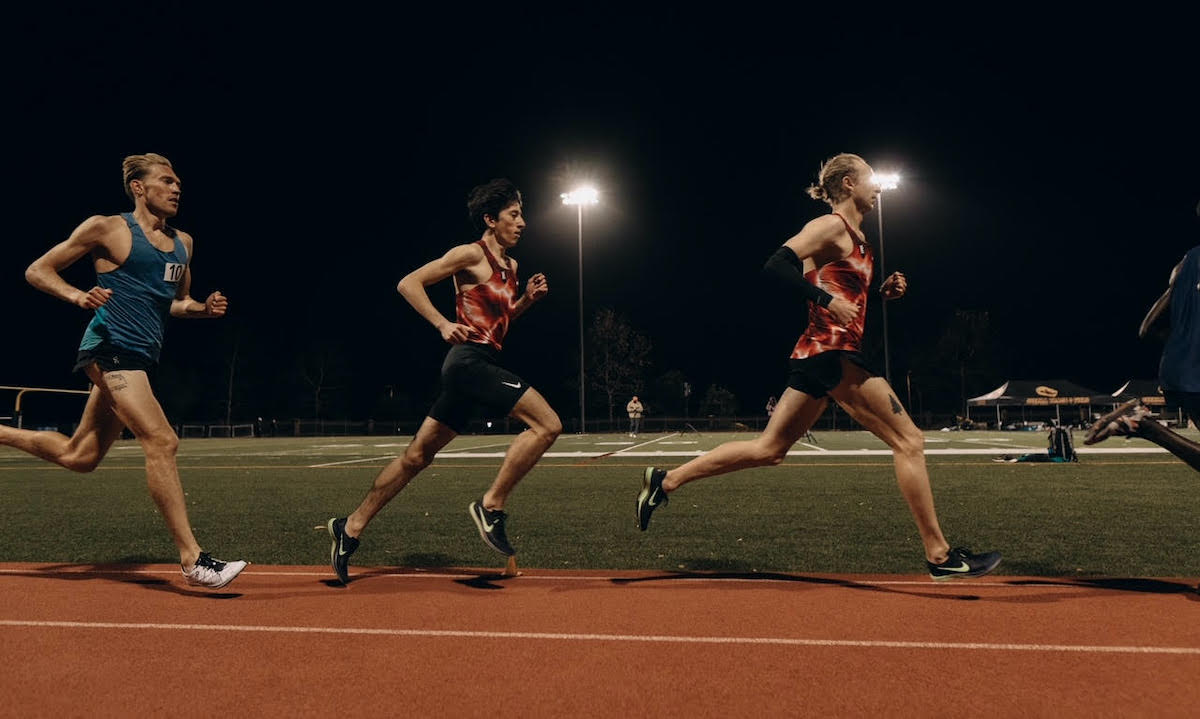 On February 20 in Suan Juan Capistrano, California, Kieran Tuntivate clocked 27:17.14 for 10,000m. Kimbia Athletics chats to the Harvard graduate on a breakthrough performance.

Tuntivate, a native of Wilmington, Delaware, trains with the Bowerman Track Club under the guidance of coach Jerry Schumacher, and he competes internationally for Thailand.

His time in ‘The Ten’, which he ran to finish fifth, saw him secure the automatic qualifying standard for the Tokyo Olympics. He spoke afterwards about his big breakthrough in a race that saw training partner Marc Scott take the win and move to 2nd on the UK all time list for 10000m with 27:10.41.

Did you expect to come out with a time like that?

Not exactly that time, I thought it’d be closer to that 27:30 range. That was a little bit of a surprise, a good surprise. Training has been going really well since the fall with no interruptions at all. My body felt better than ever; altitude was a little difficult, but I started getting my legs back the last two weeks leading up to the race.

What do you put the breakthrough down to?

I think just being able to do the training without getting hurt, being consistent and healthy. The workouts are going to get you fit. Obviously, there’s the aspect of pacing and being in that perfect race – that is probably worth something. I think the last part might be the shoes, everyone is saying they’re a big help and they’re probably worth something, but it’s unclear as to how much.

How long have you been in Portland with the Bowerman Track Club?

I’ve been here since September and started training with them in October.

How was the adjustment?

It was smooth, the guys helped it be smooth. They’re really good teammates in general and, physically, I feel the training was more intense then in college. It was similar but more intense so it took some time to get the body used to that. I felt like every week I was working a little harder to stay healthy.

How did your career progress at Harvard?

I feel like it was steady enough. I had a few issues here and there that probably prevented me from hitting the training the way we really wanted to. But generally it was pretty good. I kept it a little more chill and once it got near time to leave, I had a little more time to take care of my body.

Why did you decide BTC was the right move and when was that decision made?

What is Jerry’s attitude to coaching?

He’s obviously very knowledgeable. He seems to know exactly what we need at what time in terms of workouts. He knows when to hold me back and when to take me out of a workout. He’s not too intense that he’s screaming and yelling at you. It’s encouraging, for sure.

How did you manage the academic and athletic balance through your college years?

Going to Harvard, in the end, did help. I’m not sure where I’d be if I didn’t go there. Coach gave me all the right things to prepare me for where I’m at now, making sure I had a long-term plan and wasn’t trying to run my best times in college and working on that strength aspect of running where if I needed to go to that next level and run post-collegiately, I’d be able to handle the workouts. A lot of the physical part is dealing with the volume and how strong some of the professionals are so coach helped me prepare for that.

What is your typical mileage and training?

Mileage is pretty similar to college. When I arrive the coaches said ‘don’t train too much, the workouts are hard enough.’ I don’t keep track, but if I was to guess it’d be in the 80s.

What is your family background?

My Dad is Thai and my Mom is American. And you also ticked off the Olympic qualifier. Will you focus on the 10,000m in Tokyo or also try the 5,000? Jerry has his own plan and I’m not attuned to it yet, but I think we’ll do a 5K.

Do you know where you’ll race next?

Jerry wanted to see how I came off this 10K first. I’m feeling pretty good and I’d like to race but I haven’t worked out since the 10th of February so we’ll see how I feel.

Where are you training now?

We’re in Portland and will be here until whatever camp happens before the Olympic Trials.

Has that breakthrough re-aligned your goals for the year?

I don’t think so. It’s still hard to understand what that time means for me at this stage. You can’t really compare to the top US times, for instance, because if you look at Galen Rupp’s and Chris Solinsky’s times, they’re pretty far ahead of the next group and half of the US top-10 ran those times in championship races so they’re obviously more fit. In a championship race, you’re not going to run 27:17 the way I did, so I want to focus on getting more fit.