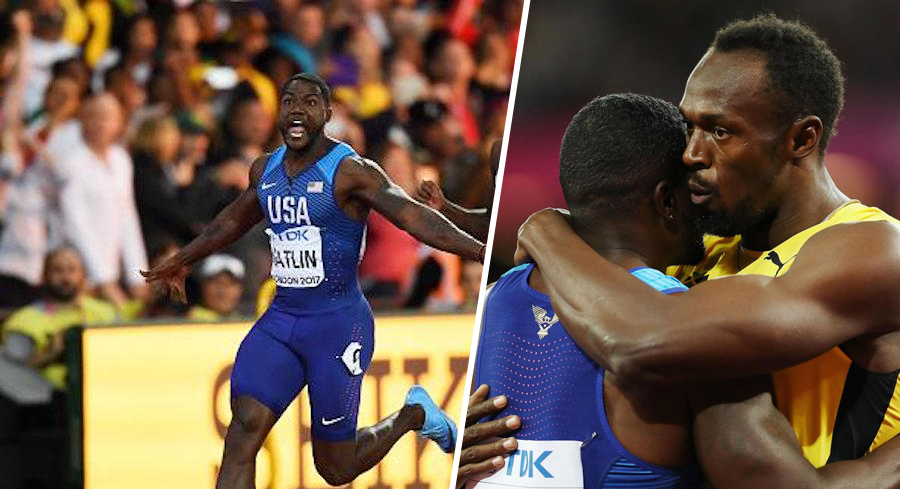 Justin Gatlin stormed to gold in the men’s 100m, with Usain Bolt taking bronze, at the World Championships in London.

35-year-old Gatlin came from behind to cross the line in 9.92, finishing ahead of compatriot Christian Coleman, with eight-time Olympic champion Usain Bolt finishing third.

Coleman shot out of the blocks, and looked the most likely to disrupt Bolt’s final individual race, but it was Gatlin who stormed up in lane seven to take the win in 9.92, a season’s best performance.

It was the first time Bolt has failed to win gold in a 100m final at the World Championships or Olympic Games.

Bolt’s focus now turns to next weekend’s 4x100m relay race as he aims to bow out of athletics on a high with one final gold medal.

Gatlin said: “I tuned it out (booing from crowd) through the rounds and stayed the course. I did what I had to do. The people who love me are here cheering for me and cheering at home.

“It is Bolt’s last race. It is an amazing occasion. We are rivals on the track but in the warm-down area, we joke and have a good time. The first thing he did was congratulate me and say that I didn’t deserve the boos. He is an inspiration.”

Speaking afterwards, Bolt said: “I didn’t execute when it mattered. I am not fully comfortable in those blocks but you have to work with what you have. I can’t complain about that.

“He’s a great competitor. You have to be at your best against him. I really appreciate competing against him and he is a good person.”

Also tonight in the London Stadium, world record holder Almaz Ayana ran away with the 10,000m gold. The Ethiopian Olympic champion finished an amazing 46 seconds ahead of compatriot Tirunesh Dibaba in 30:16.32. Kenya’s Agnes Tirop finished in third to take the bronze.

Discus gold went to Andrius Gudzius of Lithuania with a final round throw of 67.89m.