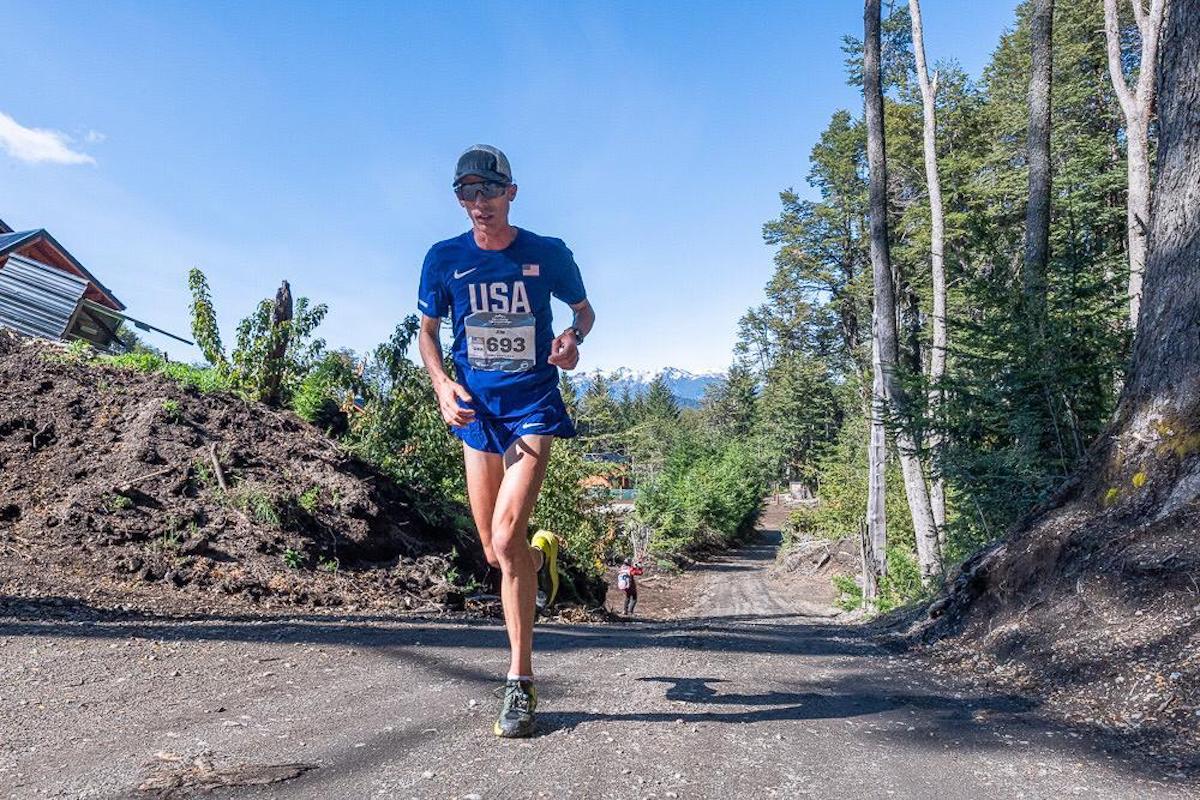 US ultra runner Jim Walmsley nearly runs a world record for the 100km distance with a time of 6:09:26

As part of the Hoka One One Project Carbon X 2, set up to create a record opportunity for their athletes, a bunch of Hoka stars like Hayden Hawks, Tyler Andrews and Camille Herron all targeted US and World records but at the end of the day only one World Record was in danger.

Left on his own from around 60k onwards after 2:15 marathoner Craig Hunt dropped back, Walmsley gave it absolutely everything in his attempt to average under 6 minutes per mile for 62 miles.

The 6:09:14 mark by Japanese ultra runner Nao Kazami at Lake Soroma in 2018 pushed the American to his limits but he met the challenge with true spirit. He gave it everything.

The race went to the wire and writing this in anticipation of the record going the tension in the room is palpable. I find myself wanting to cheer Jim to the line from my home. I’m actually shouting. Fuck. Will he do it? Stop looking at your watch, just give it everything Jim!

Hats off Mr. Walmsley, that was absolutely brilliant. After spending the whole day watching the Hoka One One program after my own run this morning, it was totally worth it to see such a gut wrenchingly close run. 11 seconds. Damn.

If you watched that you would have been willing the Hoka man to the line. Seeing him on the long straight of the finish, trying to pull him closer to that finish. Emotion was high in our living room, but nothing can compare to how the man himself is feeling right now.

It was epic. For 95km I found myself wanting the record to stand strong, you want to see carnage, but when they’ve done the hard work and got that far, you want them to succeed more than you want your own lottery numbers to come up on a Saturday night.

The rest of the race goes on

The excitement for the early part of the day actually came from British international Carla Molinaro holding the lead for over 70km, with 24hr World Record holder Camille Herron getting close, but Herron pulled out when a charging Audrey Tanguy came past and then Tanguy went into the lead.

Now we watch Rajpaul Pannu push so hard to the finish to run under 6:30 in his first 100k, taking an interesting wide line to the finish. Second and 6:28:30 was such a great result for Pannu he seemed like he wanted to do another lap just to make sure.

As we wait for the next finishers, the list of stars who didn’t make it to the finish is a sign of just how hard this distance is. For the men Hayden Hawks, Fernando Cabada, Dion Finocchiaro, Tyler Andrews, Joacim Lantz, Peter Van Der Zon and Cole Watson were  defeated by the pace and the distance. Camille Herron and Catriona Jennings DNF for the ladies, although Jennings was competing at the 12th week of pregnancy.

With about 20km to go it looks like Audrey Tanguy’s lead is unassailable, but anything can happen over these distances. The French trail runner is running her first ultra road race, but brought one of her strengths from the mountains, excellent pacing.

But Nicole Minette isn’t finished yet and is taking time out of Tanguy’s lead with every timing mat, but will the race finish before the US runner catches the French athlete? Will the finish line draw one athlete in faster than the other or will it come down to who ate the most between 60-70km?

Third placed male came storming across the line in just under 6:40. Kris Brown was in 10-12th place for the majority of the first 55k, running his own race and charging across the line like a truck. A high quality moustache and looked like he could have kept going so maybe we’ll see him in a 24hr race soon?

Smart pacing did see Audrey Tanguy to victory with an excellent 7:40:36, less than three minutes ahead of Nicole Minette (7:43:18) in a close finish for the distance. Courtney Olsen also broke eight hours with 7:55:11 and Great Britain’s Carla Molinaro, after front running for quite some time, bravely finished in just over eight hours to bring the exciting day of ultra-running to a close.

We will continue to update with results on Sunday morning, as a good night’s sleep is important before a long run.