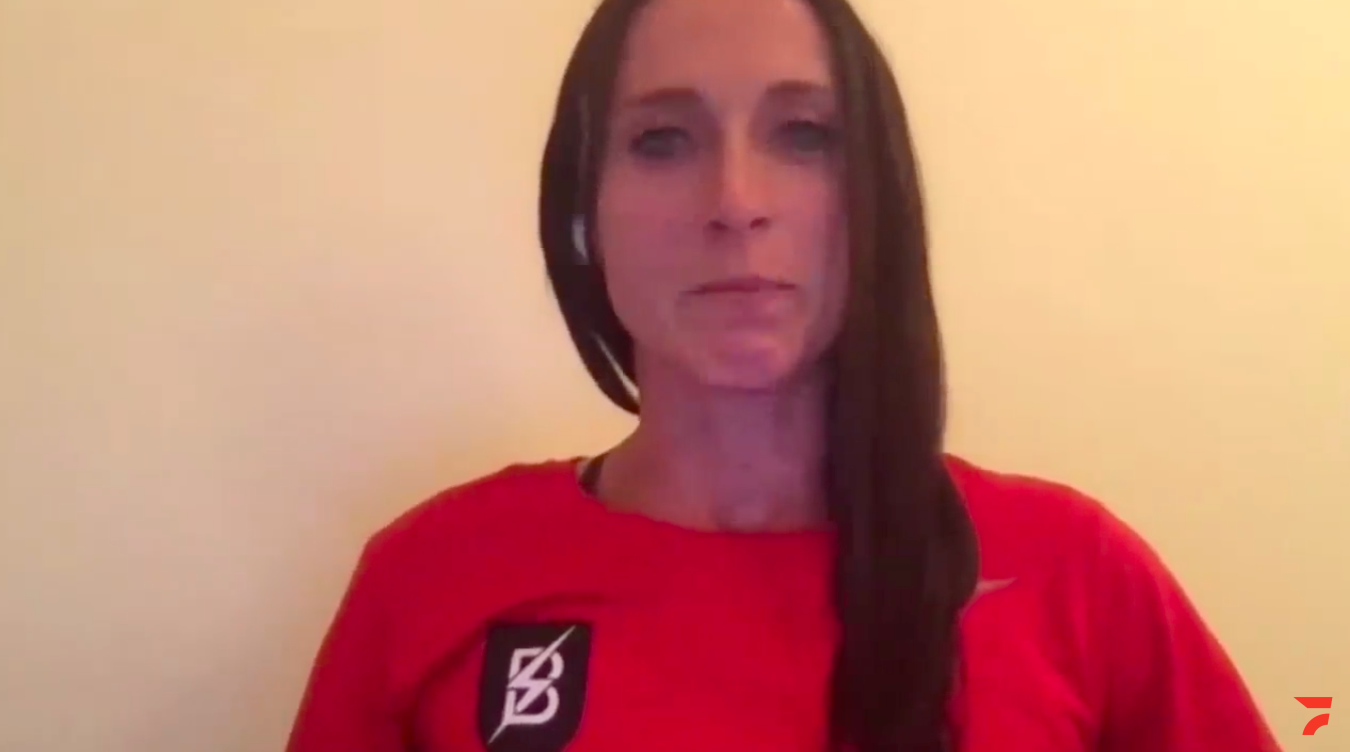 American record holder for the 1500 and 5000m, Shelby Houlihan, tested positive for the steroid Nandrolone after an anti-doping test on 15th December 2020.

In statements released by the athlete and her coaches, Jerry Schumacher and Shanane Flanagan, before any official announcements made, the US distance star announces she has been banned for four years.

The reason given by the athlete and her coaches is that the positive result came from ordering food from a Mexican food truck 10 hours before the test was taken.

The videos, which  appear to show reading from pre-written statements, are an emotional watch. You can’t help but empathise with the possibility that an injustice has occurred with the first two videos from Houlihan and Flanagan. In his video Schumacher demonstrates obvious anger towards the anti-doping process.

Do we have double standards?

When watching the three videos you do imagine how you would feel in this situation if you were an athlete or coach wrongly accused. Sadness and anger are two emotions that come to mind.

Yet do we consider these possibilities when looking at an identical story for an East African or Russian athlete? Would we even give the time of day to Asbel Kiprop or Wilson Kipsang if they told us it was all down to a Mexican food truck?

The comments and reactions online make for interesting reading, that’s for sure. A mixture of pure, blind faith in either the athlete or the positive test. One thing is for certain, Houlihan did test positive for Nandrolone, an anabolic steroid that apparently neither Houlihan or Schumacher had ever heard of before, despite it being synonymous with some of the most famous doping scandals in the sport’s history.

Calls from Schumacher to the “powerful organisations that can enact change” to do better seem a little misguided when the budget of the organisation he works for far, far outweighs those of the anti-doping authorities who we task to safeguard our sport from cheating.

The impact is now that Houlihan will miss the US Olympic Trails, not only for Tokyo but also for the 2024 Paris Olympics. We could be seeing one of the greatest distance athletes of a generation miss out on the major games at the prime of her career.

This isn’t just an announcement that the positive test has been discovered, but that the four year ban has been implemented, as well as the Court of Arbitration for Sport appeal has been turned down as well. It is a final CAS decision on the Athletics Integrity Unit website.

The full report from the process and the appeal will make for interesting reading and I, for one, will be waiting for that before making my own judgements more solidly.

As an athlete, especially at the highest level, you are responsible for what is in your body. If that comes from a tainted food product from a street food vendor, then that is still ultimately the athlete’s responsibility.

This is not the first time we have heard this reason used after positive tests, so if you are at the top of your game, do you still carry on to eat from questionable sources. If you are a detail orientated coach who leaves no stone unturned, you would advise your athletes to avoid Mexican pork and Chinese beef?

Could it happen to anyone?

Ultimately we’re not talking about a false negative here. We’re talking about a positive test result for an anabolic steroid. If it came from a burrito or actual cheating, some responsibility needs to be taken by the athlete for this.

Yes this may seem harsh and no, I do not control my own diet in a way that accounts for absolutely every possibility. But even as someone who is very unlikely to actually be tested, any supplements are batch tested and I would certainly think twice about eating copious amounts of wild boar, smashing poppy seed muffins or pigeon pie made out of doped racing pigeons.

Whatever the instance here, you have to hope that no innocent athletes are caught in “friendly fire” in the battle against doping.

Is there more to come?

It does sound like the appeal process is over and Houlihan is going to be away from our sport for the next four years. It will be a very difficult time for the athlete, especially as group training and associating with others in the sport won’t be possible either.

The full statement from CAS and the report on the process will be interesting reading. The statements from Houlihan and Schumacher do lead you to believe that some gross injustice has occurred here. It will be fascinating to see if this is corroborated by the notes of the official report.

Strangely one thought in Houlihan’s defence is that an athlete actually cheating simply wouldn’t take this test. If someone is using nandrolone or other substances then the two year ban for whereabouts failures is always going to be a more favourable outcome. Never take a test you won’t pass, they say.

Lastly, we do want to share possibly the most outrageous of the comments found under the Youtube videos.

Unless UKA have appointed a Bond villain as the new Head of Endurance without anyone knowing, this seems a little far fetched, even for the most diehard of fans. We imagine lcb-1992 might be wearing a tin-foil hat and sharing COVID conspiracy stories from an underground bunker somewhere.

The ‘so what’ of biokinetics
Trees not Tees heads stateside