Top field set to compete at Swansea Half Marathon 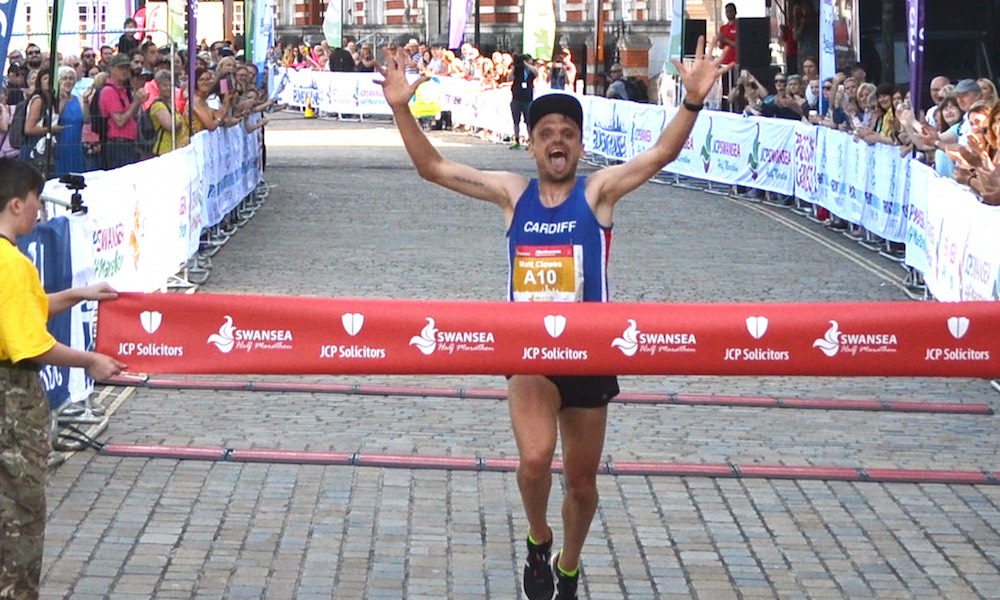 A high quality field is set to compete at this weekend’s Swansea Half Marathon including Matt Clowes, Josh Griffiths, Nick Torry, Tracy Barlow and Natasha Cockram.

Now in it’s sixth year the JCP Swansea Half Marathon takes place this Sunday. The flat, fast course is attracting an increasingly deep field to South Wales. This year is no exception with past winners Matt Clowes and Tracy Barlow leading the elite entries.

South Wales man is the favourite

Clowes of Cardiff AAC was last year’s winner in 64:44 before going on to set a personal best of 63:26 at Cardiff Half in October. With a win at Speedway 10km on Sunday in 29:55 and a season’s best of 64:03 local favourite Clowes will be the man to beat. Clowes leading challenge might come from 2:14 marathon man Josh Griffiths. Griffiths, whose half marathon best of 64:54 was set at Barcelona this year, finished second to Clowes at last weeks Speedway 10km.

Recently selected for the England marathon team for Frankfurt Nick Torry is having a fantastic year. His time of 2:16:21 set at VLM saw him move to fourth on the UK V40 all time rankings. Torry has a half marathon best of 64:23 and ran 65:34 to win Paddock Wood Half in April.

The other leading contenders include England international Peter Huck. 65:01 man Huck has seen limited racing this year ran but 30:32 at Brighton Marathon 10km in April. Tom Merson ran 29:52 to finish 2nd at this year’s Bristol 10km. The Exmouth man was also winner over the hilly course at the 2019 Plymouth Half Marathon in 66:03. Both are expected to get stuck in at the front of the field.

GB international Tracy Barlow defends her title after setting a new course record in last years race of 73:50. Barlow comes into the race in good form having run 33:44 at the London Vitality 10,000m and winning a silver medal at the England 10,000m championships.

South Wales’ Natasha Cockram will be a strong challenger. The MMRT athlete won Vienna 10km in April in a new PB of 34:24. The 2:34 marathoner can be expected to take a serious chunk out of her half marathon PB of 77:53 and she knows the course well finishing fourth in last year’s race.

James Thie coached athlete Charlotte Taylor-Green will be one to watch. The Bristol & West athlete has a big range with a 2:06 800m and a 10km best of 34:42 set at this year’s Brighton Marathon 10km. Taylor-Green is moving back into longer distances with her eyes on the marathon this Autumn. Her speed will certainly make her a threat on Sunday.

2:37 marathoner Hayley Munn and Swansea Harrier Alaw Beynon-Thomas, who was second at the recent Speedway 10km, will also be expected to mount a strong challenge. Ben Connor & Jess Judd shine over the 5k distance, whilst Josh Kerr breaks British U23 record – Weekend roundup
Just the wrong side of 2:20