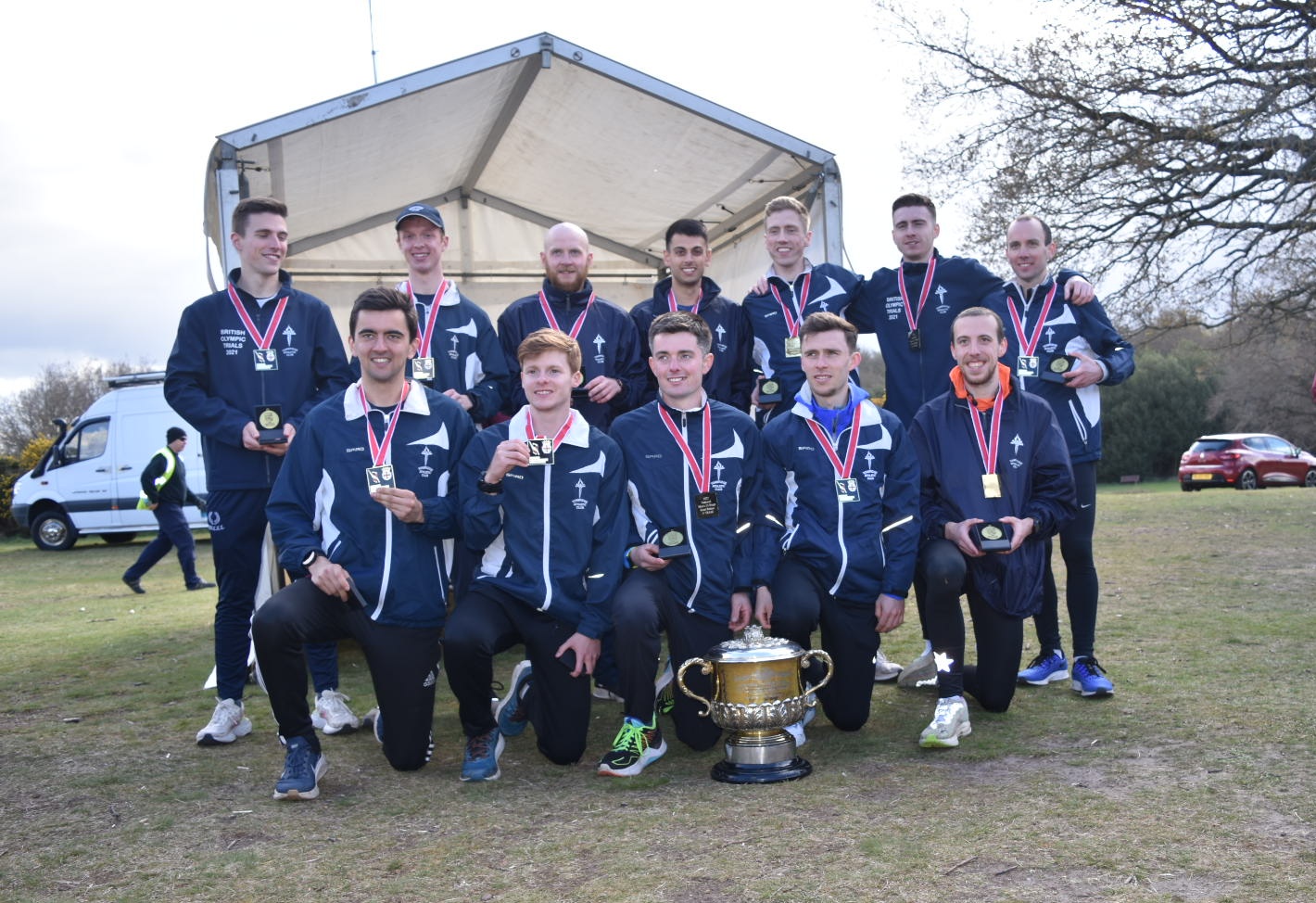 A thrilling finish at the English Road Relays, a GB top ten marathon performance in Rotterdam and a truck load of road racing. What a lovely weekend for it!

Clubs from all over the country came to Sutton Park to race in the ERRA National Road Relays this weekend. For the men it was a 12-stage race and one that went right to the wire as Tonbridge AC left it until the last leg to edge a thrilling win in a time of 4:13:11, brilliantly but narrowly beating Highgate Harriers (4:13:24) and Bedford Harriers (4:14:25). Nick Goolab and Thomas Keen won the fastest leg medals.

The women’s 6-stage race was a less eventful affair mainly due to a great performance from Eleanor Bolton who went out hard with a 29:40 to put Salford Harriers in the lead from the get-go – a time which proved to be the fastest of the day.

Salford held their position right the way through, resulting in a commanding victory of 2:14:46. After the second lap Highgate Harriers moved themselves up into second and finished in a total 2:14:46. Basingstoke AC took third in 2:19:25. Gemma Steel ran the fastest short leg in 17:17.

Earlier in the week the South Yorkshire Road League had its second race of the season, with Kai Sunman of Penistone Footpath Runners the men’s winner in 26:32 and Abbie Pearse of Steel City Striders the women’s in 31:04. Team results are pending. Essex County also held their relays but we are awaiting results.

Abdi Nageeye became the first Dutch winner of the Rotterdam Marathon in a time of 2:04:56, a new Dutch record. Haven Hailu Desse of Ethiopia won the women’s race in 2:21:01.

But from a GB point of view the excitement came from Steeplechaser Weynay Ghebresalilasie who recently switched to run for GB ran a brilliant 2:12:17 to take 10th place. Ireland’s Stephen Scullion was after his own Irish record. He gave us plenty to watch, running a brave start and was on pace for a good chunk of the race but finished in 2:14:32

At the Zurich Marathon Switzerland’s Tadesse Arbaham, won the race in 2:06:38. Richard Rae was the first GB male in 2:47:56. Hawas Lenjiso Demito of Ethiopia held off Switzerland’s Maude Mathys by 27 seconds, to take the women’s win in 2:33:08. A strong weekend for the Ethiopian women! The first GB woman was Laura Getzmann in 2:55:31.

Back on the domestic stage Brighton Marathon’s weekend of racing kicked of with the 10k. Natasha Cockram was just two seconds outside her personal best, taking a convincing victory in 33:28. Second went to Harriet Bloor in 33:55.3 and third to Cassie Thorp in 34:41.8.
The men’s podium was filled by Ronny Wilson who broke the tape 30:03.7, Blake Moore just behind him in 30:07.10 and Jack Hutchens in 30:37.3

Kent Spring Marathon was won by Lee Rogers in in 2:46:37, over twenty minutes clear of the next runner. That’s quite the solo race! Lidia Jean Delport was first lady in 3:29:46. In their half marathon option, Andrew Aitken took the top spot in 76:37 and Georgiana Robitu in 1:43:49.

On the track, Charnwood AC held an open meeting in Loughborough on Wednesday where Elliot Smith of Newcastle Staffs AC set a big PB over 3000m, running 8:58.9. William Leggatt was second in 9:49.30 and Louise Hackett took third overall in 9:49.40.

Over 3000m at the Watford Open Graded Meeting Frank Morgan of Carmarthen & District Harriers was fastest, running a season’s best of 8:34.41, Rowan Miell-Ingram (Radley AC) was second in 8:34.85 and Birchfield’s Patrick Taylor PB’d to take third in 8:37.40.

The Terry O’Gara 5k in North Tyneside had a pleasing winning time of 15 minutes on the nose for Sam Charlton. Stephen Jackson crosse the line 14 seconds later and then then Liam Taylor in 15:32. Danielle Hodgkinson, just recently return from Kenya, ran a shiny new road PB of 16:17 to be nearly a minute clear at the lead of the women’s race. Amy Fuller was second in 17:03 and Alexandra Sneddon third in 17:17.

At the Deep RiverRock Queens 5k and 3k races in Belfast, Nick Griggs of Mid Ulster AC was first in 14:13 and Emma Mitchell of Cloniffe Harriers in 16:09 over 5k. For the 3k race Chris Pollock (Annadale Striders ) in 9:11 and Jodi Foster (Willowfield Harriers) 10:27.

Keeping it a little punchier, the midweek South Shields Monthly Mile was won by Tom Rutherford in 4:53 (Durham City Harriers) and youngster Alexa Reid was fastest female in 6:28 (Jarrow and Hebburn). Out west, Weston Prom 5mile winner Ben Robinson broke the tape in 25:46 and Kelly Dicks grabbed the women’s crown in 29:54.

RunThrough’s crew hit the speedy domain of Battersea Park on Saturday. The 10k saw Harry Kleiman 33:44 take the win in with Mischa Balen in second (34:19) and Jacob Plummer third in (34:24). Naomi Taschimowitz raced home to first in 34:31, while Armana Rai had a brilliant run of 36:26 for the runner-up spot and Claire Haryley-Marjoram ensured a sub-40 podium with her 39:12.

Not far down the road from Battersea, Kew the Run 10k was a winning location for Jonathan Parr in a time of 33:54 and Molly Chilton in 39:38. They also had a half marathon option which which was host to a commanding performance from Scott Overall, running 69:23 ahead of James Boustead (72:14) and Roman Banias (74:56). Catriona Paterson clocked 82:57 to race home as first woman with Mimi Corden Lloyd (84:44) and Niki Densley (85:18) in her wake.

There were great conditions for Centurion’s South Downs Way 50 on Saturday. Both podiums were completely refreshed, with no repeat performances from last year. Covering the rolling big-miles in 6:49:10 Luke Davis was first to Eastbourne, with Stuart Farmer (6:50:47) and Guy Hudson (6:52:00) following him in.

A huge congratulations from all @centurionrunner