This weekend in history – roundup 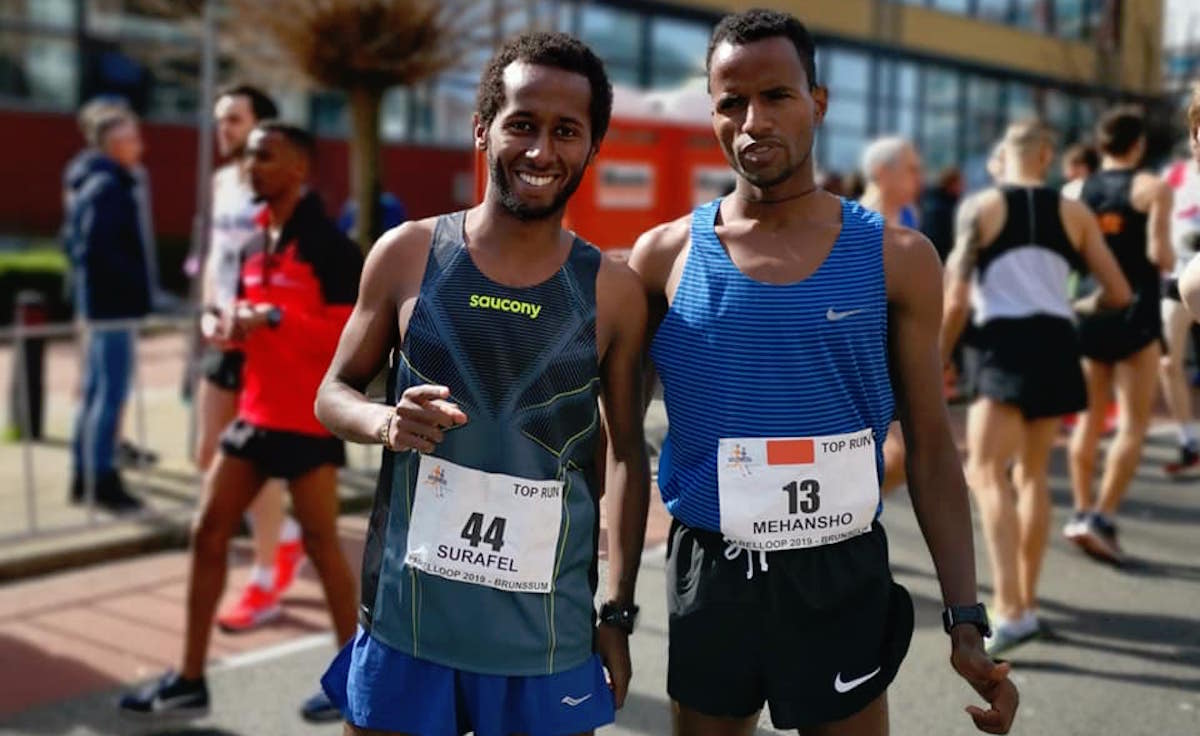 Hannah Irwin takes a look back to some great races results on this weekend over recent years.

With so much uncertainty facing us all at the moment, the racing scene is nonexistent. Races and events across the world are being cancelled for the foreseeable future and we are left wondering what to work towards.

It is at this time when we all need to remain positive. There will be races for us to return to at some point, it is just unknown as to when this will be, but the whole world is in the same situation.

However, just because the races ahead of us are being cancelled, doesn’t mean we can’t celebrate the races that have happened in the past and look forward to when they do return. Racing might have stopped, but as much as is safely possible, training continues.

With that in mind, this post will reflect on some of the great results from this weekend in the years before now. It may even provide that much needed motivation you are searching for at this time, by allowing you to see the progression of some of the nation’s best. This time last year, Laura Weightman proved she had no intention of slowing down as she explored the longer distances. The Morpeth athlete stormed to fifth position on the UK all-time rankings after a stellar run at the Parelloop 10k.

Weightman crossed the line in a rapid 31:40 to sit only behind Paula Ratcliffe, Liz McColgan, Gemma Steel, and Wendy Sly on the all-time list. This is still her PB to date. Paulos Surafel 29:46 for 25th place.

A strong England team also raced with the quickest finisher, Jack Gray, clocking 29:21. The Cambridge athlete now boasts an impressive 28:57 10k personal best. You can read more about Jack’s current battle back from injury in his latest Fast10 post. 2018 saw GB athletes take to the roads in Valencia for the IAAF World Half Marathon Championships.

Sadly, this year’s event has been cancelled due to the current circumstances, but the athletes selected can revel knowing that their training is heading in the right direction. The right time will come to show their fitness! Hawkins showing signs of the future

Despite the uncertainty surrounding whether the Olympics will or should be on this year, there is no denying it, Callum Hawkins is in the form of his life and competing among the best in the world.

However, his streak of impressive performances has been developing for years. Back in 2017, in the United Airlines NYC Half Marathon, Hawkins finished second in a rapid 60:08, just 4 seconds behind the winner and 8 seconds off the Scottish half record at that time (which he ran in Japan a month prior).

Whilst currently proving her strength over the 26.2 mile distance, Steph Twell has never been short of some speed. Back in 2016, at the World Indoors in Portland, Twell competed over the 3,000m distance for Great Britain.

The now self-coached athlete was at the time under the watchful eye of Aldershot’s Mick Woods. Twell stormed home in sixth place with a rapid time of 9:00.38. Her PB is however now, 8:40.98! For the men, Charlie De’Vall Grice also ran himself through to the final of the 1500m, where he finished 8th in 3:46.50.

This weekend in 2019 stood out as a monumental one for some of GB’s masters athletes competing at the World Masters Indoor Championships. The fantastic five proved their strength by securing 5 gold medals in the 3,000m across the age groups on the first day. This included Guy Bracken who was the first Brit to take home gold in the M55 category.

The fourth gold medal of the event went to W55 world record holder, Clare Elms. The Dulwich Runner at the time secured the win in 10:31.69 and only half an hour later took home gold in another event! The final GB gold, also in the 3000m was achieved by Zoe Doyle in a tactical race. Doyle played the waiting game and in doing so out ran her competitors to take home the victory in 10:26.40. Step back in time

2015 saw Mo Farah make history as the first British male to run under the hour for the half marathon distance at the Lisbon Half Marathon with a time of 59:32. He lowered this to 59:07 at last year’s Great North Run.

At this current time of writing, the Olympics are still planning on going ahead in Tokyo later this year. However, there is a lot of uncertainty as to if this will or should be the case. It was exactly 105 years ago on the 19th of March 1915, the president of the Olympic committee revealed that the Olympics the following year would be cancelled because of WW1.

In crazy times such as these, it will be the temporary escape running offers that we will be so thankful for. We must remember, racing will return, but for now, the sport stands for so much more than just an opportunity to race.

My marathon has moved, what should I do?
Tokyo 2020 postponed