The stars are out for Ipswich Twilight Races 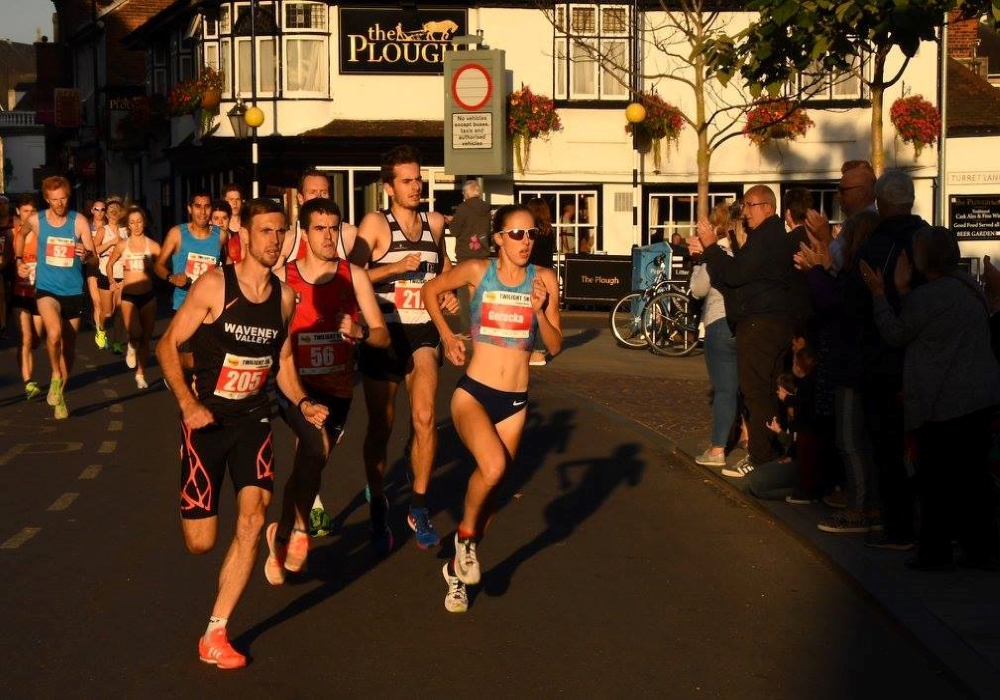 Building on the fantastic success of recent years this weekend’s Ipswich Twilight races includes the England Road 5km Championships. With athletes such as Nick Goolab, Adam Hickey, Laura Weightman and Jess Judd competing it looks set to be a highlight of the UK distance running calendar.

The Ipswich Twilight 5k event, organised by Ipswich JAFFA Running Club, takes place on Saturday and this year hosts the England 5km Road Championships and the supporting events include a unique elite 800m road race. The sold out 5km race takes place on one of the fastest road courses  in the UK and the start list is stacked with quality. Such has been the popularity of the race and the depth of quality that an additional sub-15 minute race has been added to the timetable.

Embracing the nautical heritage of the town Gray told us “I’m really excited to set sail for Ipswich Waterfront and get on-board a fast pace. Hopefully we will see a continuation of what has been an incredible year for domestic road racing in the wake of Armagh, Brighton and London. My goals are the English and British championships, it should be a fascinating contest and I’ll be vying to take the helm come Saturday night.”

The women’s field is headlined by Laura Weightman who has been in sparkling form on the roads in 2019. Steve Cram coached Weightman, who has a 15:08 clocking on the track, ran 31:39 at the Parelloop 10km in March to move to 5th on the UK all time rankings. Jessica Judd returns to road racing having run 9:05 at Armagh 3km in February. Judd will be joined by Gemma Steel, third on the UK all time 10km rankings. The fabulous field, including internationals such as Danielle Hodgkinson, Lucy Crookes and Claire Duck, is testament to the quality of the organisation by race director Carl Ashton.

An Afternoon of Athletics

The elite races cap a full afternoon of racing. The racing kicks off at 14:00 with a daily mile race for local schools. There are separate 5km races for over 30 minute runners and 21-30 minutes as well as a business challenge and family 2km race. The sub 20 minute race which includes the women’s elite race starts at 19:00, the men’s elite race at 19:30. The women’s and men’s 800m races take place at 17:00 and 17:15 respectively.

The elite races will be screened live on the Ipswich Twilight Facebook site.