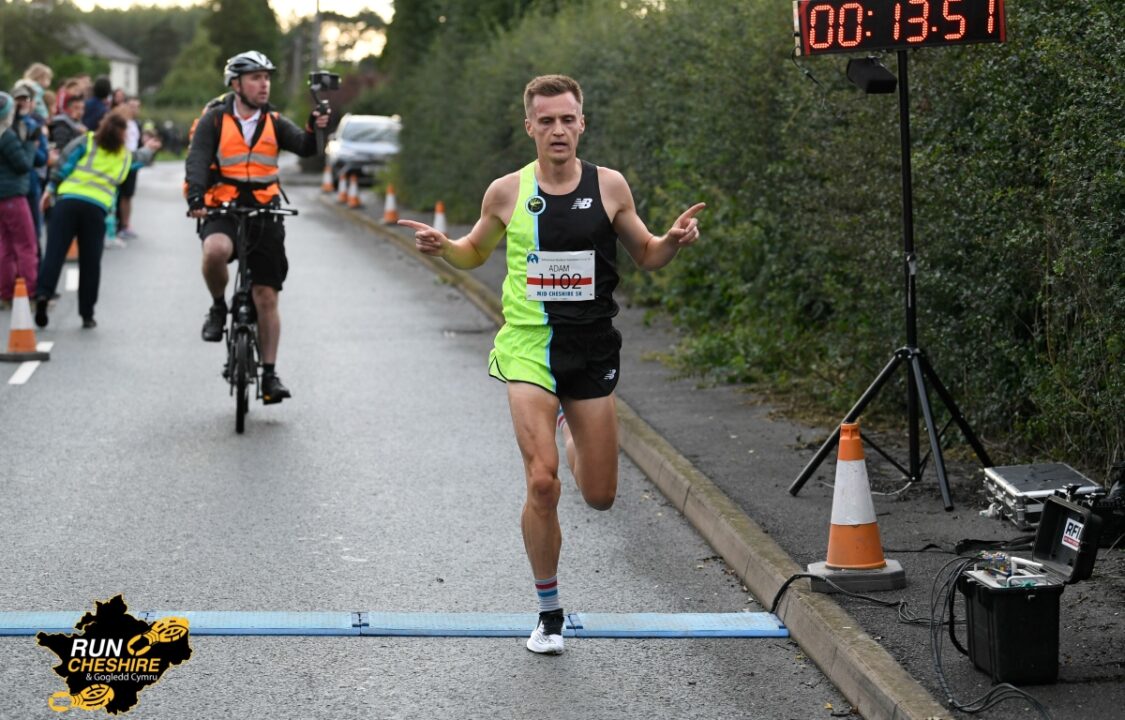 Gill Bland brings you results from yet another ‘fast Friday’ and more impressive performances on the track in our SOAR Running weekend roundup.

The week started well with Jemma Reekie continuing her winning streak with a 3rd victory in 6 days to take gold over 800m at the Janusz Kusocinski Memorial in Chorzów. Her time of 1:58.63 is a GB U/23 record and world lead time as she continues here sensational form.

In the men’s 800m Daniel Rowden (WGEL) showed that his form is continuing to rise. In 2018 he became the youngest Briton in 34 years to run sub 1:45 for the distance and this week he ran a blistering 1:44.74 to win in Sweden, after judging the race perfectly to take the lead after the final bend. The home favourite Andread Krawmer placed second (1:45.03) but the Brits nabbed third again thanks to Piers Copeland’s PB of 1:46.24. Guy Learmouth was 6th in 1:46.32.

📺 You can watch the highlights from the Folksam GP, including Daniel Rowden’s 800m British lead, @AmyHunt02’s rapid 100m and @mcourtneybryant’s 1500m success on the @VincoSport website. https://t.co/oqKyvsnkBD pic.twitter.com/MzbQNOwAnl

Just missing the roundup last week, the Sunset Tour 5k took place late on Sunday evening at a “secret location” (Lake Balboa) in California. GB’s Sam Atkin took second place in 13:23.28 in the men’s race, running a new PB to finish behind Edward Cheserek (13:21.78). Amy Eloise-Neal (Wakefield) who runs for Reebok Boston, was ninth in the women’s race in 15:44.93

Friday evening saw the return of the Mid Cheshire 5k. South Africa’s Gerda Steyn took on a much shorter race than we would normally see her running – the Comrades Champion, who represents Nedbank Running Club, finished first. She was understandably pleased with her 15:44 win given that it was her first time racing in six months. Equally chuffed was Samantha Harrison (Charnwood AC) who took second place in 15:48. She was bound to set a PB given that it was her first ever 5k race (she only started racing at the end of 2018), but that’s a hefty PB to set, regardless!

Third place by time went to Sophie Wood from Sale Harriers. Her 16:30 in the B race took her well ahead of the next time run in the A race. Under 21 Holly Weedall ran 16:35, Abigail Haworth and Kirsty Longley both clocked 16:36. Longley’s time saw her move to 2nd in the UK V40 rankings for 2020 behind Aly Dixon. 7th place went to Lucy Niemz in a big PB of 16:40.

Meanwhile, walking, not running Callum Wilkinson broke the long standing British 10000m record with a time many a club runner would be happy to clock – 39:52.05!

Lee Valley got plenty of pounding this weekend, with the Velo Park hosting Run Through’s Half marathon, 10k, and 5k today (Sunday). Over the two Half Marathon waves it was Edgars Sumkis who finished the multi-lapped course first in 1:08:42 – a very safe distance ahead of his nearest rivals Dave Edwards (1:15:36) and Jack Tattum (1:15:50).

Keeping on the “Ellie” theme, it was Ellie Osmond who clocked 18:45 over 5k to storm home with a gaping lead. Laura Donnelly was second in 20:49 and Ultra-fan Laurence Letki-Nicolay finished her race in 24:09 to take third.

For the men, it was Garry Mellish and Max Duckworth battling it out, with Gary just pipping it in 16:55 leaving Max to take runner up in 16:59. Jay Belham didn’t join the battle but can be happy with third in 17:27.

Earlier in the wek Run Through Chase The Sun Tatton Park 10k saw Ali Lavender back in action over the distance. She set a 34:03 PB back at the start of the year and returned to win this race extremely comfortably in 35:31. Carla Davies was second in 37:15 and Julia Matheson third in 38:31. Callum Rowlinson took the men’s win in 33:23 ahead of Gavin Browne (33:55) and Matthew Orford (34:32)

Local clubs are doing a great job of hosting events in whatever format they can. Nuneaton’s Night of 800m PB’s saw Birchfield Harriers’ U20 Ryan Shields run the fastest time of the evening with a 1:59.0 and U15 Zoe Gilbody (Wolvs and Bilston) take the women’s honours in 2:23.6.

Harrow AC also continued their track series this week and Shaftesbury Barnet’s Finn Harvey took the chance to race seriously and was rewarded with a 1:57.4 win and a new 800m PB. Holly Henderson (Chiltern, U17) was fastest female over the distance in 2:24.9. The IAU 6H Global Solidarity Run was this weekend and British Athletics selected 12 debutant athletes to run for six hours in their local areas.

With only Sarah Cameron in France able to compete within an actual race on the correct weekend, the 24hr runner was able to win with 44 miles (70.49km). So a 100% race victory rate for the team.

The team ran on a mixture of track and short tarmac loops, expect for 2019 British 100k Champ Charlie Harpur, who used his six hours to set an excellent 5:33 FKT on the 75km (46.6 miles) Peddars Way. Harpur suggested that the point to point choice might have been better if it weren’t for the 45kmph headwinds (or if he’d gone the other direction). Rob Payne keeping it local and happy to be finished after a fine run.

A more complete insight will follow in the next few days.