The show will go on 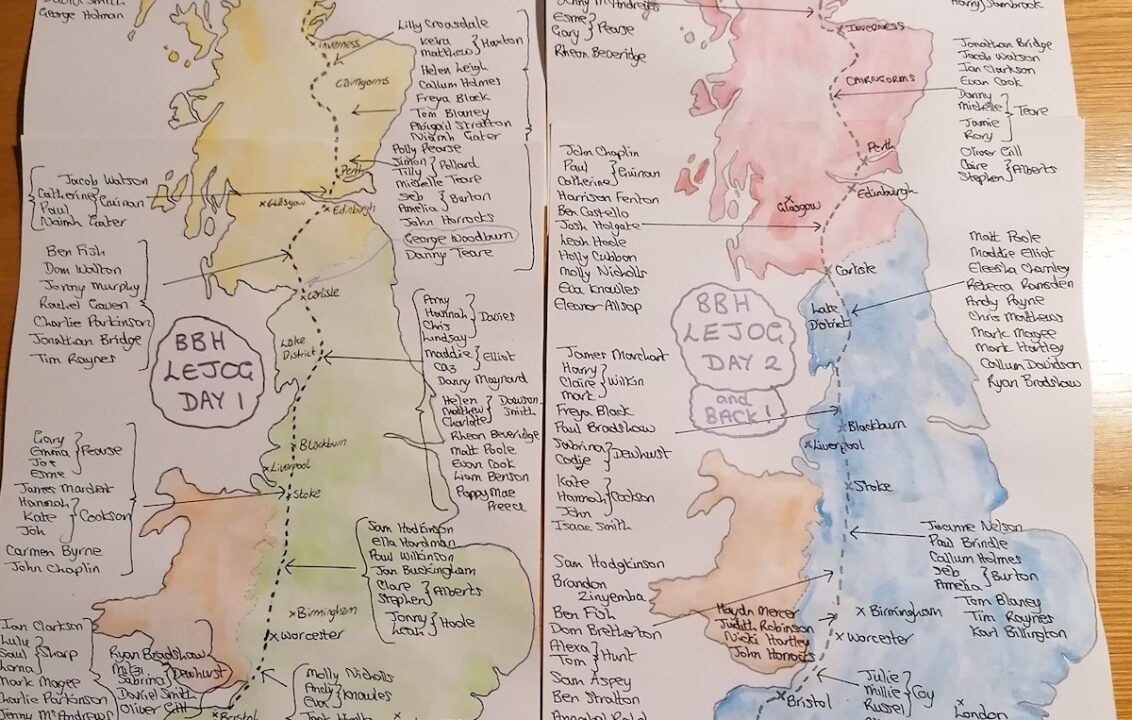 The show will go on. That’s what Hugh Brasher is hanging onto (and respect to him for being so open and trying everything possible) and that’s what has been happening, albeit in various altered forms, all around the running world.

We find it hard enough to stop for a stress fracture, so it’s not surprising that runners have been keeping the racing going however they can and even more inventively now that we are starting to race in a socially distant manner.

Last week ‘Pop up Races’ in Ireland premiered their new format, complete with the Eco Mist Sanitisation tent. It’s not quite the portaloos and sweaty huddles we’re used to but it is great to see races taking place in a responsible manner. They’ll be out in action again in Caragh, County Kildare next week.

It’s just one example of race organisers looking to creative and innovative ways to develop some kind of competitive action over coming months that we have seen.

Racing is constantly evolving at the moment, so let’s have a look at the ways in which the running world has been clearing the covid-hurdles over the last 7 days.

On the less standard end of the virtual runs this week was the Blackburn Harriers AC’s End-to-End challenge. After participating in various more ‘normal’ events they were looking for something that would keep the momentum going and “challenge the whole club, not just parts of it”.

The idea of running Lands End to John O Groats as a club was cooked up on a 15 minute phone call but clearly captured imaginations as “160 athletes, covering sprints, middle distance, throws, endurance, jumps & hurdles stepped up to the challenge”. The team needed to cover one thousand four hundred and seven kilometres in 48 hours.

From 2.41k from a discus thrower (Sarah Henton) to Jonny Murphy covering just shy of 58k and Jess Judd adding her 22.53k the whole club from track to field to road took part and smashed the two-day target, finishing over the planned distance in one day alone.

So, they decided to “run home” from John O’Groats to their training ground at Witton Park Arena (another 846k). But despite these huge efforts the club had other ideas with many athletes taking part for the second day in a row meaning they again smashed their target and ended up with a a full there-and-back run from the club. For the full write-up (and it’s an inspiring read) follow this link.

In France the Mil’kil or to give it its official name, “Les 1000 Kilometres de France” is currently taking place. It started at 7am last Sunday and crosses the entirety of France from the English Channel to the Mediterranean.

Unlike the laudable efforts of Blackburn Harriers above, this is not a combined club effort but 33 individual runners covering the awe-inspiring distance. The finish line will be closed 288 hours after the start on Friday June 26 at 07:00.

The organisers stress that it “is not a competition but a meeting of experienced runners, eager to compete against each other” hence, it’s not a virtual event but an actual one. You can track the progress of the intrepid not-racers, but Stephane Mathieu is currently a mere 93km away from the end and leading the competition ahead of Gerard Denis (881k in) and Louis Fouquet (855k).

Annie Paringaux (873k) is way way ahead of the only two other women on the course and looks, failing major events, like she’ll take the win. Mimi Chevillon is currently 688km through her cross-France adventure and Graziella Varette is just over half way, at 541k.

At the time of writing the British Milers Club 3k Time Trial was waiting for final submissions but had Morpeth’s Joe Armstrong leading in 8:18.00 followed by U20s Kian Davis (Preston) and Joe Ewing (Edinburgh) tying for second in 8:19.00.

The scottishathletics Hill Challenge has been making the most of the home-land’s terrain with racers asked to climb as many vertical metres as possible within 30 mins or 15 mins for the youngsters. The rules state: “runners use a slope, hill or steps in their local area and record total vertical ascent.

The challenge can be completed like hill reps or as a hilly run, planning the run to have as much vertical ascent as possible in your local area.” Submissions close on Monday but James Gordon, an U13 from Pitreavie is currently high above the rest for the 15 minute results, with 120 vertical metres climbed.

Sophie McGinty (Greenock Glenpark) is currently second overall with her 117metres. Desside’s Robbie Simpson stands atop 590 metres worth of elevation and the gents leaderboard for 30 minutes of reps while previous Hill Champs title holder Scout Adkin of Moorfoot leads the ladies with 434 metres.

The British Masters Virtual 5k Relays are also in progress at the time of writing. For individual performances it might be hard to beat the 14:41 set by current 1st place holder Paul Martelletti (VP&TH). He’s also top of the age grade rankings at the moment and leading the podium ahead of Chris Livesy (14:45, Salford Harriers) and Andy Coley-Maud (14:47, Clapham Chasers).

Springfield’s Liz Davies is currently strides ahead of any female competition with her blistering 16:54. Elizabeth Renondeau (Vale Royal) is closest behind with 17:22 and Alexa Joel (Billericay) currently sits in third place with 17:23.

At the more gentle and instagram-friendly end of things, the Midsummer Run Europe took place yesterday. Participants apparently treated to an online comrades-lite moment with a “motivational introduction and starting pistol” as the sun started to rise for the first time in Europe that day (in Oslo 4:43am).

Want to run faster? For just £30 per month athletes are provided with a Final Surge plan for each day of the week, coaching advice from Robbie Britton and Tom Craggs, as well as access to the unique Fast Running Performance community. If you would like more information on joining the project, click here.

A race which must be run
Hope springs in the summer