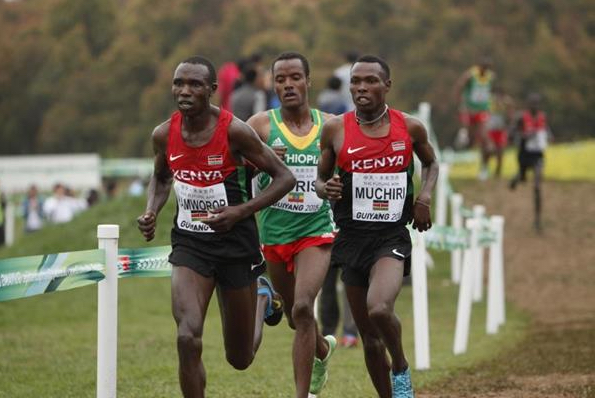 This weekend, (Sunday 26 March) the attention of the athletics world will be on the World Cross Country Championships.

It is expected that almost 600 runner will make their way to the Ugandan capital, Kampala for the championships. The race schedule for the meet includes the senior men, senior women, U20 men, U20 women, and a new addition to World Cross Country Championships, the mixed relay.

In the mixed relay, teams made up of two men and two women will each run a 2K loop. In what will be a fiercely contested race, two 1500m world champions will go head to head, Ethiopian Genzebe Dibaba and Asbel Kiprop of Kenya.

The teams to watch in the race will the Ethiopian team, a powerful Kenyan team, and a not to underestimated USA team.

The fancied Kenyan team is led by the 2008 Olympic gold medalist and three-time 1500m world champion Kiprop. He will be out to impress after finishing a disappointing 6th in last Summers Olympic Games. The remaining members of the Kenya team will include Winfred Nzisa Mbithe, Bernard Kipkorir Koros, and the final leg will be run by Beatrice Chepkoech, who just missed out on a medal the 2016 Olympic Games, finishing 4th in the steeplechase.

In the eagerly anticipated senior mens race, last years winner Geoffrey Kamworor will aim to retain his title, a feet that hasn’t been managed since 2006, when the great Kenenisa Bekele won for the fifth consecutive year.

However Kamworor hasn’t had it easy over the last year, racing only on three occasions, most recently finishing 3rd in the senior mens at the Kenyan Cross Country Championships. Kenyan, Leonard Barsoton, who won the senior men’s race that day, will provide tough competition on Sunday. Kenya’s team will also include Leonard Komon and Vincent Rono.

Ethiopia’s charge in the senior mens will led by Getaneh Molla, Muktar Edris and Abadi Hadis. 20 years Hadis finished 15th in the 10,000m at the Rio Olympic Games and has a bright future ahead of him, but Sunday’s race might just be a year too early for him to truly challenge the more experienced athletes.

Leading the USA team’s challenge will be the winner of this years Great Edinburgh Cross Country, Leonard Korir. The American athlete is unbeaten in 2017, following up on his triumph in Edinburgh, with wins at the Houston Half Marathon and the US Cross Country Championships.