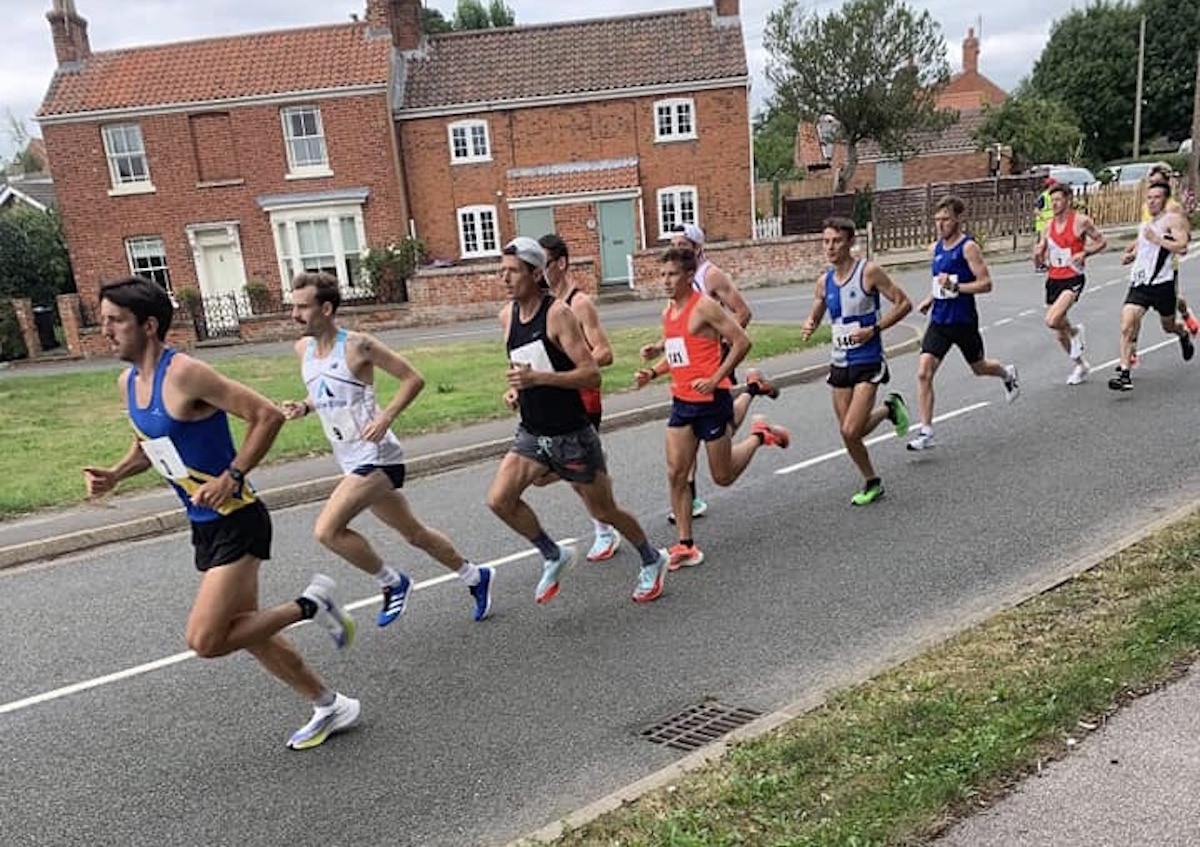 Despite entry numbers being limited by wariness around COVID and a very congested fixture calendar created by spring race postponements, a high quality field still gathered in the Lincolnshire Village of Bassingham for popular 5 mile mile.

On a cool, overcast day it was Lincoln Wellington man Matt Bowser who led out the field as they left the village at the one mile point. A group of six were still together at halfway in Matt Bowser (LWAC), Linton Taylor (Leeds City AC), Lewis Jagger (Sheffield & Dearne AC), Tom Straw (LWAC), Ed Buck (Newark AC) and Lee (Millburn Rotherham Harriers & AC).

At three miles the group had whittled down to Jagger, Taylor, Straw and Buck, with Milburn chasing hard and Bowser dropped back. Taylor put in a surge to test the group with Straw and Jagger going with the pace, but Straw quickly paid a price falling back to battle for the final podium spot.

At 4 miles Linton Taylor put in another burst as the athletes headed back into the village closing the last mile in 4:33, to see off Lewis Jagger, with both athletes finishing inside the course record at 23:51 and 23:54 respectively. Third was the steadily improving U23 runner Ed Buck from Newark AC with 24:22 topping his time from last year by over half a minute.

The women’s race was a tight affair up front between Sophie Wallis of Lincoln Wellington AC and Charnwood AC legend Juliet Potter. It was Wallis though who gradually pulled away through the final two miles to win in 27:54 with Potter finishing 2nd in 28:25.

It was a fine victory for the Lincoln Wellington athlete who has seen rapid progression in 2021 with a 2nd place finish at Chester 10km and a big 5km PB of 16:50 in May. Becky Gallop Newark AC was third finisher 29:20.

Linton Taylor breaking the course record means that with the ladies course record of 27:11 being held by Cloe Hubbard of Newark AC, both records have returned to the village. These two athletes were in the same class together at Bassingham Primary school (1999-2006)…surely this is some kind of record in itself?