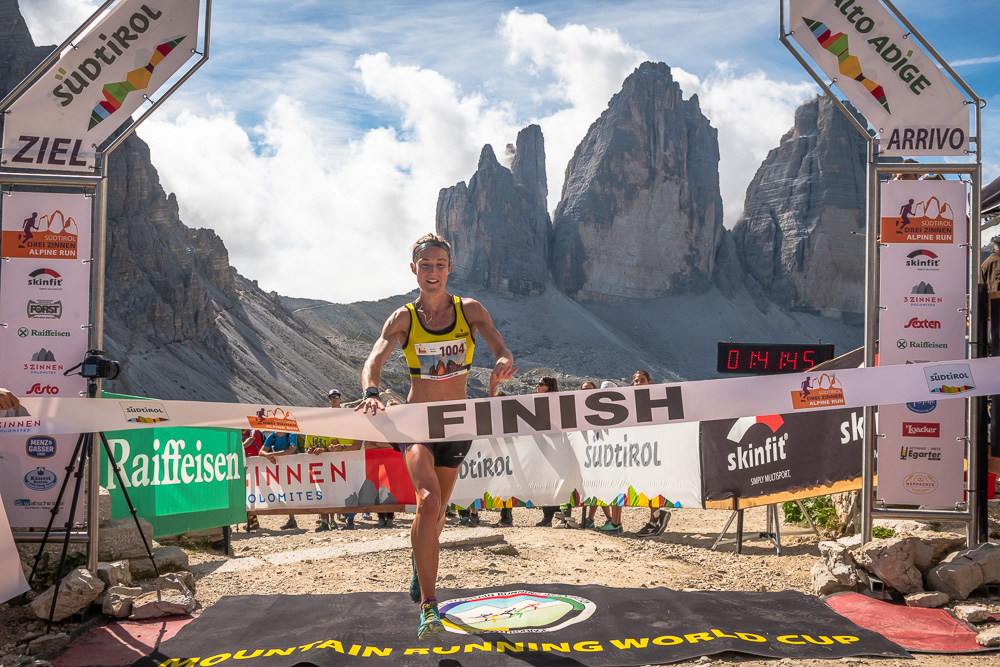 There are three events taking place: the junior and senior World Championship races on Friday 15th and the World Long Distance race on Saturday 16th . The courses are based around the K42  Adventure Marathon course and take in some stunning highlights of the Province of Neuquen in Patagonia.

The juniors will race over a route of 6.6k with 393 metres of ascent. The course will initially take them north into the forest with a steep and technical climb. When it reaches the highest point of the race (1246 metres) the runners turn south and begin a steep descent. They will then have to contend with a stream crossing (with ropes), before a fast, runnable descent on a wide path all the way down to the finish.

The seniors World Mountain Running Championships will take place over a 14k course with 754 metres of ascent. They will start in the streets of Villa La Angostura and head north along a dirt track and into the forest. The first 2.5k are quite flat, but then it starts to climb up through the forest and becomes steep and technical. This is followed by a section of technical descent, before the runners head to the Inacayal Waterfall, then start to descend again on a faster path. This takes them down to the street which heads to the finish line.

The World Long Distance Mountain Running Championships takes place the next day and the course is 41.5k with 2,184m of ascent. Again, it starts in the streets of Villa La Angostura and then starts a climb on forest tracks. It climbs steadily until around 7k, then there’s a long, fast descent.

The middle section is generally flatter, but with some technical sections and a creek crossing, then the big climb begins just after 20k. This long climb will take the runners up to the summit of Cerro Bayo at 1785 metres, where they will be in snow. They will then begin a long and fast descent, mainly on dirt tracks, back down to Villa La Angostura.

Countries who will take part include the USA, Great Britain, Ireland, Italy, France and Spain, who have all featured heavily in this year’s World Cup. So competition will be fierce.

The courses look fantastic and varied and should test any runner. The championships are going to be really exciting and we look forward to bringing you all the news as it happens live from Patagonia. Follow our Facebook, Twitter and Instagram accounts for updates.

The 2019 World Cup winner, Sarah McCormack, will be running for Ireland. After a very successful season, where she won the Snowdon Race and was second at the MaXi Race, Drei Zinnen and Smarna Gora, she must be one of the favourites. She will face strong competition from many women.

The Kenyan team will not feature at the Champs.

Other women to watch include Italy’s Elisa Sortini and Alice Gaggi, France’s Elise Poncet and Grayson Murphy. Collegiate stand-out Murphy is an excellent road runner who has recently returned to the trails and was the clear winner of the US trial. Her excellent leg speed could be a huge factor in the mountain race. The men’s World Cup winner, Andrew Douglas, will also be in Villa La Angostura, and will be among the favourites, having had an incredible 2019 season. Joe Gray won the US trials and as 2016 world champion and 17-time national champion, he must also be one to watch.

GB’s Jacob Adkin, this year’s European Champion, is a favourite to be up there. Watch out for young Adkin starting sensibly and finishing with his trademark blazing strength. Anyone new to the champs could well learn from Jacob, as if you’re ahead of him in the first few kilometres and not expecting to podium, then you’re going too fast.

The Italian team is strong as ever with Xavier Chevrier, Luca Cagnati and Casare Maestri among others who could well feature in the top 10. Fast Running’s man in Italy, Francesco Nicola, believes his team can challenge for the gold medal and we think he’s right.

The French team is a very experienced one with Julien Rancon and Alexandre Fine. It seems the latter was correct as the Kenyan team will not feature.

Ireland’s Zak Hannah, who finished sixth in the World Cup this year, will also be a strong competitor, and will be looking to build on his strong top 20 position from the European Championships earlier this year, as will Slovenia’s Timotej Becan, who finished fifth in the Mountain Running World Cup.

Other runners to watch include Hans-Peter Innerhofer of Austria and any number of strong Czech, German and South American athletes.

Over the longer distance the women’s race should also be really exciting. One of the most interesting athletes to watch will be Laura Dahlmeier of Germany, who has famously swapped an incredibly successful career as a biathlete for mountain running.

France’s Blandin L’hirondel won this year’s Trail World Championships, so it will be interesting to see how that translates to mountain running. Judith Wyder of Switzerland should also be up at the front, having had a hugely successful season in Skyrunning.

Her compatriot Maude Mathys will also be a strong contender [Although we should add that the Swiss mountain running star has previously been reprimanded for anti-doping rules violations – Editor].

Ireland’s Nicola Duncan will be relishing the fast, runnable climbing and could well feature well this weekend. The ultra distance athlete has been racing well in recent weeks over the trails and has been focusing on this event for the Autumn.

Several runner to watch include Italy’s Sylvia Rampazzo and GB’s Charlotte Morgan, both former champions, Adeline Roche of France, who’s best performance to date remains her 2017 World Trail Champs win and Kellie Emmerson of Australia, who is more of a longer distance specialist but could surprise many in the final kilometres.

The men’s long distance race has had a couple of big names pull out – Luis Alberto Hernando of Spain and GB’s Tom Evans [although as Evans was strong enough to finish third in the Milton Keynes Cross last weekend it is disappointing to hear he won’t be representing his country – Editor]  – but it still has plenty of incredible athletes.

The 2019 World Trail Champion Jonathan Albon from GB will be among the favourites, as will Italy’s Francesco Puppi. But it’s perhaps the US team which has aroused the most interest. Jim Walmsley, Hayden Hawks and Mario Mendoza are strongly expected to feature in the race.

Hayden Hawks especially has some of the best leg speed in the event with a 13:54 5k PB and great experience over the longer ultra distance events. The show down between Hawks and Walmsley could make for real entertaining watching, but Fast Running is backing Hawks to come out on top in the US battle, but the fierce competition could put the team atop the podium if Mendoza runs well.

Other runners to watch include Switzerland’s Stephan Wenk, and France’s Nicolas Martin, both excellent on the trails and over ultra distance so look for strong finishes.

Ireland’s Paddy O’Leary and Gavin Byrne both broke the Wicklow Round record in 2019 and O’Leary has been in South America for a number of weeks preparing for the race… or just on an extended holiday with some races. We’re not sure. Look for both to run well in their national vests after great seasons so far.

The junior races will be hotly contested and the future of mountain running is looking very bright. Among the runners are the British junior Joe Dugdale, who won this year’s European championships, and Joslin Blair of the US, who won the 2018 WMRA International U18 Mountain Running Championships.