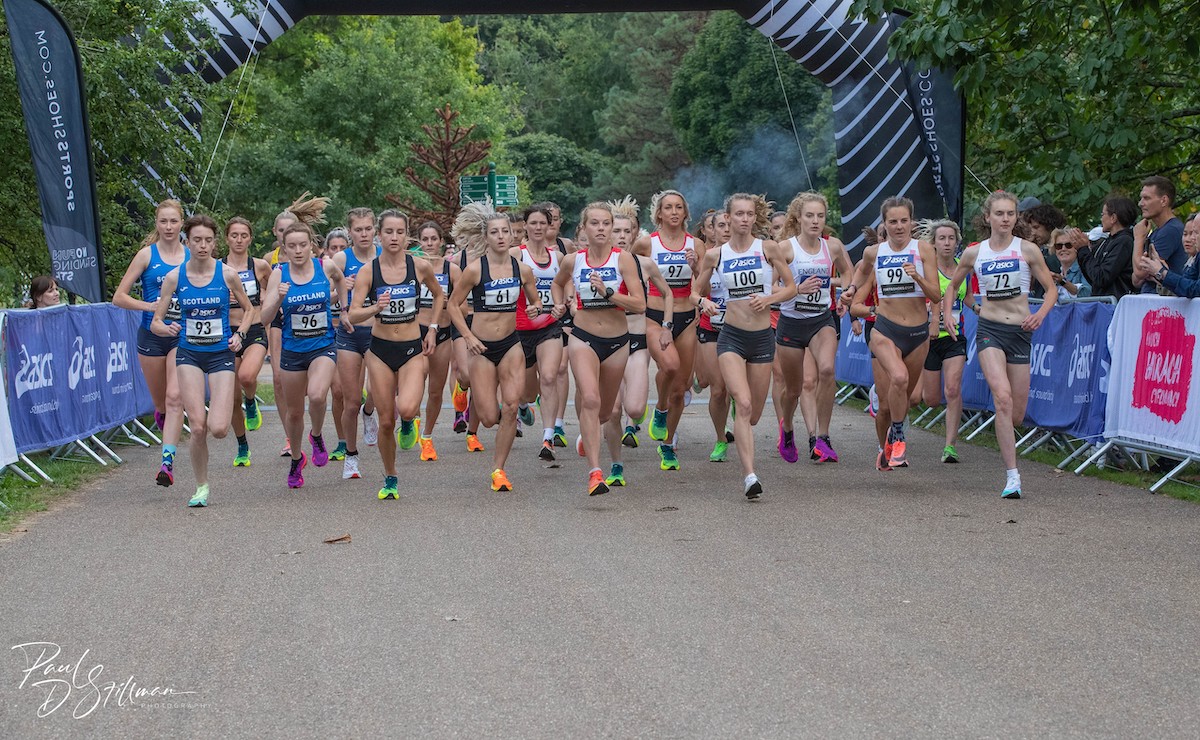 The inaugural event saw some great racing as teams from England, Scotland, Wales and selected composite teams competed on the fast and flat course in Cardiff’s Bute Park.

Jake Smith lined up for the ‘Sunday Plodcast Team’ just days after returning from holiday in Morocco and just one week back into training. He had run with a small lead group including Richard Allen, Callum Elson and Remi Adebiyi until the last lap of three when he pulled clear, chasing his own Welsh all-comers record of 13:59 and falling just short with a winning time of 14:05.

‘That was amazing’ said Smith. ‘I finished the track season with a 14:03 so tonight I ran by myself in 14:05 and I was really struggling but it’s all I can ask for to win a race’. The women’s race saw Simpson pull clear with Wales’ Jenny Nesbitt who was completely at home on the loop of the Cardiff parkland where she does much of her training.

Scottish 5,000m Champion Simpson overcame the local girl, winning for her Scotland team in a new lifetime best of 15:51. Nesbitt was the next to finish for the home team in 15:53 with Georgie Grgec finishing third for the Sportsshoes team, dipping under the 16 minute mark for the first time in 15:54. Ellie Wallace led her England quartet to team victory. ‘That was such a fantastic course’ Simpson commented. ‘This is such a lovely park and the atmosphere is amazing so I really enjoyed it. Knowing that Jenny was behind me and hearing everyone cheering her on made me think that I need to just dig in and keep going.