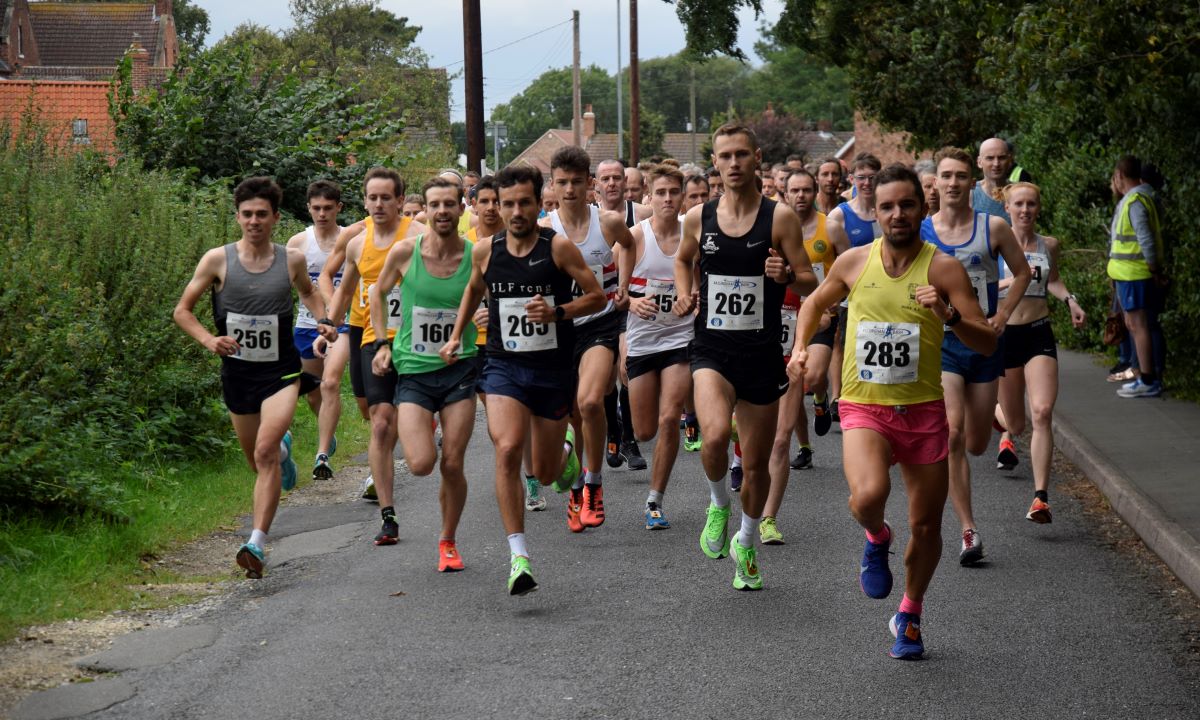 A competitive field assembled for the 16th year of this traditional club race sponsored again by Sport Clinical and the race saw both course records fall. Bill Taylor reports on the race.

The highlight of the race was the unbridled competition at the front of the ladies’ race. Calli Thackery of Hallamshire took the race out but was always closely tracked by a group of 4 until just before the three-mile mark. At this point it became a two-horse race between Charnwood AC’s Gemma Steel and Lucy Crookes from Leeds City AC.

A tough battle ensued but, coming back into Bassingham village it was Crookes who had the edge, winning by 15 seconds and smashing the course record by almost a minute to record 27.15. Steel was chased home by Thackeray and Cloe Hubbard (Newark AC) with the top four all beating the previous course record.

Kirandeep Marsh from Tonbridge AC held on to take fifth place securing the first prize in the U23 age category in 28.33. The first F40 was Lucy Broom from Steel City Striders in 33.18 with Catherine Payne of Grantham Running Club taking the first F50 place in 34.14. In the men’s race in spite of a couple of likely leading entries to the men’s race not making the start line due to illness, there was an early breakaway of a leading group of five who quickly opened a gap on the chasing field.

With four runners still in contention at the three mile point it was Aaron Scott from Lincoln Wellington who pulled away from Sam Johnson (Birchfield Harriers) and Alex Bellow (Leeds City AC) by the four miles.

Holding his lead to the finish Scott also succeeded in breaking Ben Livesey’s 2014 course record by 9 seconds to post a time 24.32. Sam Johnson was the first U23 man home in 24.41 with Jan Bailey posting 27.02 to be first M40 over the line. Dean Norton of Rotherham Harriers secured the M50 prize with a time of 29.37.