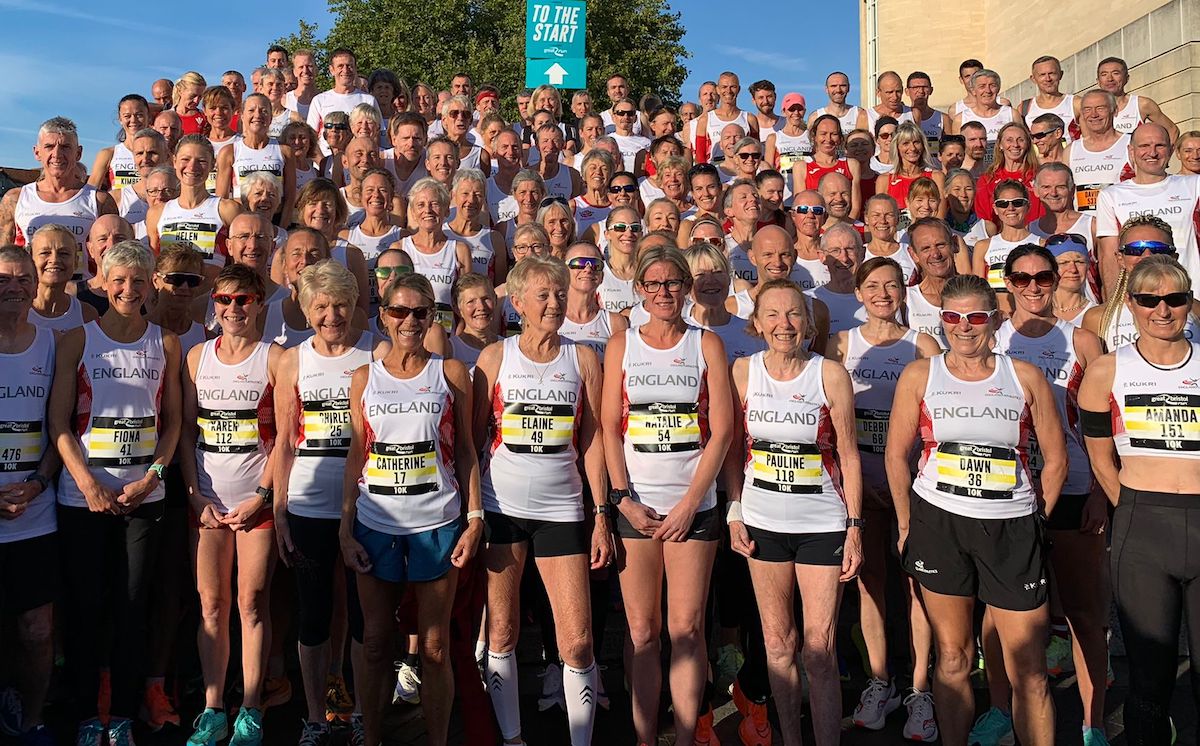 Where else, how else, could I start a round up this weekend than on the streets of Berlin where history was made once more by Eliud Kipchoge as he took an incredible 30 seconds off his own marathon World Record with an astounding 2:01:09 at the Berlin Marathon. There are so many superlatives I could use to describe the enormity of that performance, crossing boundaries that just a few years ago would have seemed close to impossible. Since there is plenty to cover in this piece I won’t turn into full fanboy mode just yet, but it is fair to say that, after today, it is getting closer to being able to say with some certainty that we are seeing the greatest marathoner of all time. The early pace (a scorching 59:50 at halfway, faster than in his INEOS sub-two showing in Vienna) did take its toll over the second half, but no one other than Kipchoge has taken so much off the WR in many, many years.

The women’s race was equally as impressive, with Tigist Assefa running 2:15:38 for the third fastest marathon in history behind Brigid Kosgei and Paula Radcliffe. That is, naturally, an Ethiopian Record. Not a bad range for an athlete who has also run a sub-two minute 800m! From a British perspective, the standout run came from Sonia Samuels, her 2:28:15 her fastest time in seven years and run off near identical halfway splits (74:06 and 74:09). Samuels’ time is the 2nd fastest UK V40 marathon all time behind Priscilla Welch’s 2:26:61 from 1987. Katie King was the next British athlete with an impressive PB of 2:43:27 with Amy Fry (2:46:02) also breaking 2:50.

Half Marathons a Plenty

Closer to home, the autumn road racing season took another step closer to its peak with more than a handful of races across the UK.

On a sunny morning at the seaside, the Folkestone Half Marathon delivered some good conditions for racing – except for its infamous steep climb on the Road of Remembrance at 20km in – with the runners led by a commanding win for Marshall Smith in 69:33, with Emily Nash the fastest female by over two minutes (91:57). As someone racing, I can say it was an enjoyable event though with plenty of support along the course.

Across the Welsh border, Laura Davies (87:11) had a good performance to win the Llanelli Half Marathon, finishing a way clear of Emma Baxter (88:25) and Luticia Thomas (89:20). The margin of victory was even greater for Sam Richards (71:45) who crossed the line over three and a half minutes ahead of former British International James Thie (75:19) and Sam Joseph (75:43).

Continuing the tour of the home nations with a move to Scotland, where Stuart Campbell (74:37) and Sophie Canty (90:34) took the plaudits with victories at the Balloch to Clydebank Half Marathon.

Plenty of runners from West London and further afield took to the streets for the Ealing Half Marathon, a popular race that often delivers fast times. This year’s edition was no exception with John Fielding (68:35) and Alice Braham (78:23) crossing the line first. The respective podiums were completed by Elias Ahmed (68:54) and Jonathan Poole (71:04), plus Sarah Gerrie (78:59) and Kelly Clark (79:03)

Moving to the south, George King (73:49) and Phillippa Loakes (93:57) took wins at the hilly Winchester Half Marathon. The associated Hilly 10k (the race’s name, not my opinion of it!) went to Chris Thompson (34:35) and Tori Waight (42:27). If I said the hill at the Folkestone Half Marathon was tough, it is nothing on the continual gradients that the Barns Green Half Marathon offers. Robert Brundish (72:28) and Penny Brook (85:36) took them on the best this morning to take the wins. The associated Barns Green 10k went to Elspeth Turner (38:40) and Michael Daly (33:32). It was a day for hilly had marathons and the 4 Castles Challenge in Kent was no exception with wins going to Peter Merritt (82:47) and Annaka Charters (95:04).

I always try and start with the fastest performance of the weekend when focusing on specific distances, and I think that honour goes to Saturday’s Middlesex 10k. A 30:37 outing for Seyfu Jamaal saw him finish over 90 seconds ahead of Joseph Young (32:16) and Roger Maidment (32.54). With 37:58 Amy Cook was, I believe, the fastest woman around the Victoria Park course, but with the results not sortable by gender, and age groups not distinguished by gender, I may have missed someone.

With the Middlesex 10k being a stone’s throw from Stratford, it seems that if you raced in a location beginning with an ‘S’ this weekend, you were due a fast time. My somewhat tenuous theory is boosted by Lee Gratton (31:28) and Emma Taylor (36:41) breaking the tape at the Stafford 10k, whilst similarly fast times were needed by Alice Daniel (36:36) and Scott Hinchcliffe (31:48) to come first at the Sheffield 10k.

Sadly, my connection falls apart with the results of the Great Bristol 10k, where strong performances were seen for both the men’s and women’s races. Helen Gaunt (35:41) had a good outing to finish 21 seconds ahead of a close finish between Lindsay Skinner (36:02) and Lucy Marland (36:05), with a similar story amongst the men; Tom Merson (30:51) finishing a fair way clear of Matthew Rees and Simon Fox, who were separated by just two seconds (31:33 to 31:35). The race saw nearly 200 masters athletes competing in an international England vs Wales match. England took the honours in the Men’s and women’s team races but there were impressive results throughout including 32:42 for V50 Paul Jones, 37:42 for V55 Kate Wright and 51:08 for V75 Caroline Lavis.

Taking a brief interlude from the roads to the trails, with the honours at the Golden Gates Gallop 5 Miles in Derby going to Danielle Stack (35:20) and Geoff Lowry (32:28), whilst William Levett (65:51) and Nicola Soraghan (85:10) were victorious at the Edridge Park 10 Miles Trail Challenge. As I am not sure where else to shoehorn in a ten mile race I shall add it here – the Birch Wood 10 in Melton Mowbray went to Jason Barton (57:04) and Grace Daft (68:35), the latter finishing a fine fourth overall.

It was also road relay weekend with plenty of racing action taking place as teams vied for qualification for the nationals. However, finding results turns out to be harder than the racing itself, so there are undoubtedly either inaccuracies in what I have included, or events missing completely.

The highest quality racing was reserved for the Aldershot Road Relays, where the home team Aldershot, Farnham and District took commanding wins in both senior races. A formidable quarter of Louise Small, Phily Bowden, Kate Estlea and Steph Twell gave AFD a comfortable win in the senior women’s race, finishing over four minutes clear of Bracknell AC and a AFD B team in second and third. Bracknell’s Amelia Quirk recorded the fastest leg (19:24) ahead of Twell (19:48).

It was no less convincing for the men, with Josh Grace, Adam Clarke, Ellis Cross, Ricky Harvie, Sam Eglen and Jack Rowe seeing AFD finish 56 seconds clear of Tonbridge and Cambridge & Coleridge. Jack Rowe’s 17:30 was the fastest leg, with an impressive 15 athletes finishing in under 18 minutes.

I also want to praise whoever compiled their results – comprehensive, easy to read and quickly published! Deserving of an extra medal.

Videos of the men's and women's events at yesterday's Aldershot Road Relays @AFDACofficial here (all age groups filmed and will load as completed) – https://t.co/2FB8TzqkAY

The Aldershot races were put on as an alternative to the Southern Road Relays at Crystal Palace where Victoria Park & Tower Hamlets and Cambridge Harriers won the men’s and women’s races respectively. The results do not appear to have complete teams, yet, with the last two men’s legs missing, so I have not included times of individual legs (individual athlete names are also not listed yet).

Havering AC and Colchester Harriers won the open men and ladies races at the Essex Road Relays, with Ahmed Abdulle (13:36) and Liz Davies (17:03) running the fastest legs in the respective divisions.