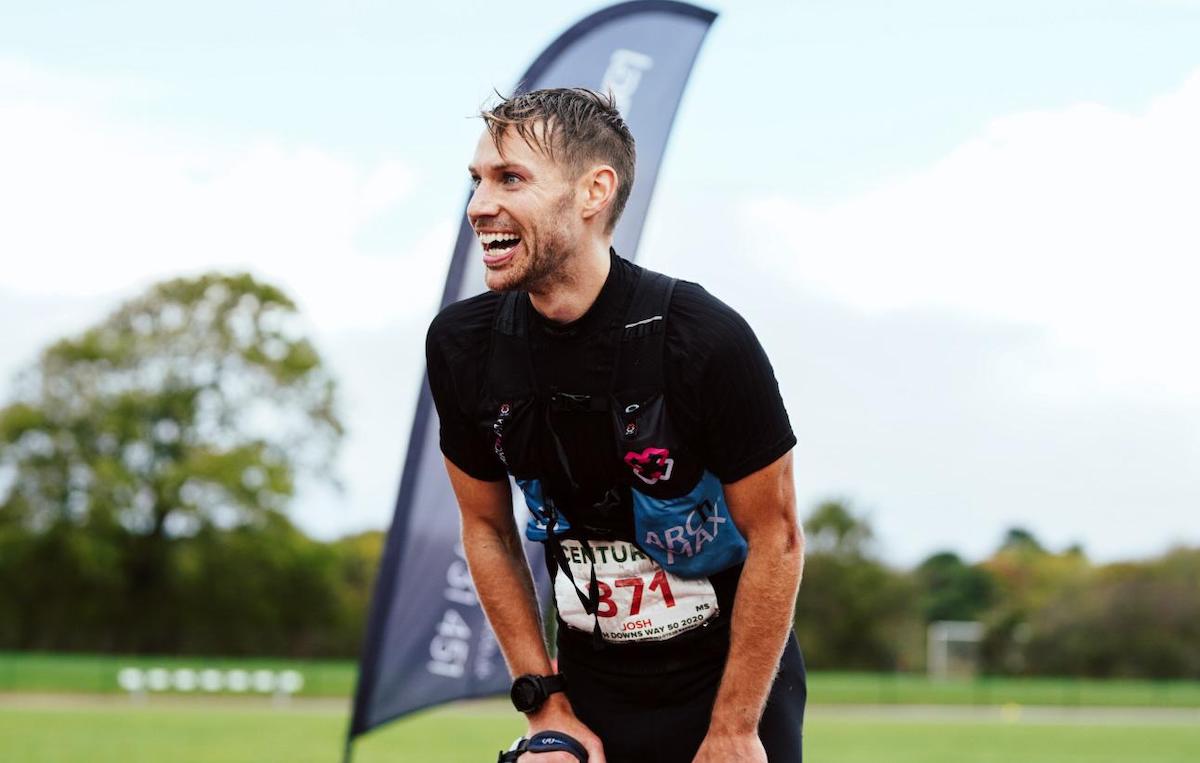 This weekend was relatively quiet on the racing scene but the action included the South Downs 50 miler alongside a some quality racing over 5km, 10km half, and even full marathons.

Proving their ultra-endurance is second to none were all the athletes at the Centurion Running South Downs 50 miler. Over a scattered start which saw athletes set off between 6am and 8:30am, athletes were unable to tell where they stood until the finish.

The event takes place along the South Downs Way National Trail, beginning in Worthing and finishing in Eastbourne. The race opens with six miles of chalk footpaths and bridleways before they climb up to join the trail at Chanctonbury. The finish takes the participants around one lap of the track at Eastbourne to tease them with the lack of elevation involved in track running!

This year’s winner was Josh Barrow. Barrow had a relatively early start time just before 7am and finished at 13:00.5, meaning he negotiated the testing 50-mile route in a rapid 6 hours and 15 minutes in what was his first race above the marathon distance. He was followed by 69 minute half marathon man Ed Knudsen, who set off before him and finished before him, making it difficult to know where Barrow stood throughout the entire event. Knudsen had a finishing time of 6:18:57 followed by Tom Tweddell who had a cracking run to finish in 6:29:49 pushing multiple ultra winning athlete Jon Ellis into fourth place.

Michelle Maxwell managed to push on through the testing nature of the route and conditions to take the win in the women’s race. Maxwell, a coach at Chippenham Harriers was a 2nd placed finisher at this year’s Thames Tow Path 100 mile race. She managed to set a time of 8 hours 15 minutes and 49 seconds. The second woman to finish was Sharon Bolister in 8:23:59 ahead of Canada’s Kathleen Short in 8:25:00. Jodie Gauld was fourth. Scott and Walsh on form at Even Splits 5km

The York Even Splits 5k Series gave athletes the opportunity to battle it out over the 5k distance. This event saw plenty of PB performances. The overall win was taken by Rob Scott of Richmond & Zetland in a new best time of 15:07, 7 seconds ahead of his old PB. Second place was secured by the U23 Durham Uni athlete, Callum Elson, who also added a new PB to his name with the exact same time as Scott’s. Elson also crossed the line in 15:07! Third place went to Daniel Franks (Wakefield) in 15:37.

Out of the women it was Jennifer Walsh (Leeds City) who claimed her place at the top of the podium in 16:47, not far off her previous PB. Walsh was closely followed by Charlotte Mason of City of York in a PB of 16:55. Third woman was Rebecca Winter of Ackworth in 17:59.

At the Beachy Head marathon where wind whistled and blew against all the runners, revealing those who had true guts to get to the finish line. Over what is far from a fast, flat course, the first runners still managed to significantly dip under the 3 hour barrier. In a golden time of 2:40:09, Peter Huck (Barrow in Furness Striders), came across the finish line with a massive lead after conquering the tough conditions. Will Green (Lewes AC) was shortly behind Huck in 2:54:32 followed by James Turner (Brighton and Hove City AC), who also broke 3 hours, with a strong 2:57:47.

Proving her strength in the women’s event was Emma Davis. The Fulham Running Club athlete took home the gold medal in 3:24:23. Just behind her, representing Horsham Amphibians Triathlon Club, was Amy Harris. Harris ran an impressive 3:27:14 to finish just ahead of Bobby Searle (Brighton Phoenix) in 3:32:50.

In the half marathon event, the challenge was just as fierce as the competition. Representing Victoria Park Harriers, Stephen Fabes secured himself the position at the top of the podium with a 1:23:11 finishing time, just 22 seconds ahead of silver medal finisher Jason Lee (1:23:33, Lewes AC). Also proving his strength in the challenging event, was Marcin Gawel (Dabrowski Team) who finished in 1:26:13.

Fulham Running Club also dominated the women’s half marathon as Rose Penfold took the win in 1:32:53. Alexie Williams of Dulwich Runners was the second finisher in 1:35:30 followed by Sophie Coleman in 1:38:37.

The Langdale marathon and half marathon also saw the arrival of some very challenging conditions. The marathon was a surprisingly close one with the win going to Dan Grundy (Trawden AC) in 3:11:18 with Steven Abell just 23 seconds behind. Ryan John Neve secured third place in 3:17:37. The first female finisher was Jennifer Swindell (Ackworth Road Runners) in 4:19:21 follows by Janine Webb and Hollie Ryder.

Over half the distance, Scott Nutter came out on top as he crossed the finish line in a sub 80-minute time of 1:18:18. The U20 Keswick athlete had a significant lead with second place going to Daniel Greenstein (Shaftesbury Barnet Harriers) in 1:21:31. The third medal was secured by Sam Upton (Witney Roadrunners) in 1:25:48. Out of the women, it was Laura Newland who took the win in 1:44:28. Kathleen Aubrey was the second female finisher in 1:49:18 with Elaine Stone shortly behind.

Well done to everyone who took part in today’s Langdale Marathon and Half Marathon in challenging conditions!

PBs defy the wind over 10km

Speeding it up over the shorter 10k distance was Dominic Jones at the Leicestershire 10k. Jones had a fabulous run to finish in the lead with a cracking time of 31:11. He managed to keep Simon Birch off his shoulder as he came in second in 31:42 which is a solid 21 second personal best time. Alex Hampson finished in 32:03 for third place.

Hannah Lord was the fastest woman of the day in a relatively close race. The Riverside runner crossed the line in 37:05 to earn herself a 49 second lifetime best time! The avid Parkrun attender has obviously benefitted from the hunger caused by a lack of racing. It was Kelly Butler of Birchfield Harriers who secured the silver medal position in a close time of 37:12. Also incredibly close behind was Nicole Swaffield in 37:16.

The strong 10k performances also saw Neil Kevern break the tape at Woodley 10k. Kevern also managed to dip under that 33-minute mark with a solid 32:54 time. Thomas Millard in third came frustratingly close to breaking 33-minutes as he clocked 33:01. So close!!

There were also some speedy times ran by the women with Lesley Locks taking home the win. Locks managed to pull out a fast time of 35:54 for first place. She was followed by Kirsty Walker (Reading AC) in 35:59 and Faiza Abdulla in 37:04.

Plenty of runners continued on on the 10k speed at the Dave MacDonald Haltemprice 10k in Anlaby. Kris Lecher of City of Hull AC, who boasts a PB of 30:16, took the win in Anlaby with a time of 31:50. Lecher had a massive lead ahead of second place finisher Runner Saether who clocked 33:33. It was Richard Harris (Northern Masters AC) who came in third in 33:52. The women’s win wen to Tegan Roberts in 40:01, continuing the success for City of Hull AC. Della Hatfield shortly followed behind, clocking 40:10 to finish ahead of Katie Seddon (41:16).

Following on from a successful event a few weeks ago, racing continued at Dorney Lake over half, 10k and 5k distances. In the longest event of the day, the half marathon, Serpentine RC’s athlete, George Suthon dominated. Sutton clocked 1:12:39 for the 13.1 mile distance. London Frontrunner Alex Turner was next in 1:14:59 followed by Fergal Joyce in 1:20:59.

Rose Harvey did the women proud as she finished third overall in a rapid 1:15:03. This time was over a minute faster than her time set at the Victoria Park half last year. Cameron Hutton, also a London Frontrunner, was the second woman in 1:22:19 ahead of Jo Vickers (South London Harriers) in 1:22:55.

Going down the distances to the 10k, Kurtis Gibson did his club, Thames Hare & Hounds proud by securing himself the win in 31:34. Tim Lodge (Arena 80 AC) and Stephen Blake (Woking AC) followed in 31:55 and 32:30 respectively. London Heathside’s Evangelista Divetain took the win out of all the women, setting the standards high with a time of 38:07. Second female finisher was Ania Gabbies (Dacorum and Tring Road Runners) in 39:17. Alya Brooks came in third.

In the shortest event at Dorney Lake, it was female domination as Emily Proto (Lewes AC) stood her ground by taking the overall win! She clocked 17:32, at a venue renowned for being windy, just marginally faster than Matthew Allen of City of Norwich AC. Allen too clocked 17:32, but was given second place.

The second woman across the line, finishing fourth overall, was Hannah Pullen of Waverley Harriers in 17:56. The second male finisher was Ian Gutteridge (Datchet Dashers) in 17:46. The two bronze medal positions went to Gemma Buley in 19:10 and Matthew Davies in 18:12.

A beacon of XC hope

Proving that cross country may not be completely cancelled was the Tonbridge AC XC time trials. The event saw the clubs best athletes push themselves off the road. Out of the club, it was Matthew Taylor and Sophie Preston who ran the fastest times of the day with Taylor running 09:18 over the 3,000m cross country course. Preston clocked 11:04 which they predicted to equal 10:50 on the track. Verity Hopkins followed Preston with a time of 11:37, 11 seconds ahead of the third fastest female, Grace MacAuley. Matthew Dubery came in second out the men in 9:26 closely followed by Rhys Page in 9:32.