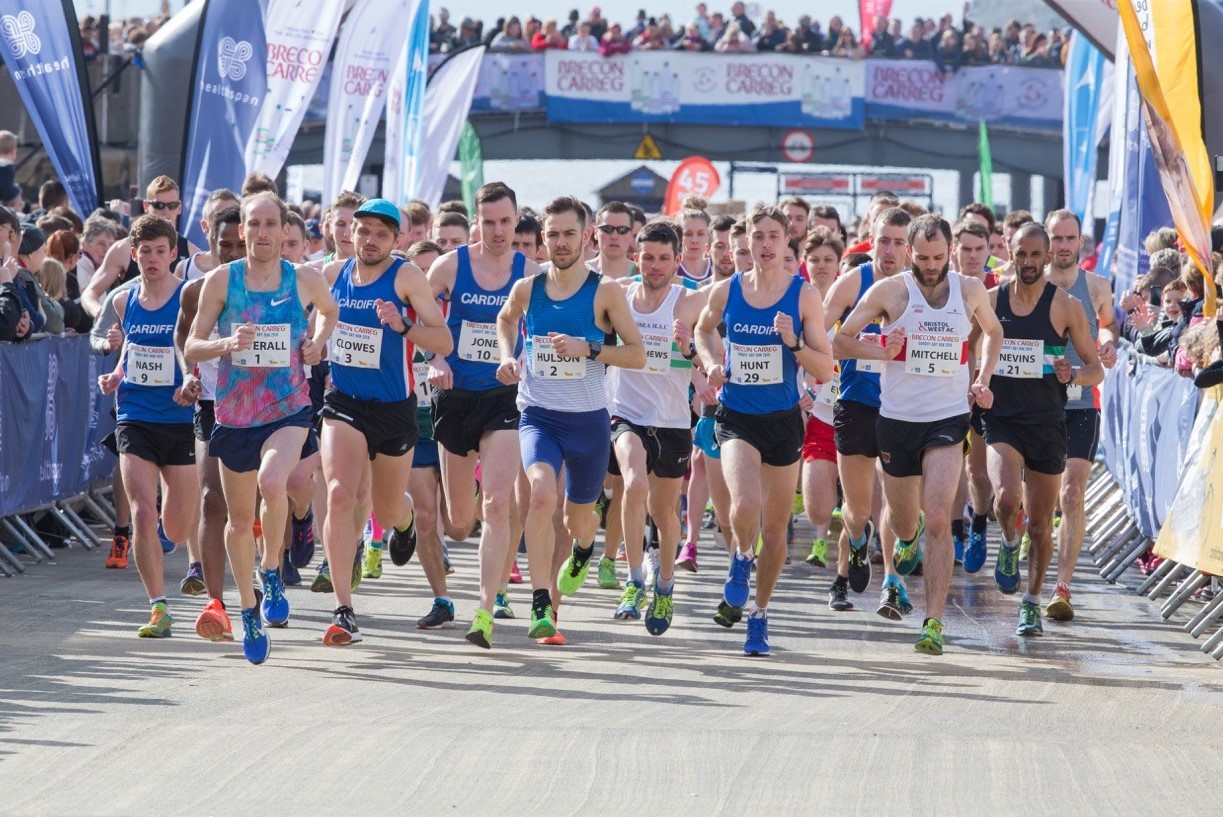 Dewi Griffiths (28:27) will look to regain his title from 2017 at the Brecon Carreg Cardiff Bay Run on Sunday. Griffiths set the course record at 29:07 on that occasion and returns to the race as part of his return to fitness following injury.

The Swansea Harrier and seven time Welsh Cross Country Champion will be looking to improve on his mark of 30:12 from the Admiral Swansea Bay 10k last weekend.

Sunday’s race will be the largest road race in Wales in 2021 and returns after an absence in 2020 due to the Covid-19 pandemic. The event will once again host the Welsh 10km Championships.

The next fastest on paper is Omar Ahmed of Birchfield Harriers who lines up with a P.B. of 28:39 set while finishing second at the Telford 10k in 2019. Ahmed is a twice winner of the Speedway 10k in Chepstow. Clubmate Kadar Omar (29:34) will also be in action on Sunday and came to notoriety in 2017 when he competed for the Refugee Team at the IAAF World Championships in London over 5,000m.

Ieuan Thomas (29:13) also competed in London and was seventh the following year at the 3,000m S/C at the Commonwealth Games on the Gold Coast. Much like Griffiths, he too is racing in Cardiff in a return from injury.

Abed Teweldebrhan (29:26) of Newport Harriers was second in Swansea claiming a scalp over Griffiths on that occasion and back in August when finishing second at the Cardiff 5k – Race For Victory in 14:17.

Sonia Samuels (33:18) will headline the women’s race. The 2016 Olympian from Sale Harriers was fifth at the Commonwealth Games Marathon in 2018 and 21st at the European Championships Marathon later that year. More recently Samuels was the winner of the Aldi Chester 10k in July.

Sophie Harris (34:35) of Herne Hill will lead the Welsh interest in the women’s race and will target a first Welsh title having recently set a 5km P.B. of 16:19 at Battersea Park earlier this month and after finishing sixth at the Cardiff 5k – Race For Victory.

Alaw Beynon-Thomas (34:57) of Les Croupiers RC is a prolific racer and a multiple Welsh Champion who will also be in action along with local athlete Carys Hughes (36:02) of Cardiff Athletics.