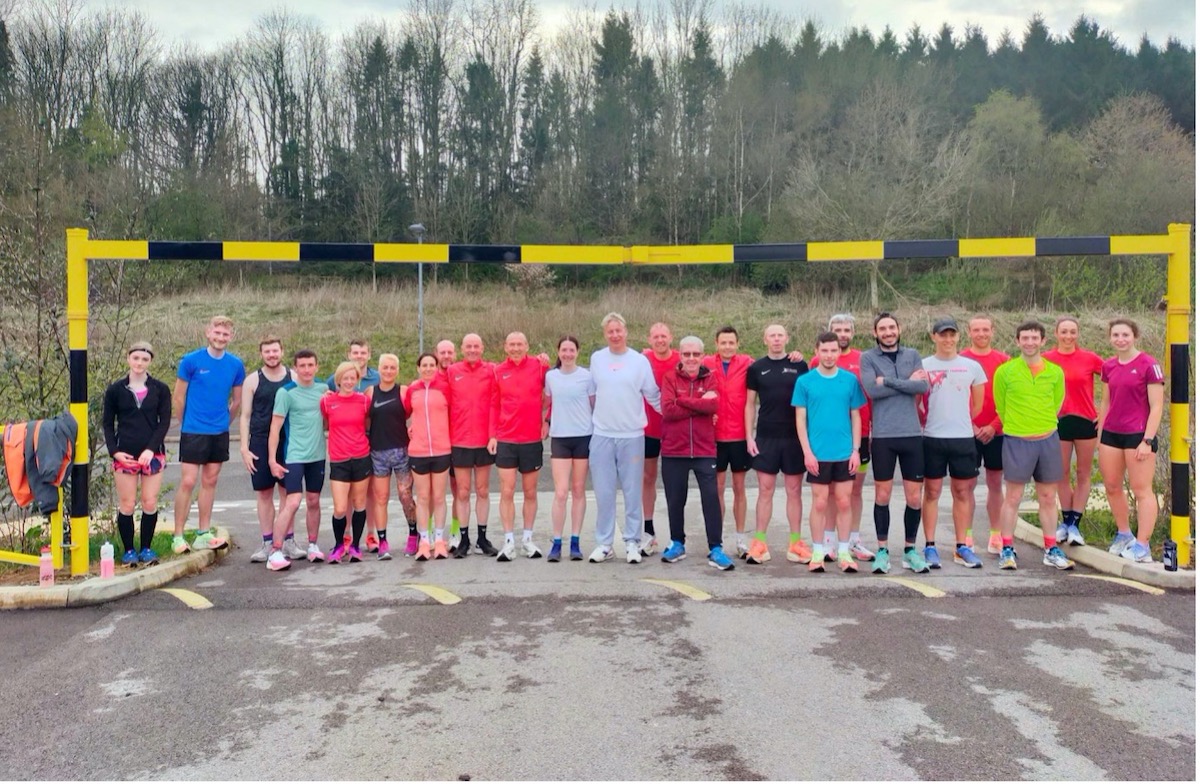 “I started running when I was 11 years old as a member of Liverpool Pembroke. I was predominantly an 800/1500m runner and was county level.

I’ve been involved with Stoke AC first as a runner in 1984 then later when my two lads joined the club. I’ve been operating for around a decade as a coach”, says the softly spoken man with a Merseyside accent who has greeted me with a warm handshake.

That man is Kevin Hendricken.

So why the transition from athlete to coach?

“I was frustrated just watching how my lads were being coached” he says with echoes of Peter Coe turning up and shaking his head at what he saw at Hallamshire Harriers in terms of the development of his own son Sebastian who would of course go on to become a two time Olympic 1500m champion.

When I press him for the depersonalised specifics he responds that, “Quite simply the element of progression was lacking”.

What kind of coach would he label himself as? He responds that he is a pragmatist rather than a theorist.

On this note his leaning is away from the ‘first principles’ kind of approach of the aforementioned Coe senior who was an engineer by trade and towards the kind of organic and experiential approach taken by the likes of Harry Wilson, who of course most famously coached Coe junior’s arch rival, Steve Ovett.

With reflection he tells that, “My own coach wouldn’t let me touch a track from the age of 11 till I was 14. I did most of my work on shale”.

The group is around 5 years old and started with around 7 people and grew to the 30 odd which it regularly has today. They range from early teens to early 50s. Affiliation is predominantly through Stoke AC but there is an inclusivity which is refreshing and healthy to those non members.

Kevin continues that, “I am people focused because some of my group will be running 80-90 miles a week and feel comfortable with that and yet others will break down physically if they exceed 50 miles a week”.

Ross Connor captained a Midlands senior road running team last year and is well placed to wax lyrical about his mentor. He asserts that, “Kevin puts a lot of time and thought in to his sessions and how they progress. He is an athlete centred coach and doesn’t take a one shoe fits all approach.

He spends a lot of time on individual training plans and tailors sessions dependent on your ability, where you are in your personal plan and if you are coming back from injury. Kevin is a hands on coach and spends time giving additional support and encouragement. He’s a great coach!”

Without labelling himself as a ‘Lydiard man’, Kevin implicitly believes that a solid aerobic base is needed as the platform to then build to the development of strength endurance, with him citing the need for athletes to undertake cross country due to its benefits to core strength and stability.

Himself being coached by the esteemed Stuart Storey, Kevin is a firm believer in strength being developed predominantly through body weight and plyometrically based exercises. In terms of loading he believes in athletes working over a 5 to 6 week mesocycle with one week of easy aerobic running offering the deloading opportunity for regeneration.

Without having been influenced explicitly by the philosophy of the late, great Fank Horwill, Kevin is implicitly an advocate of multi-paced training. Whereas the founder of the BMC operated athletes over differential paces from 400m to 1500m, given the long distance rather than middle distance focus of the group, Kevin tends to operate over 4 differential paces- namely 3k, 5k, 10k and half marathon.

Recoveries are progressively reduced as are the times of the efforts with emphasis being on consistently of 10k pacing. Given the demanding nature of the session, the athletes operate off a walk rather than jog or ‘roll on’ recovery.

Some of the group pictured include the following individuals:

The above leaves us with a number of questions for self-reflection:

1. To what extent as a coach am I a theorist or a ’bottom up’ organic coach who brings his experience as athlete to the table?
2. How can I remain athlete centred whilst wanting to develop the subcultural element of large group training as a coach?
3. Why might some mode of multi-paced training system benefit me as an athlete?
4. What are the benefits of locking into one specific pace for a session?
5. When was the last time I effected a session based on reduced volume and recoveries and why did I do so?
6. How do I approach the loading and deloading phases of my training mesocycles?