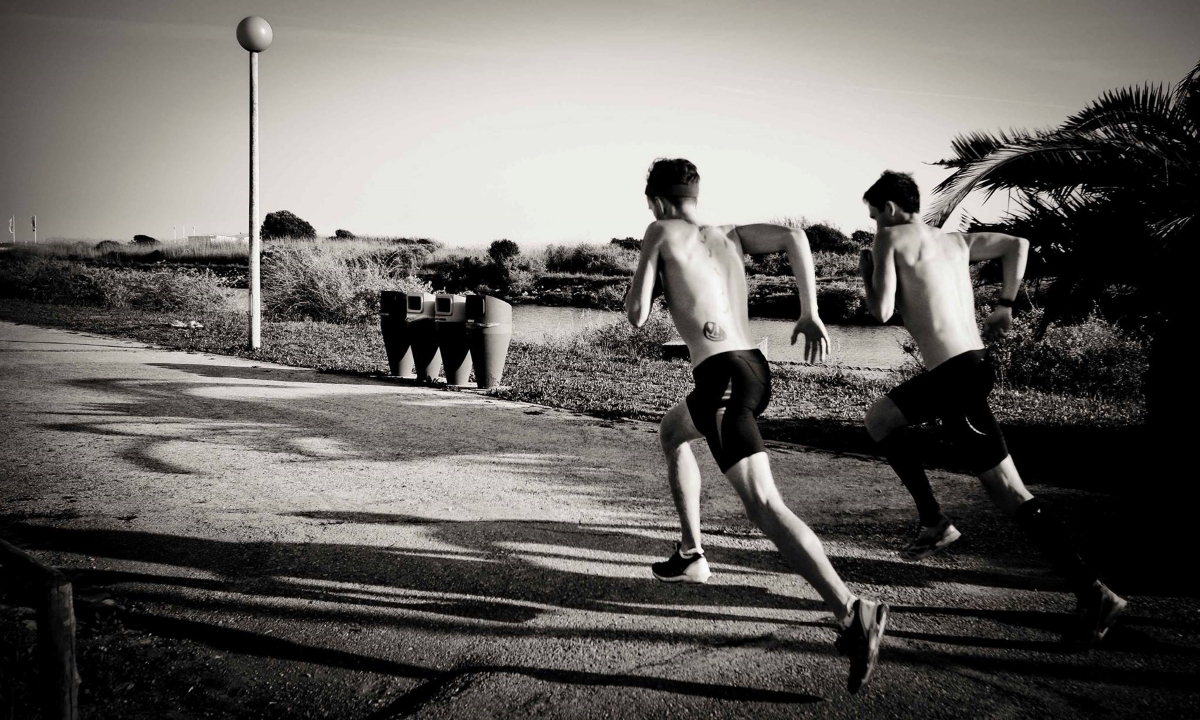 Polarised training is where an athlete spends a high proportion (very roughly 80%) of their training working at a low intensity, with the remaining training (roughly 20%) carried out at a high intensity and less time working ‘in the middle’ – steady. The debate around training intensity distribution and whether to polarize one’s training in terms of the variable of intensity is not a new one.

Ever since the days of Woldemar Gerschler with his experimentation on interval training and Gosta Holmer’s use of the fartlek in the middle decades of the twentieth century, the debate has had some kind of reference point. So what’s different?

Sports science seems to have caught up with organic coaching practice as evidenced by the recent debate on the utility of polarisation as framed by Burnley et al. (2021) on the one hand and Foster et al. (2021) on the other. In the Journal of Medicine and Science in Sports and Exercise, the former put forward the argument that polarization is not optimal, whereas the latter make the case that is optimal.

Burnley et al. (2021) take as their starting point, what the felt was the somewhat misleading taken for granted assumption in endurance sports that one should effect 80% of training as ‘easy’ with the remaining 20% being ‘hard’. They quite rightly argue that this kind of binary is somewhat unhelpful and devoid of the social practice of how athletes actually train.

Burnley et al. (2021) are adamant that regardless of the intention of endurance athletes, most of them effect pyramidal rather than polarised training in practice. The latter would see most ‘training eggs’ being put into the baskets of Zones 1 and 3 respectively. In practice, they assert that the reality is athletes put most eggs in the basket of Zone 1, a lesser number of eggs in Zone 2 and an ever smaller amount in Zone 3.

The utility of threshold training

Burnley et al. (2021) are concerned that those who advocate polarized training may unwittingly be inclined to steer athletes away from modes of threshold training which they locate in Zone 2. By doing this they fear that the training diet of the athlete may neglect the specificity needed in terms of the biomechanical, physiological and psychological adaptations needed for race specific preparation.

In citing intellectual support from the work of Jack Daniels and Renato Canova, they conclude that, “Clearly too much of any type of training, may lead to overreaching and perhaps increased risk of injury or illness but there is no justification for the suggestion that Zone 2 training is especially problematic.

The case for polarization

At the heart of the argument made by Foster et al. (2021) is the conviction that the sparing use of Zone 2 training is effected by athletes who they believe do prefer to go for Zone 1 training on the one hand and then a limited amount of Zone 3 training on the other. They assert that, “It appears that athletes self-select for a large total percentage of low intensity (Zone 1) training, combined with a smaller, but apparently obligatory, percentage of competition specific (or higher) intensity training.

Foster et al. (2021) present empirical evidence to suggest that between athletes across a range of endurance based sports, including skiing, cycling, swimming and rowing, effect 60%-90% of their training in Zone 1. They explain this due to the concept of ‘mitochondrial proliferation’. High volume training is underpinned by ‘calcium signalling’ which not only has a higher adaptive potential for the athlete but critically, they say, avoids excessive autonomic stress on the athlete.

Foster et al. (2021) note the sparing use of high intensity training which they say is underpinned by ‘AMPK signalling’. Whilst acknowledging the need for this amongst the endurance athlete community they emphasise that its overuse can lead to inflammatory responses and overreaching. They cite a well established paper by Billat et al. (1999) which suggested that runners can only tolerate less than 10% of Zone 3 training.

Towards the end of their work, Foster et al. (2021) seem to offer an olive branch to Foster et al. (2021) in trying to reach some common ground. They make reference to the Heritage Family Study which evidenced that responses to training were highly individualised. In this sense the debate has no ‘winner and ‘loser’.

If it were a boxing match, the referee would be raising both hands and announcing a draw and perhaps coaching discourses need to move beyond unhelpful binaries like ‘quantity’ versus ‘quality’ and likewise ‘polarization’ versus ‘non polarization’. If one is truly athlete centred, there can be no room for ‘one size fits all’. So a draw the debate may be, but to further the boxing analogy, a rematch is inevitable as its been a prickly rivalry over many decades.

Running coach Tom Craggs, offers me a word of caution around the concept of hard and fast training ‘zones’. “Sometimes we can get a bit too caught up with zone based training and forget the nuance. Training in zone X vs zone X = this exact adaptation or working this exact energy system isn’t always helpful or accurate. Remember as well there is more to training that just purely metabolic and biophysical measurements.

Training is a continuum and sometimes we can over complicate things. Train easy a lot and use the tools you need to learn what easy training really is for you – if thinking in zones helps – fine, train at higher intensities sparingly and only when you are conditioned, respect the adaptation time needed after after these more intense sessions, spend some time at your planned race intensity as you get closer to race day. The skill is bringing it all together for an individual and creating consistency over years, not just weeks and months”.

The above leaves us with the following questions for self-reflection:

1. How many proverbial eggs do I put in the three respective zonal baskets?
2. Why do I polarise or pyramid my approach to training?
3. What is my understanding of threshold training and how do I effect it.
4. When do I know I am in danger of doing too much steady state or high intensity training?
5. Is my current training intensity distribution getting me better prepared for me goal race and how might it change over time?

Matt Long served as one of his coaches at a recent training camp for athletes targeting Team England selection for the Commonwealth Games.