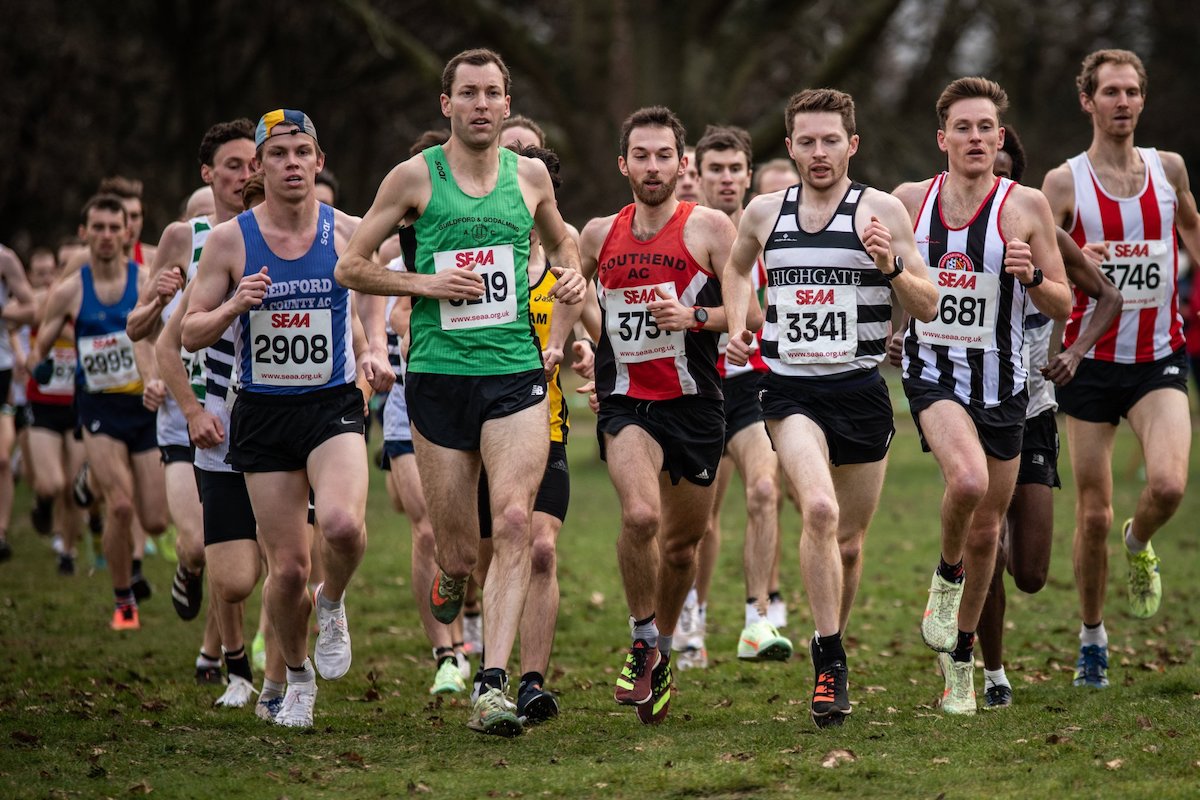 Josh Kerr targets the British mile record, regional XC championships show off the best athletes from their areas and half marathons result in PBs

The World Athletics Indoor Tour Gold took place in two locations this week, kicking off in Karlsruhe where Elliot Giles won the 800m in 1:46:78. A mention must also go to Berihu Aregawi of Ethiopia who went fifth on the world all time list for indoor 3000m after running 7:26:20. On Saturday it was over to New York for the Millrose Games where Amy Eloise Marcovc logged a fourth place performance of 8:49.49 over 3000m

Josh Kerr had set his intentions on breaking the British indoor mile record of 5:52:02, set by Peter Elliott in 1990. He came tantalisingly close to doing just that, running 3:52.27 for second place and breaking Chris O’Hare’s Scottish record in the process. The race was won by Ollie Hoare who set a new Australian record of 3:50.83. My personal hero of the night though was New Zealand’s Nick Willis who ran 3:59.71 which means that he has run a sub four minute mile for 20 years in a row.

Closer to home there was a great run from Jenny Selman in Glasgow at the the Scottish Athtletics Indoor Championships saw her run 2:01.84 over 800m. That’s a third PB in as many races and close to Commonwealth Games standard (2.01.39).

While Josh Kerr was still stating his intentions for the mile Charlie Grice got out there and won his race over the same distance at the Razor Back Invitational, Fayetteville AR, clocking  3:57.39. In Seattle Jake Heyward clocked a fantastic 3:53.25 mile. In Australia, Nick Earl placed 12th at the Chemist Warehouse Zatopek 10 in 30:05.12.

Over 8000m around Beckenham Place Park, Jess Gibbons took the Southern XC Champs win for Reading AC in 28:16. Despite her efforts, the team honours went to Aldershot, Farnham and District. A,F&D finished a huge 28 points clear of London Heathside, with Basingstoke and Mid Hants third. Individuallym, Niamh Brown of A,F&D was second in 29:06 and Beth Hawling third for Heathside in 29:13. The men’s course was the longest of any of the championships, registering as just over nine miles of off-road (ish) work. Impressive work from Andy Coley-Maud (Guildford and Godalming) saw him earn his crown in 47:41 after fighting off Ben Alcock (Bedford and County) who was hot on his heels in 47:46 and Alex Teuten (Southampton AC) just a spike-length later in 47:49. Southampton left no doubt over the team results, logging 131 points. Highgate Harriers came second with 221 and Tonbridge AC third with 230. James’ photo off whatsapp of the men’s team podium or In the Senior Women’s race (8k) at the Midlands XC Champs, Berry Hill, Mansfield, Katie Holt won with a clear lead in 28:35, holding off Lily Partridge who is working her way back into form and finished in 29:15. Mountain runner Kate Maltby was third in 29:15. Team prizes went to Birchfield Harriers (43 points), Charnwood AC (50) and City of Stoke AC (80).

In the North, Pontefract Park played host to and great race with a fight to the end over 8.12k at the Northern XC Champs. Eleanor Bolton’s 31:13 earned Ribble Valley Harriers the individual gold and Sophie Tarver ran 31:19 for a Wirral AC silver,  though neither club featured in the team podium.

It was great to see Georgia Taylor-Brown on the way back after Covid running 31:26 for third and assisting Sale Harriers Manchester in their third place team spot (116 points). Above them were Vale Royal who were first with 72 points and Hallamshire Harriers Sheffield close behind with 74.

12.2k was the distance required of the men and it was Hugo Milner who raced home first in 41:43 for Derby AC, just nudging out Nigel Martin (Sale Harriers – 41:50). Daniel Haworth was third in 42:17 for Matlock AC. The team titles were close with Salford winning with 142, Leeds second on 149 and Hallamshire Harriers third with 151

On the Roads Abroad and at Home

Run Through Battersea Park Chase the Moon on Wednesday night offered the normal 10 and 5k options. The 10k had a particularly good women’s field this time, as Jess Saunders crossed the line in 37:05 to keep a traffic-anger-fuelled Sam Amend in second place with 37:36. Georgina Spenceley kept the top three sub-39 clocking 38:45. A ridiculously tight men’s race resulted in the podium being populated with performances only eight seconds apart. Arthur Dickson Bell won out in 32:22, Kieran Morris was second in 32:27 and and John Hutchins third in 32:30