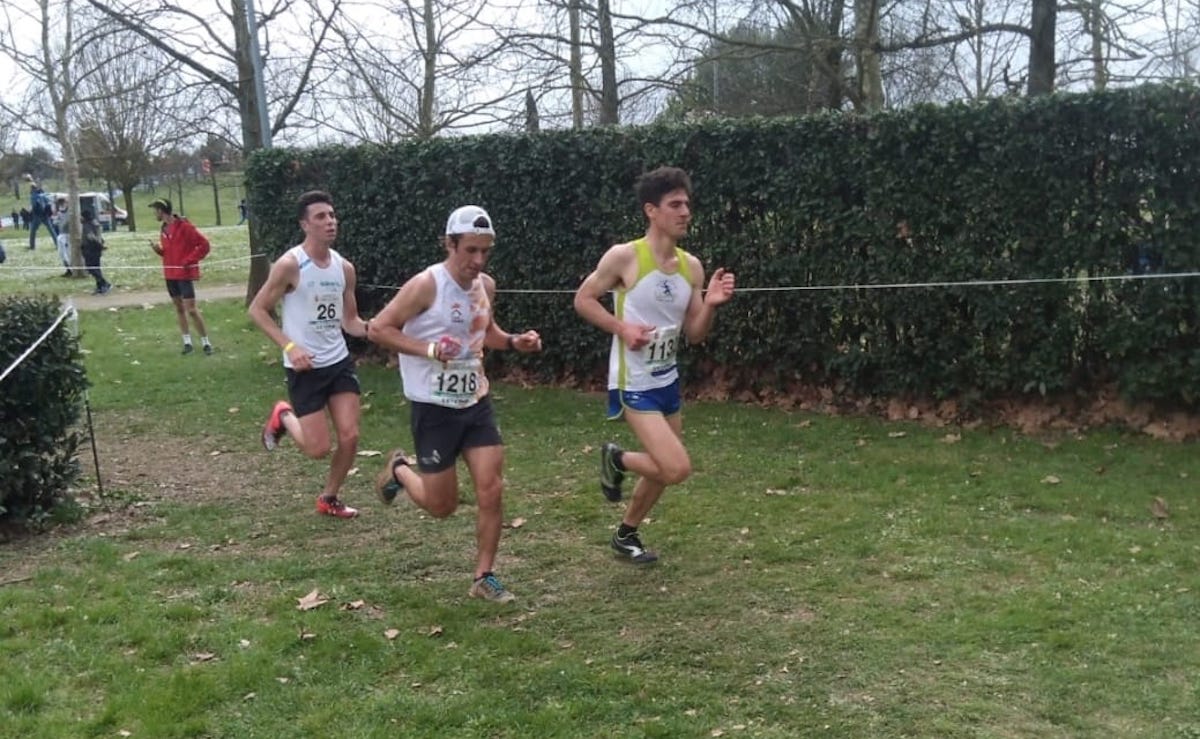 The NCAA Division I and II Indoor Championships took place this weekend in America. At the DI competition in Fayetteville AR, Finley Mclear (Exeter), who won the Euro U20 Bronze, ran 1:45.91 for second place in the 800m to be beaten by only 0.01 second by Charlie Hunter of Oregon – this is why I’ll never run silly short distances – well, that and my legs don’t move that fast.

Tom Dodd (Birchfield Harriers) and Yusuf Bizimana (VP&TH) both made the mile final, clocking 3:58:65 and 3:59:55 for seventh and eight place respectively. For the first two laps Bizimana shared the lead with an Oregon athlete called Cole Hocker. Why should you care about that? Well, Hocker not only went on to win the race in a blistering 3:53.71 but an hour later he logged a 7:46.15 win over 3000m as well. Some cool-down.

Mark Vile has updated us on a fantastic performance Seb Anthony to finish 2nd at the Div 2 championships running a PB of 1:48 for the 800m, ranking him 7th all time in Div 2.

Britton gets stuck in at Italian XC Championships

It is green eyes of envy that we report on the Italian National Cross Country Championships, as XC season disappears without starting in the UK. World half marathon champ Jacob Kiplimo looked composed as he took a comfortable victory in the senior men’s race.

Fast Running’s own Robbie Britton was in action finishing the 10.4km course in 36:00 has he continues his own return to running. His local club A.S.D. Climb Runners qualified for their first national champs and his team mates Francesco Nicola and Lorenzo Gardini both ran strong races in 96th and 141st respectively.

The long running, mountain man said “I finished 134th, but I am just happy I wasn’t lapped by Kiplimo. We had a nice hail storm come in for the last lap or so, made it a bit muddier at least”. Highlights of the race can be found here. Hills, but not much mud for Britton. You can tell we were a little short on photos this week when our editor features twice.  Photo: Enzo Mersi (Climb Runners)

There were a few other UK athletes scattered around competing in their current localities – Danielle Rowlinson (Wolves & Bilston) clocked a 17:58:50 PB for 22nd place in the Ben Brown Invitational in Fullerton CA. Meanwhile, in the Myrte Beach Collegiate Challenge in South Carolina, Tess Masselink (Tavistock) took the 5000m win in 18:04.80 to beat her fellow Charleston Cougar and compatriot, Rhian Purves (Gosforth) who finished third in 18:39.89. Amber Scott (Mansfield) was also in action over 3000m and took the silver spot in 10:59.01.

Australia is able to race more freely than most countries at the moment and while they may be some way away, the Richmond Harriers saw a clutch of Brits test their mettle at the Tiger5 (5k) event in Clifton Hill.  In the men’s A race Orion Harriers were just pipped to the podium as Frankie Conway had to settle for fourth place in 14:47.83 and Jonny Earl (Hercules Wimbledon) was 17th in 15:48.28.

Cali Thackery (Rotherham) was runner up in 16:04.396 in with women’s A race, while the only GB PB of the event came from Jonney Yeates of Barnet who also nabbed a silver, running 15:55.34 in the men’s B race. In Spain, Jo-Anne Barfoot (V45) was competing for Team Bath over 3000m in the Control Invierno Málaga and came away with eight place and a new PB of 12:26:11.

The World Athletics Tour Bronze Meeting in Canberra didn’t have any UK athletes competing and neither did the Sydney Track Classic World Tour Bronze where Matthew Ramsden of Wester Australia won the 5000m race and national champs in 13:29.99 while Andrea Seccafien of Canada topped the women’s rankings in 15:25.62.

I’m afraid there are also no UK athletes in this next batch of results but I’m going to tell you them anyway because Japanese marathoning is so interesting and until the GB marathon trials race next weekend, it’s the only way to scratch that marathon itch. After the insane depth of field in the men’s Lake Biwa Marathon a few weekends ago, this time it was the turn of the women at the Nagoya Marathon.

A well known female-only race in Japan, it bucked the current norm of smaller elite only races. 2021’s edition saw not only the elite race, but a mass-participation field of 5,000, and 9,000 more in the accompanying half marathon. 62 year old Mariko Yugeta had her sights on beating her own 60+ world record (set at her 109th marathon in a time of 2:52:13). However, unlike the perfect conditions at Lake Biwa, the women were buffeted by winds as strong as 14 m/s.

Team Diahatsu (Japanese running teams and culture us well worth reading up in of you had no idea about this) took the win thanks to Mizuki Matsuda who seemed relatively unperturbed by the conditions and finished in 2:21:51 – close to record set there last year of 2:20:29. Yugeta still managed to notch up a great time, but fell short of her goal finishing in 2:54:32. A time which still only got her 70th place! If you ran 2:59:59 in that race you’d still only have got 124th place.

I may get in trouble for saying this, but I’m going to anyway – I can’t help thinking that if the women-only races in the UK assumed that you could have this kind of depth of field, rather than branding them pink fun-runs with sparkly medals, well, perhaps a lot more ladies would really believe they could log the times they are really capable of and stop saying “oh but I couldn’t keep up with….”. Anyway, I’ll get off my hobby horse and back to the results – the women’s half marathon was won by Rina Goto in 1:26:05 and the men’s half by Hajime Sakai in 1:05:59.

In other news, London Marathon Events announced the list of athletes it has offered to fund over the next year. They offer the funding to athletes who are not part of the British Athletics funding programme and so give the chance of some support for emerging, ineligible or otherwise overlooked athletes.

This year saw 29 athletes funded, many of whom we hope to see in action over the 3.3km loop in Kew Gardens next weekend as they compete in the GB Marathon trials. As soon as we have a start list for that race we’ll be sure to bring you a preview. In the meantime, get scrolling on Strava to see who you think is tapering hard.