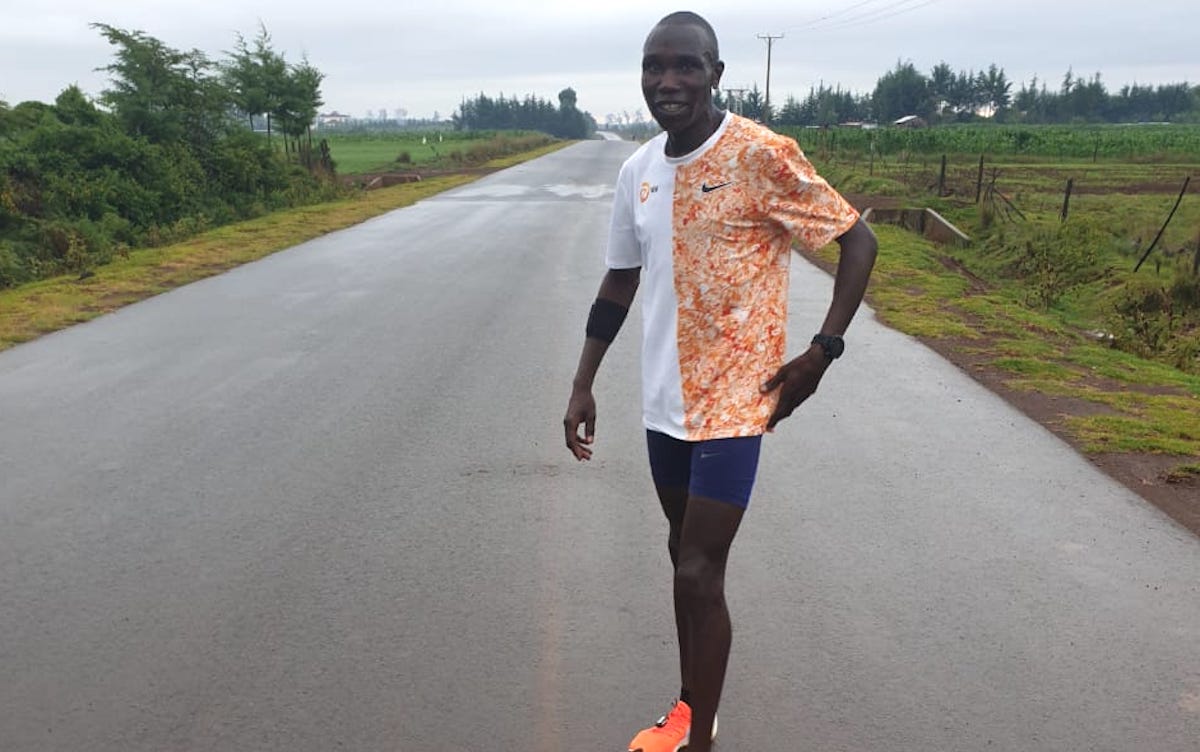 MA RA TH ON Worldwide Team Relay took place at the weekend and saw over 100,000 runners taking part with British athletes prominent at the top of the leaderboards

MA RA TH ON was launched by the NN Running Team together with Maurten and NN Group and saw runners tackle the marathon distance in a relay format in teams of four.

‘ASICS Team Tempo Elite’ were victorious in  both men’s and women’s team competition. The teams, based in Australia, clocked times of 2:03:06 and 2:42:03 respectively. The results don’t allow us to see who made up each team but from the ASICS video we can identify Adam Clarke and Jacob Cocks as two of the members. A team from Sale Harriers was the 2nd fastest men’s world wide clocking 2:07:00.

The fastest 10.5km leg times went to Geoffrey Kamworor and Ashete Bekere who clocked mighty impressive times of 30:08 and 34:15 respectively. British athletes were to the fore though with Eilish McColgan the 2nd fastest woman overall. McColgan actually clocked an incredible 31:38 10km which would have seen her top the leaderboard but the Scottish athlete jogged the remaining half kilometre as a cool down.

Italy based British mountain runner Emmie Collinge finished 5th woman running 36:01 including a 34:11 10km. Sophie Delderfield was the 3rd Brit on the leaderboard in 18th with 39:38.

Welsh athletes dominated the British men’s best times. Dewi Griffiths clocked the fastest leg with 31:36 to finish 12th just ahead of James Hunt who, due to clocked 31:29 (rankings were formed from the average run pace and Griffiths ran a little further than James). 3rd fastest Brit was Josh Griffiths with 31:31 who finished 16th one place behind Eliud Kipchoge who clocked 31:28.

Thank you to everyone who joined us on the start line. We’ll see you soon. 🙏 #RunAsOne

Jos Hermens, director of the NN Running Team: “Running is the true universal sport, today shows that more than ever. This event has brought together people of all nationalities, of all abilities, all with different motivations, in a shared love of running.

This is one of the most challenging times we’ve faced as a society, we are fighting together for our health, we are fighting together for a greater cause. If we can show, through running, that we can mix cultures and people of all colour, in such a positive way, there is nothing that sport cannot do. I was proud to see some of the greatest athletes in the world, team up with amateurs across continents, and show that we really are one.”

The event also received support from the broader sporting community as Tottenham Hotspur F.C. cheered on Eliud Kipchoge and cheered on their fans to go join the challenge while ultra-running legend Killian Jornet also set out to complete the 10,5km for his part of the challenge.

A word from the man himself

Olympic Champion and world record holder Eliud Kipchoge: “As runners we have missed the feeling of excitement and nervous energy as we wait together on the start line with thousands of participants. We have missed the teamwork and camaraderie that comes through completing a marathon together.

This weekend we were able to join as one to recreate that feeling, that excitement and hope. People from all over the world, from all nationalities, backgrounds and religions, stood on their start lines alone, but united. everyone who ran their 10.5km, you were part of a team, who together completed a marathon in this global celebration. My teammates and I thank you, we are one. Keep running.”

For just £30 per month athletes are provided with a Final Surge plan for each day of the week, coaching advice from Robbie Britton and Tom Craggs, as well as access to the unique Fast Running Performance community. If you would like more information on joining the project, click here.

Inspiration from your club mates
A race which must be run