Orchestrating through the Chaos 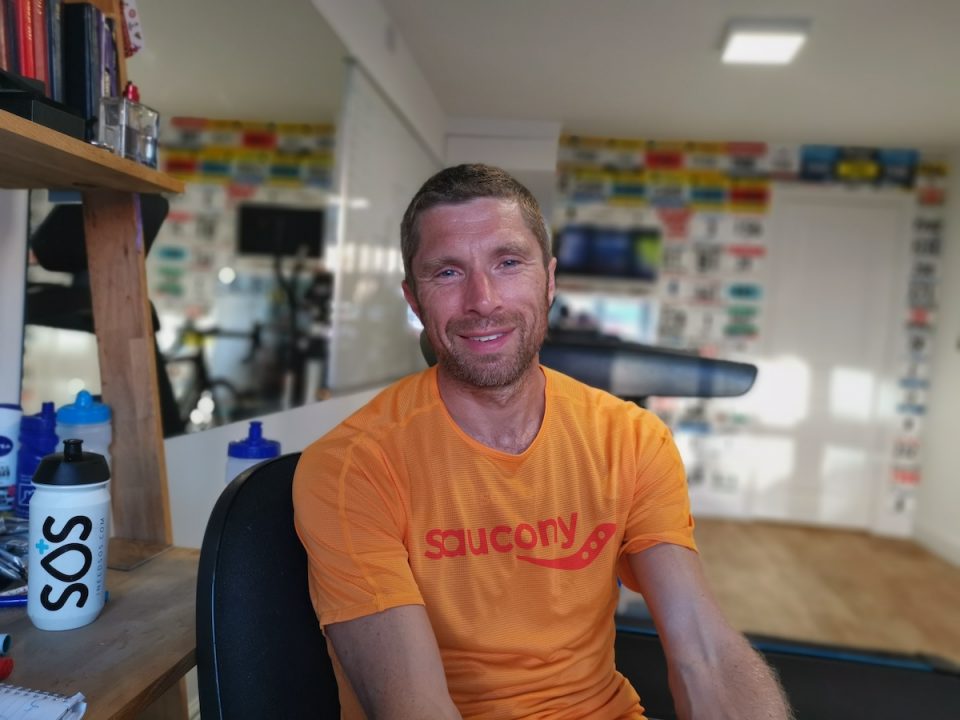 We spoke to one of the leading lights of British endurance coaching, James Thie, about his work and his hopes for 2021. In the first of a two part interview Hannah Irwin explores the impact of COVID-19 on his coaching process

James Thie is the current World Masters Indoor Champion over the 800m, 1500m & 3000m and was 4th in the IAAF World Indoor Championships in 2004.  He is now helping others to become the best they can be.

As head performance coach for endurance at Cardiff Met University he coaches both students, up-coming athletes and established runners. Many of his athletes have achieved international status and with James’ guidance are continuing to flourish.

Orchestrating through the chaos

As an athlete it has been tough at times training without knowing what exactly you are working towards, but for the coaches out there it has been even tougher. They have had to orchestrate training and set athletes in the right direction, without any specific targets to structure training towards.

James Thie has first-hand experience adjusting to the times for his athletes.

He says “It is still that mentality of keeping athletes happy and healthy, and bubbling over at 95%. For some it is a good opportunity to push on a bit as there is less pressure. There is no absolute trial race and less travelling to cause stress, so for some they can extend training.

Now is a real opportunity for those that focus and stay positive, when they come out the other end, to make big steps. People are making underground progressions that we aren’t aware of. We aren’t witnessing the jumps people are making as there are no races to see their progress. It is going to be an exciting few years to see who has made that jump, because I think there will be some people who do make that big transition.”

Thie is the Director of Athletics at Cardiff Met University, so knows exactly how student-athletes have been coping. We asked him how the pandemic has affected their training and wellbeing.

“Going back to March, everyone was in the same boat. It all came on pretty quickly, with the pandemic, lockdown, and the shutdown of the summer racing season. We are lucky as endurance runners that we could adapt pretty quickly. One thing I really noticed, is the way it affected jumpers, throwers, and sprinters, where facilities are fundamental.

The distance runners I coach were able to adapt more easily. There were no tracks or gyms, but I adapted training to this. I started doing online circuits, time trials and different challenges. I definitely saw the way it impacted different people. There was and is also the impact of Covid-fatigue (the mental effect of the pandemic).

Some people were desperate to race when lockdown was lifted, whereas others just didn’t feel there mentally. I think the main challenge came in September and October, when we had expected things to be getting better, but they were in fact getting worse. The lack of planning and motivation was setting us backwards, and all over the place. As a coach you look at races to form blocks, but we’ve been in limbo and uncertainty.”

Editors note – You can catch up with James’ widly popular circuit sessions over at the Team Thie YouTube Channel.

The power of good company

Something lockdown has really done for all of us, is cause us to appreciate the things we took for granted.

“In Wales at the moment,” says Thie, “we can now train on the track in groups, and all athletes were buzzing off it. We truly missed this. We never thought we wouldn’t be able to get on a track, or go to the gym, or train in groups, but it has really made us appreciate these small things.

For some of the guys, getting back on the track was like Christmas. It really showed some why they run and why they compete, but for others it has been really tough, specifically other sports.”

In the current climate, when a lot of things seem to be virtual, maintaining communication is vital. James told us how he keeps in touch with all his athletes and ensures they stayed engaged.

“I am lucky, but it also makes things tough at times, but I do look after a lot of athletes. I use the Training Peaks app, as I can see people’s training when it pops up if their watch is linked to it. I can see their adaptation to training, their speeds and heart rates for efforts. However, that interaction is key.

Even those that live near to me, I only see them once or twice a week, so receiving feedback after sessions or runs is helpful. For a lot of athletes, it depends on their personality. If some are quiet that is not good, but for others, if they’re quiet it just means they are getting on with it. It is about touching base and having at least a couple of moments of contact in each week. It is important to keep tweaking and monitoring things.” “We are in a fortunate period at the moment where everyone is similarly progressing, whether they are an 800m/1500m runner, or half marathon and beyond.

There are certain key ingredients at the moment, such as shorter hills, longer hills, long reps, short reps and just tweaking it depending on the athletes training load, development, or competition calendar over the next couple of months.

It is less complicated now, but it gets more complicated after Christmas when training becomes a lot more bespoke for everyone as they are all racing. Some are racing indoors, some on the road, some cross country, others want to peak in March or are chasing Olympic qualifiers. I need to be careful with athletes depending on the feedback I receive and how they are coping with the changes.

It is about tweaking it so people don’t get over fatigued or leave good sessions in training. For example, Jake Smith, he had to peak on that exact day (World Half), and it was the only race in sight, so we had to plan for that day, and that is when it gets more specific and complicated.”

…and on that note we shall leave this half of our interview. Catch the second half this week where Thie discusses Smith’s progression, the impact of COVID-19 on young athletes and what 2021 will bring him personally.