On CloudBoom bounces into the market 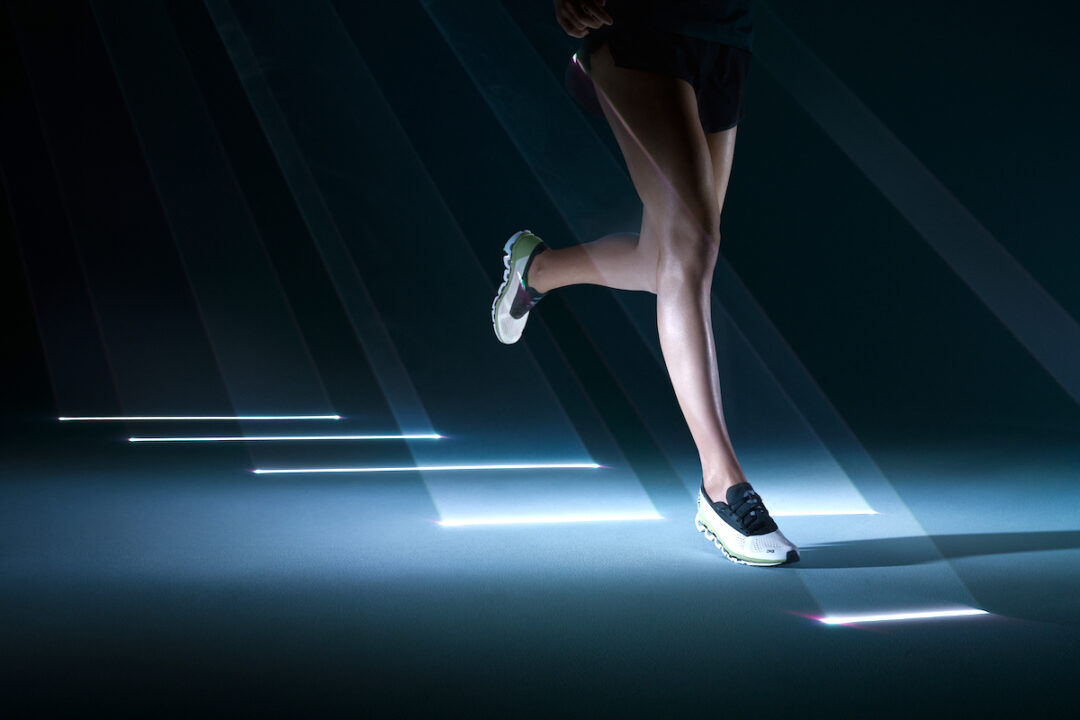 The On Cloudboom lands as the latest entrant into the carbon-technology corner of the running-shoe world. Gill Bland is on the case.

Developed with the help of Great Britain’s Chris Thompson and Canadian marathon record holder Rachel Cliff (2:26:56, Nagoya 2019), On say they are “everything you need for your fastest marathon”.

That’s quite a claim given how the carbon-ated market stacks (ha-ha) up at the moment. So, are these worth paying attention to and what’s different about them?

The first thing you’ll notice is the lower stack height and that you can see the components pretty clearly.

Instead of building the shoe up with lots of high energy-return foam and hiding the tech inside it, On have stuck to their USPs of CloudTec and a Speedboard. You can see side-on the distinct sections of the top midsole – for comfort, the speedboard – for propulsion, and the bottom midsole for impact absorption.

The shoes look more like a racing flat, though the 9mm drop means it is anything but flat and is aimed at being gentler on the calves and achilles over long distances. They’re aimed at those racing 10k+ so comfort is a key factor.

While the classic components of an On shoe have been retained they have certainly been tweaked. Traditionally the Speedboard is all about smoothing the ride and is more flexible. In this instance it is much stiffer and designed to propel you forward. Hopefully Gill ties up her laces before any more shoe testing.

The goldilocks approach to shoe making

However, unlike some other racers on the market, it is not a pure carbon fibre plate.

Maybe this approach is why the shoes aren’t quite as heavy on the wallet as the CloudBoom are more affordable than some of their ‘competitors’, but still retailing for a healthy £170.

On are keen to emphasise that it is a design to balance  performance and durability.  Edouard Coyon, Product Manager, explained that over two years they went through something of  a Goldilocks process with the board – too much carbon and it broke with impact, too little and it was ineffective, angled in the wrong place was uncomfortable.

Over 100 iterations later they arrived at the version on presented today.

Known for their little design features, On have again snuck some into the Cloudboom.

The tongue, apparently a source of much debate amongst the tech team, is much shorter than in normal shoes – a tiny weight saving device but one that shows how they are trying to maximise every aspect for high performance. The mesh, like other shoes on the market, is so minimal that you can see your feet through it.

On make much of the fact that they are a “more inclusive” shoe.

Looks-wise the Cloudboom are certainly much more muted than other battlers for the carbon throne. Standing on a startline in these you’re not shouting about your intentions to PB in quite the same way as you might be in other racers. Stealth seems to be much more the aim here.

Indeed, they are intended to have a longer shelf life and therefore be possible to train in, not just race in. On expect a pair to last at least 500miles, as the only factor in degradation of performance is repeated compression of the relatively rigid Clouds, rather than some soft foam.

We have been given a pair of Cloudboom to test and will be reporting back in full soon. It will be interesting to see if the lack of “come and have-a-go” brashness of other shoes affects how we feel about them and whether the different approach to carbon technology pays off. Comparisons (weights are based on men’s shoes)

And then there are the headphones..

Talking  of muted and sleek design, On have also partnered with Bang & Olufson to release the “Beoplay E8 Sport On Edition Wireless Headphones”.

They are pretty sweet looking (the On and B&O logo pair nicely) but are super limited and hard to get hold of so you’ll have to let us know what you think if you get a pair!

As part of the collaboration they have released an “immersive experience” that takes you through a motivational visualisation for a marathon. It is equal parts galling and exciting, given our current inability to actually race a marathon. You can listen here: https://www.on-running.com/en-gb/articles/thesoundofunstoppable

Now we just want a race to take part in.