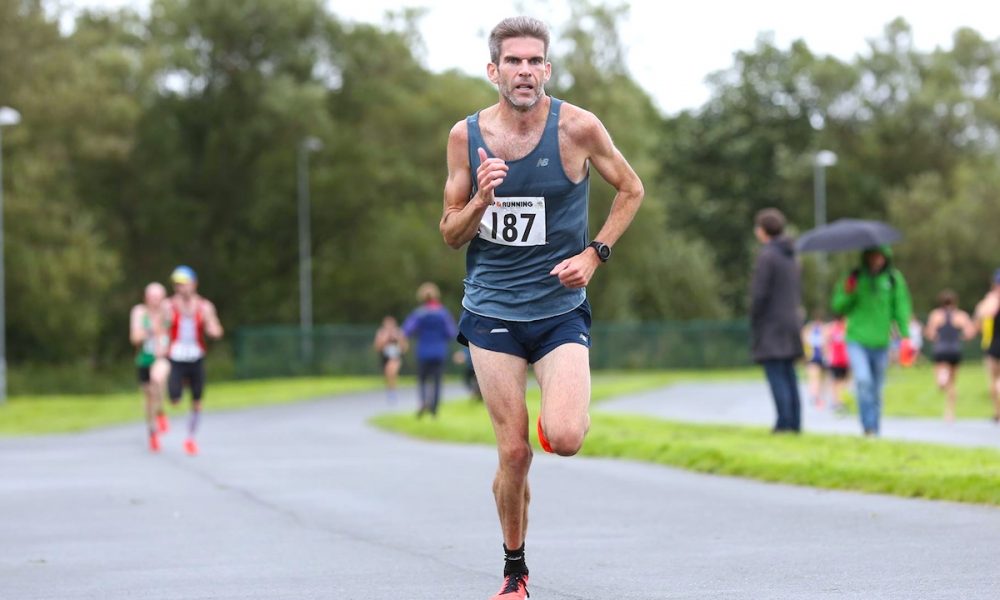 The duo take the honours on a windy bank holiday Monday in Barrowford.

Nick McCormack and Jessica Piasecki battled the unfavourable weather conditions to take the titles at the fourth Podium 5k race of the year on Monday (August 27).

Morpeth’s McCormack returned to Barrowford to win a close men’s A race in a season’s best 14:46. The 36 year-old’s winning time was 40 seconds quicker than his performance in the March edition of the popular no-frills 5k.

McCormack, who boasts a superb 13:45 personal best from 2014, crossed the finish line seven seconds ahead of Matthew Crehan, who finished second in a time of 14:53. The St Helens & Sutton runner held off Rob Samuel of Eryri Harriers, who completed the podium in 14:55.

Competing in her first race of 2018 and a first 5k outing since 2015, Stockport’s Piasecki was the deserving women’s winner with a fantastic sub 16-minute clocking of 15:55. The 28 year-old former British half marathon champion finished 35 seconds ahead of Irish Olympian steeplechaser Sara Treacy, who posted a personal best of 16:30.

In the B race Ashley Crawford took the men’s honours in a time of 17:16, while Hastings Runners’ Louise Nash finished fourth overall and first woman in 17:50.

Elsewhere a special mention goes to Fast 10: class of 2018’s Dave Norman who finished 11th in the men’s A race in a time of 15:26. More about the Altrincham athlete’s running journey this year can be found here.