Middle distance Brits on fire as Tokyo draws to a close 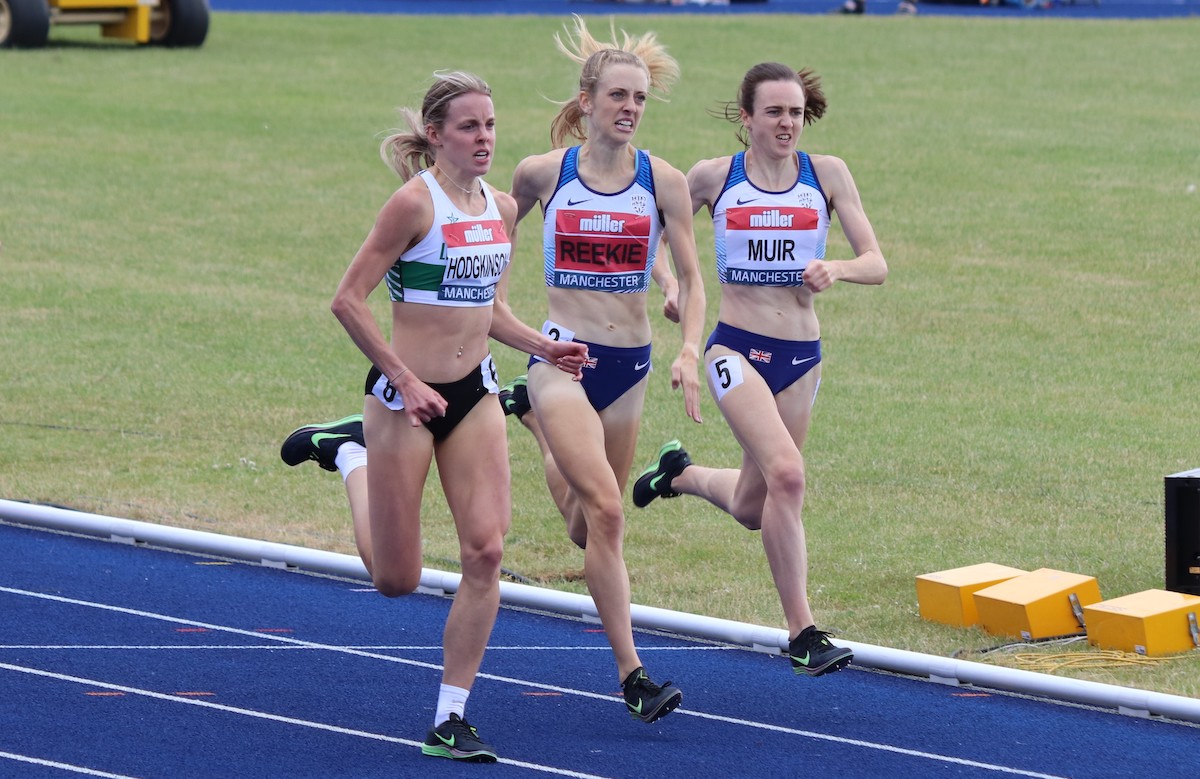 The end of Tokyo 2020 will bring James Rhodes much sadness but definitely increased sleep….his final Olympic roundup of an incredible games.

What a week. I am writing this about 30 minutes after the end of the Olympics Closing Ceremony from Tokyo. I’ve been engrossed by the sporting action of the past 16 days, which has included a host of World Records, National Records and Personal Bests across the athletics action. There’s also been plenty of domestic track and road action over the past seven days to bring you. Buckle up!

I could write you an essay about everything that has happened in Tokyo, but I shall save that for another day and instead do my best to bring you a concise summary of the biggest results. Despite some press articles putting a negative spin on the Team GB performance, I’d say it’s been an encouraging set of results.

That’s the same number as in London nine years ago, and one short of Rio. Thirteen athletes also set new lifetime bests, and five National Records were set (women’s 800m, 1500m, steeplechase and 4x100m relay, and the mixed 4x400m relay). Our athletes performed in the most difficult of circumstances, and that should be praised.

It was in the middle distance races that our individual athletes shone. A gutsy run from Laura Muir saw her take silver in the 1500m, behind Faith Kipyegon and ahead of Sifan Hassan. Her time of 3:54.50 also improved her own British Record. I don’t think anyone can deny the deservedness of Laura’s long-awaited success. Katie Snowden and Revee Walcott Nolan set PBs in their heats over the same distance.

There was also a record-breaking performances over two laps, with the final being the first time three British athletes were in an 800m final. They ran to their best, with all three – Keely Hodgkinson, Jeema Reekie and Alex Bell – setting new lifetime bests.

Keely’s proved her ability to perform on the biggest stage, finishing in second ahead of American Athing Mu, obliterating Kelly Holmes’ longstanding British Record in the process (1:55.88). That record was six and a half years older than Keely! Jemma finished an agonising fourth (1:56.90) and Alex seventh (1:57.66).

Josh Kerr, who told me for my Countdown to Tokyo piece that he would run sub-3:30 in order to stand on the Olympic podium, did exactly that. In a race won by Jakob Ingebrigsten in a new European and Olympic Record, the Scot ran the best race of his life to cross the line in 3:29.05, a shade behind Timothy Cheriyout for bronze. That’s the second fastest time in history by a Brit. Incredible.

Jake Heyward improved his PB in his semi-final (3:32.89) and finished ninth in the final, with Jake Wightman tenth.

Lizzie Bird was the first British woman to make an Olympic steeplechase final, a position that she took full advantage of to improve her British Record to 9:19.68 and finish ninth.

Chris Thompson was the only of the trio of men to reach the finish line, doing so with “a smile on his face” as he posted on Twitter. Callum Hawkins revealed to me he’d been struggling with niggles in our Countdown to Tokyo chat, which turned out to be a not insignificant ankle issue. Ben Connor also DNFed. Ugandan success came in the form of World Record holder Joshua Cheptegai, who won the 5000m after taking silver in the 10000m behind Selemon Barega. His compatriot Jacob Kiplimo took bronze in the 5000m.

Eliud Kipchoge became only the third athlete to retain his marathon title, ahead of Abdi Nageeye and his teammate Bashir Abdi, whom he lovingly encouraged over the last few metres to

In just the third marathons of their career, Peres Jepchirchir and Molly Seidel made it to the podium taking gold and bronze respectively, with World Record holder Brigid Kosgei rewarded with silver. Molly almost gave up the sport with depression and eating disorders, and her medal was one of my favourite of the Games. Outside of the distances we usually cover in these round ups, there were incredible World Records in the 400m hurdles for Karsten Warholm (45.94) and Sydney McLaughlin (51.46), whilst Yulimar Rojas finally broke the WR in the final jump of the triple jump.

It really was a superb eight days of athletics, and has certainly whet the appetite for the trio of major events next summer (World Championships, European Championships and Commonwealth Games).

Robbie Simpson produced a stunning performance to finish second at the Sierre Zinal Mountain Race that included a who’s who of mountain running. Simpson finished in 2:32:26, just 42 seconds behind mountain running legend Kilian Jornet who claimed his 9th victory. The women’s race saw Maude Mathys of Switzerland take victory in 2:46:03. Whilst the end of the track season is drawing closer, there remains no shortage of events taking place.

Saturday saw the Hercules Wimbledon 5K Festival Night, with a series of ten races over 12.5 laps. Paced by Jack Rowe, Jonathan Escalante Phillips recorded the fastest time of the evening, going under 14 minutes for the first time with 13:57.76. He was followed by Lucian Allison (14:07.72) and Ricky Harvie (14:18.51).

Louise Small continued her return to competitive action after a long time absent through injury to clock a seasons best 16:28.77 as the fastest woman ahead of Alex Eykelbosch (16:29.97) and Niamh Brown (16:34.97) were in a high-quality field. As ever, there are a multitude of RunThrough events to bring you. I’ll cover most in a few paragraphs down, but today I am starting at Wednesday’s RunThrough Battersea Park 10km, where Emile Cairess recorded an incredible 28:14. That is a time that puts him 27th on the British all-time list and is the fastest by a British athlete in 2021 by over 90 seconds.

Mellor leads the way in Preston

Jonny Mellor produced a fine display at Preston 5 to clock 23:45 to finish well clear of a strong field with 2:17 marathon man Ben Johnson second in 25:23 and Rob Danson third in 25:28.

Tuesday’s EMGP Milton Keynes 10K provided Jordan Clay (30:43) and Laura Bromilow (36:27) with victories, whilst a day later it was Johnny Hay (30:26) took the win at the Yateley 10k, almost three minutes ahead of the next finishers.