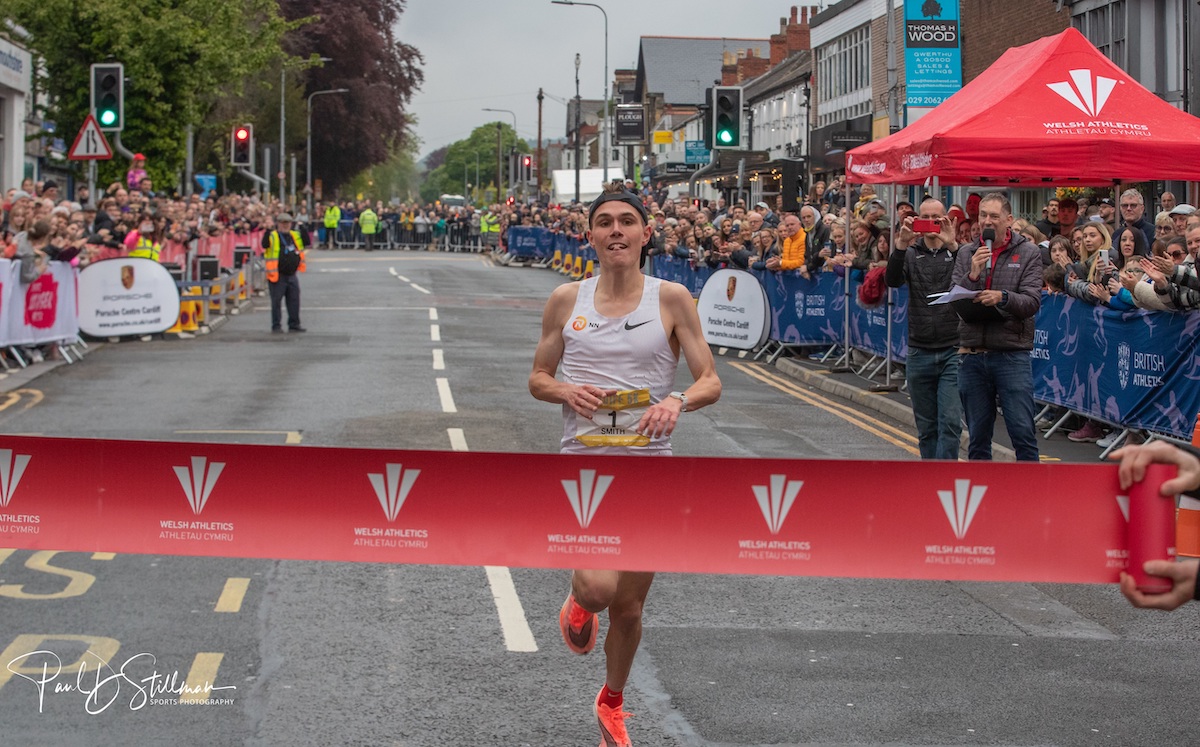 The event organised as a partnership between Podium 5km and Welsh Athletics will host a competition between England, Scotland, Wales, Birmingham University, Sunday Plodcast, Sportsshoes and Puresport, using a multi-lap course around Copers Field in the Welsh Capital and starting with the supporting races at 5pm.

Clash of the titans in the women’s race

Megan Keith (17:00) hasn’t run a 5km race on the road since 2020 but the Inverness Athlete has great pedigree at Cross Country and stormed to victory at the U20 race at the Spar European Cross Country Championships in Dublin last December. She is also the Scottish Champion on the Country.

European Indoor 1500m Silver medallist Holly Archer (15:50) is the standout entry in the Sportsshoes team. Joined by Eleanor Bolton (15:55) who set her P.B. with victory at the Podium 5k in Leicester. Smith seeks to preserve his record

Jake Smith’s (13:59) interest was sparked when he heard that race organisers Sportsshoes had offered a prize to the man that stole his Welsh all-comers record of 13:59. He will be joined in the Sunday Podcast team by Scott Halsted (14:13).