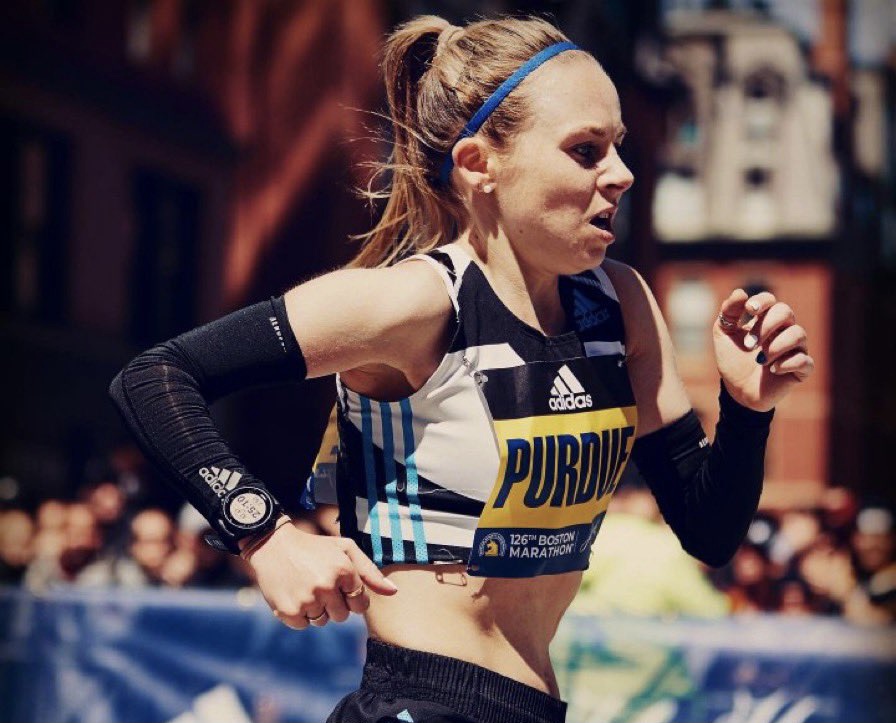 It may be nearly a week ago now, but we really have to open this week’s round up with the results from the 126th running of the Boston Marathon. For once, conditions were near perfect and with an insanely stacked field (thanks to London shifting to the autumn) this was always going to be an exciting race to watch. It did not disappoint.

In a thrilling finish, Peres Jepchirchi and Ababel Yeshaneh were still swapping the lead to and fro with about 100m to go. Jepchirchir eventually won out in a sprint finish you have to watch this you have to watch this. I’ve often complained that top flight GB marathoners don’t go out to Boston, so was delighted to see Charlotte Purdue on the start list this year.

The fire in her performances since the disappointment of missing out on Olympic selection has been fascinating to watch and this race just backed up how much she has harnessed that situation to enhance her running. Finishing as the first non-African (I hate that lazy term but it’s a way of showing the calibre of runner ahead of her) and 9th place in a time of 2:25:26.

This is yet another result which solidifies her standing as one of the most experienced and consistently excellent GB marathoners of all time. Ali Lavender was second GB lady after having a rough race and toughing it out to finish in 2:43:17. Lauren Cooper ran 2:48:13 to be third in our domestic rankings. The elite men’s race was impressive, if not as enthralling, with Evans Jebet dropping the hammer at 22 miles out and winning in 2:06:51. The top GB gents were Stephen Jackson (2:28:17) Ben Cole (2:28:22) and Daniel Alexander (2:28:39)

Back to more recent days now. While the ASICS META:TIME:TRIALS in Malaga was indeed a giant PR stunt, it certainly produced results. All runners had to wear the latest Asics carbon plate shoe and were able to compete over whatever distance they liked – 5km, 10km or half-marathon.

Over 5k Eilish McColgan showed that her recovery form Covid is going just great, as she ran a British and European record of 14:44 (or one second either way – to be ratified) to win the 5k.

The few secs that separated @EilishMccolgan from Mohamed Katir at the finish line of the ASICS META Trials 5K in Malaga: pic.twitter.com/QKJqPSaKsY

In the early hours of Saturday morning, the Oregon Relays produced some results worth waking up for. Tom Anderson kicked off his track season in fantastic fashion, setting a new 5000m PB of 13:28.07 to earn himself second place. Rory Leaonard clocked 13:52.78 for 17th place. Zak Seddon’s 8:26.45 performance in the 3000m steeplechase puts him inside the European Championship qualifying zone, while Jonathan Hopkins finished in 8:31.80 and Kate Seary in 10:01.28.

Victoria Kenny ran a brilliant race today, winning the Vienna City Half Marathon 76:16 and really put herself on the “to watch” list in the process. Harry Wakefield placed fourth in 69:37. The Marathon was won by Kenyan Cosmas Muteti in 2:06:53 with fastest Brit being Julian Lings in 2:35:45. Kenya held the top women’s spot too thanks to Vibian Chepkirui running 2:20:59 and fastest Brit was Karima Harris in 3:03:37. A full report can be seen hereA full report can be seen here.

Huge well done to Victoria Kenny taking over 4 and a half mins off her half marathon PB to run 76:16 and win Vienna Half Marathon!

At the Hamburg Marathon Yalemzerf Yehualaw obliterated the course record, winning in 2:17:23 which is the fastest marathon debut ever (previous being Paula Radcliffe’s 2:18) and puts her at 6th on the world all-time list. Cybrian Kotut also set a new record (beating Kipchoge’s previous), winning in 2:04:47. Alex Lawrence was first British man in 2:17:41 and Annaka Charters first British women in 3:11:43.

While the windy conditions precluded any PBs for the gents, it didn’t stop Chelsea Baker who took a whopping ten minutes off her previous best to take the women’s win in 2:46:53. Next home was Sarah Hunter in 02:50:57 and then Natalie Seymour in 02:54:32.

In the half marathon race the Northern Irish contingent sandwiched the podium, as Fionnuala Ross of Armagh AC was first in 74:15 (3s off her PB) and City of Derry’s Catherine Whoriskey third in a big PB of 76:07. Separating them and taking the runner up position was Stockport’s Mollie Williams, aslo in a chunky PB of 74:25. For the men, it was Jake O’Regan who raced home first in 74:58 with Andrew Miles just under four minutes later in 78:56. Michael Young took the final podium place in 79:38.

Instead of running rogue in Wrexham this weekend Jake Smith was racing the Bristol Track Club 5km where he ran home to the win in 14:23, beating Johnny Livingstone (14:33) and Jonathan Cornish (14:36). Sidenote – checkout the lovely lo-fi branding on Jake’s shoes! Jess Gibson took the women’s win in 16:05 with Philly Bowden following up on her performance at the Comeback 5k last week to run 16:10 for second place this time. Daisy Davies was third in 16:36.

In his first road 5k since 2018, Jake Smith wins the Bristol Track Club 5k in an unofficial time of 14:21@JakeSmith_run @BristTrackClub pic.twitter.com/25wlJSY1Yh

We are awaiting results of the The BUCS 10000m Championships

Ultra Madness on Track and Trail

The Centurion Track 100 may seem another world from the rest of the races featured weekend but when you think that winner Aleksandr Sorokin ran 100km in just over 6 hours to set a new world record, running 5.53 min/mile pace – well it’s faster than the pace on many shorter races! Bonkers.

Two women completed the 100 miles. Course record holder Samantha Amend absolutely smashed it in 14:10:41, setting four records in the process – a new PB and course record by 24 minutes as well as 50 mile V50 and British 12hr and European 12hr records. Eloise Eccles has been putting the work in by running epic track workouts in preparation for this and she was rewarded with second place in 15:36:31. Third longest distance was run by Camille Herron who covered 70.8 miles in 9:00:20.

Winner of the 100 mile race was Alexander Whearity who completed his mission in 12:42:04 ahead of Michael Stocks who covered the distance in 13:41:19.

Meanwhile, for ultrarunners who prefer more trail that track, the Highland Fling 53, which included the National Ultra Trail Championship, saw Rowan Boswood conquer the terrain first in 7:15:52, holding off Josh Bakker-Dyos who finished in 7:28:48 and Robbie Dunlop in 7:42:58.

Jo Meek was 9th overall and won the women’s division in 8:24:32. Triathlon legend Chrissie Weellington was understandably delighted with her runner up performance of 8:40:10 and Jacqueline MacIntyre rounded out a W40 podium in 8:47:33.

Also out on the trails this weekend, Elsey Whyman-Davies was first at the Burnsall trail 10k.

Track Meets around the UK

Jumping on the easter 10k bandwagon was the rural sounding Massey Ferguson Easter Tractor 10K in Stoneleigh where Callum Hanlon broke the tape in 31:58 and Kelly Edwards’ 37:04 would have overtaken a few of the big wheeled guys too. Stanwick 10k was the place for a winning PB of 32:25 for Mark Hill and Alice Belcher with 36:20. Finally, the Yeovil Easter Bunny 10k had Michael Parrot and Vicki Ingham as its victors in times of 33:00 and 36:27 respectively.

While Boston USA was hosting some epic performances, Boston UK also had their marathon. While not quite ready to catch Evans Chebet, there William Strangeway’s 2:25:11 winning time is pretty impressive given that he ran a 2:18 earlier in the month at Manchester Marathon. Second place went to Paul Molyneux in 02:25:17 and third and a PB to Allen El-sour with 2:33:00.

With the Easter weekend over, there were still plenty of mid-week races. The Great Yarmouth Promenade 5 Mile series continued on Wednesday evening with James Redd winning in 25:34 and Juliette Watkinson in 30:38. The Nottingham 5k Winter Series had a clear winner in Philip Nind who ran 16:57 to win over a minute’s lead. Georgia Hid was third over all in 20:32.