Looking for Iglói in the 21st Century 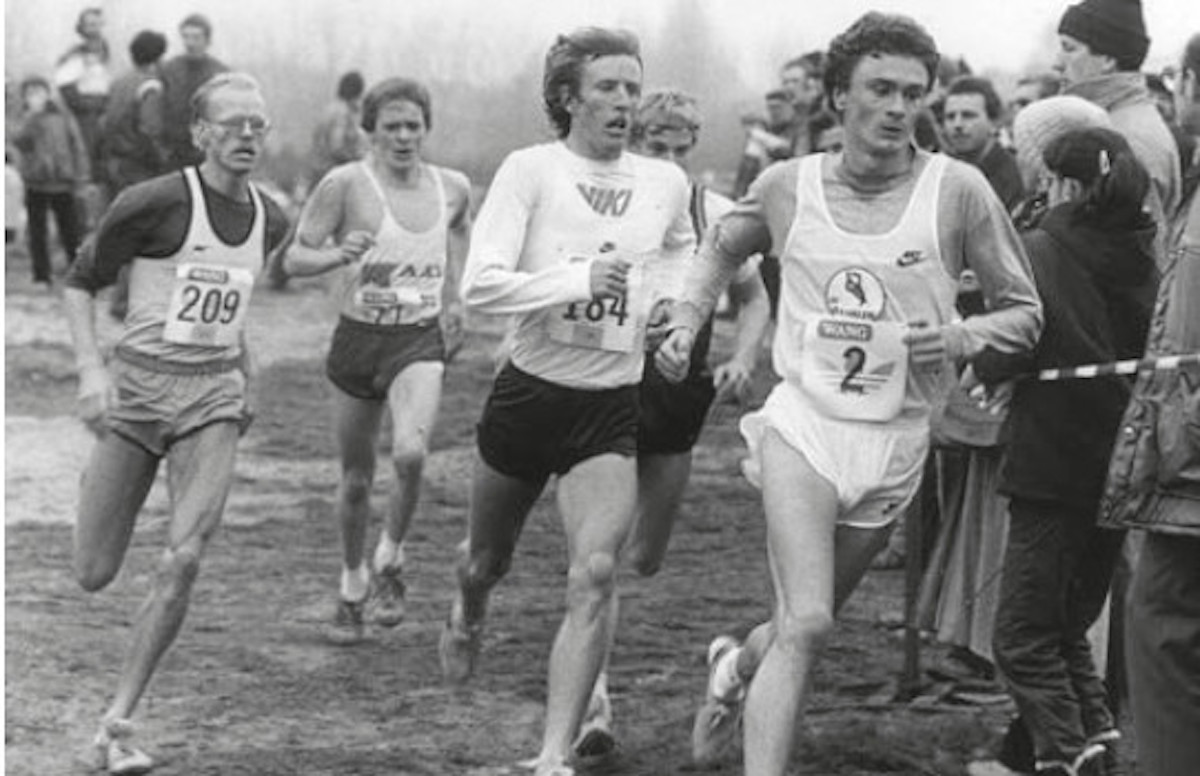 In the final piece of a three-part series, the astonishing career of Hungarian Mihály Iglói is unpicked by Matt Long, Geoff James & Zakarias Karasz. Catch up on the first article here and second here

More than two decades after his passing, Zakarias Karasz is back in his native Hungary, looking for Mihály Iglói. He’s on a quest to find the ghost of a man whose memory threatens to be forgotten- buried in the rubble of the Berlin Wall after the collapse of Communism in 1989.

Now resident in Birmingham, the man who has made world masters championship finals over both 800m and 1500m is saddened that, “The majority of the acknowledgements of Iharos, Tabori, Rozsavolgyi took place after the communist system collapsed in Hungary”.

He suspects it’s deeply political in reminding me that, “Around half of the 110 Hungarian athletes sought asylum in the West after the Melbourne Olympics in 1956. Unfortunately the Hungarian revolution and the Russian intervention destroyed the careers of lots of athletes, not to mention the human cost in terms of lives lost”.

On that sobering thought, we feel that the Hungarian struggle and Iglói’s triumphs in the context of such adversity, should not be forgotten in vain.

Swimming against the tide

Almost all of the all time great coaches such as Arthur Lydiard and Percy Cerutty have suffered adversity and at times censorious ridicule. The late great Muhammad Ali once said, “Some people can see further than others”- Iglói certainly could and his personal struggles cannot be separated from the political and cultural contexts in which his coaching was located.

In his classic Sport and Work (1981), the German sociologist Bero Rigauer, argued that sports and athletes themselves are inextricably tied to the mode of production in which they are located.

Mellis (2019) makes reference to Iglói’s relocation Stateside after the Hungarian Revolution of 1956 as being characterised by, “constant bouts of financial and institutional instability”.

A political refugee who had to navigate the language barrier and frequent homelessness, its not hard to understand why Iglói did not plan too far ahead in terms of formal training schedules. He had a coaching philosophy but finding himself marginalised in society, he learned how to improvise and adjust sessions at short notice.

In Masterful Coaching (2008), Robert Hargrove makes the invaluable distinction between ‘push’ coaching on the one hand and ‘pull’ coaching on the other. The former is a style based on a ‘telling’ mode of instruction for said athlete, whereas the latter is more akin to empowering the athlete, with coach acting more as counsellor.

The caricature of Iglói as being both ‘secretive’ and ‘autocratic’ serves the stereotype of the ‘cold’, ‘detached, ‘emotionless’ Eastern European ‘threat’- in the sociological sense it serves to both ‘other’ Iglói and the ‘Red Menace’ of State Socialism.

It’s easy to understand why the New York Times 1998 obituary of the man pays him the back handed compliment of being ‘A tyrant of a track coach’. There is however perhaps more than a grain of truth in this. 2 mile world record holder and the first man to go ‘Sub 4’ over the mile indoors, Jim Beatty, would recall his mentor adopting the attitude of an authoritarian school head master whose mantra was, “Do what I say or you will leave the classroom!”.

This being said there is evidence that Iglói never set two athletes the same session even within large training groups, suggesting he must have had some understanding of what would be termed ‘athlete-centredness’ in contemporary coaching discourses.

In his excellent Easy Interval Method (2019), Klaas Lok, cites Iglói along with Hermen Verheul and Woldemar Gerschler as being the coaching giants whose shoulders his method has stood on. As with Iglói’s philosophy, the method advocated by the 1980 European indoor 3000m silver medallist is underpinned by two key convictions;

(1) The replacement of most steady state runs with a mode of interval training and (2) the engendering of the ability to run at a higher speed without acidification in the muscles.

Iglói and Lok would have agreed that too much steady state running risks a decline in running economy due to a decrease in muscle reactivity. This emphasis on the maintenance of reactivity whilst simultaneously building an aerobic base puts the approach of Iglói and more recently Lok at odds with the pyramid model of sequential development advocated by Arthur Lydiard.

Editors note: Klaas’ book is excellent, accessible and offers practical ways to incorporate many of the principles developed by Iglói – we heartily recommend getting a copy!

The notion of ‘the lactate shuttle’ was developed by Dr G.A. Brooks in the mid 1980s to describe the dynamic action of lactate as a metabolite moving about within muscles and the systemic circulation to provide metabolic energy.

Iglói’s intuitive practice of varying the length, intensity and recoveries of interval training is compatible with the notion of ‘Lactate Dynamics Training’- introduced by Oregon based coach Peter Thompson in the mid 1990s to articulate training for the dynamic utilisation and clearance of lactate so that lactate is optimally utilised around the body.

It refers to any mode of training where lactate production is deliberately increased by the intensity of exercise and then alternated with periods of less intense activity thus facilitating muscle cells to both use and clear the lactate generated during the less intense recoveries.

Whilst a 1936 Olympian over 1500m, Iglói’s attention to what would nowadays be termed fundamental movement patterns undoubtedly came in part from his experiences of attempting some degree of competency in his first athletic event- namely the pole vault.

As an event group endurance coach, not only was Iglói a student of stride length and cadence- indeed he spoke about leg turnover in relation to what he termed ‘short swing’ and ‘long swing’ cycles but he was ahead of his time in noticing changes in the arm action of his runners and being indicators of the onset of fatigue.

If you effect walking drills going backwards, for instance, spare a thought that it was the great Hungarian who was one of the first to experiment with this.

Our journey which has traversed the East-West divide between Hungary and the United States brings us back to Birmingham. We enjoy a chat over a socially distanced coffee as Zakarias Karasz shows us a picture of the plaque erected in 2005 at the Budapest Honved track club in honour of Iharos.

The man who won a British masters title over 800m in 2014 shows us a stamp issued with the image of Iharos printed onto it released by the Hungarian post office is the same year as the plaque was dedicated. We then thumb through images of the running track at the Olympic Training Centre in Tata, whose name was dedicated to Rozsavolgyi back in 2009.

Attention then turns to images of the track at the University of Miskolc, fittingly named after Tabori in 2015. We laugh, we smile and most importantly we rest knowing that the great Mihaly Igloi may be gone but he will not be forgotten. His struggles were many but the journey was not in vain.

Matt Long, Geoff James and Zakarias Karasz work together at Birchfield Harriers AC. Matt is a former winner of the British Milers’ Club Horwill Award for outstanding coach education research and Geoff is the 2020 winner of the club’s Lifetime Services to coaching Award. Zakarias was born in Zakarias was born in Nagykanizsa in the west of Hungary and took the gold medal at the European Masters Games in Nice back in 2015.