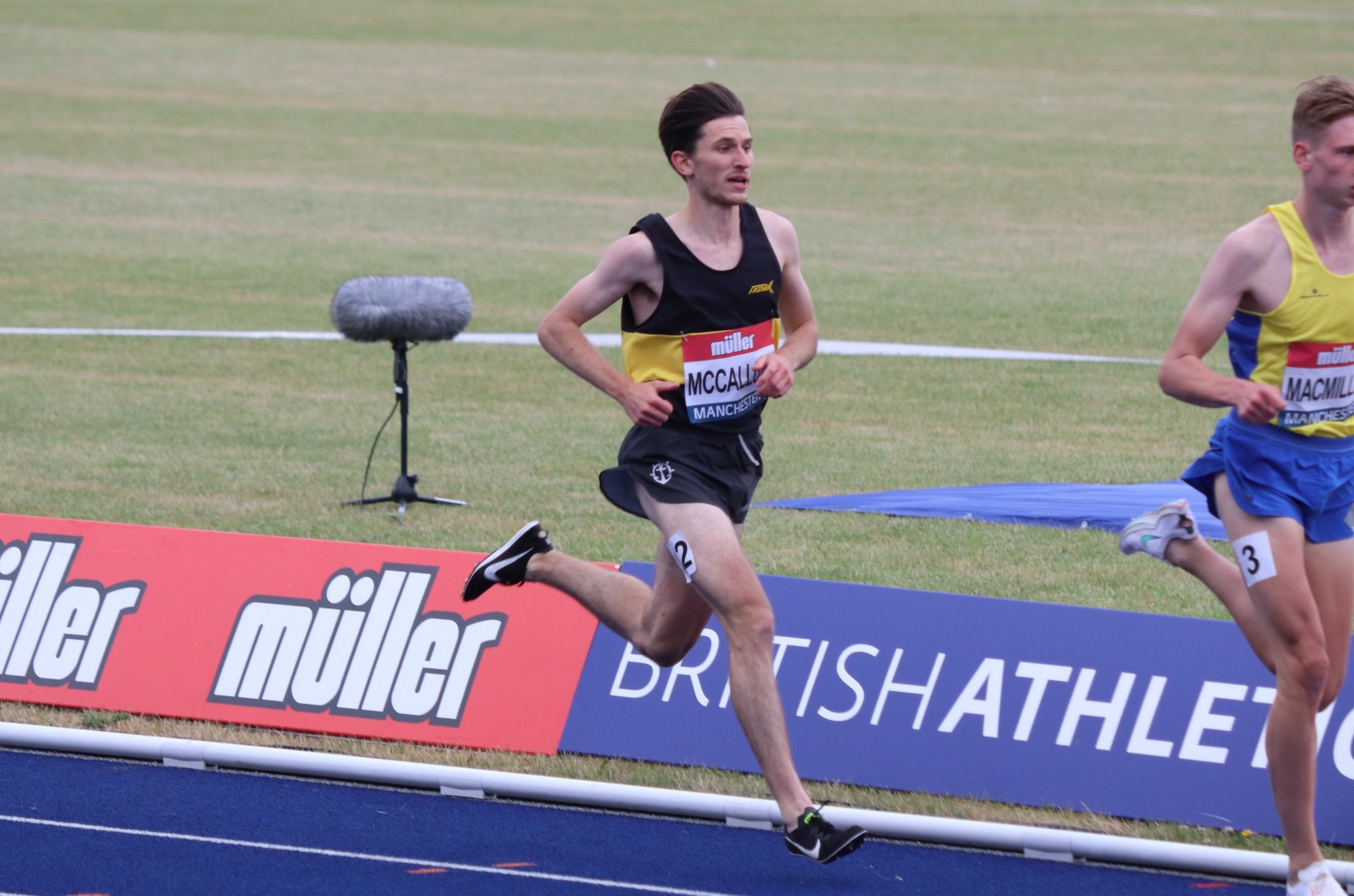 Winchester’s Stuart McCallum finished a creditable 27th when representing GB in last December’s European cross country championships in Dublin but he’s clearly an athlete who is averse to looking backwards and the New Year sees him looking forward.

This being said I begin by asking him you he rated his individual performance over in the Irish capital. He reflects that, “It was an incredibly proud moment for myself but also my family friends and girlfriend. It’s been a really bumpy road to get here at times and I still find it hard to believe. Representing GB was something I thought possible as an U23 but most recently I didn’t even consider it a possibility to be honest. When I just missed out as an U23 in 2015 with about a km to go, my coach Bud Baldaro shouted that I ‘could make the dream’ – I didn’t think it would take 6 years but here we are!”

Was he confident he could book his place at the Liverpool trials in November? He continues that, “At the start of the cross season my aim was just to compete at a Hampshire league – I hadn’t run a XC race since NCAA cross country championships in 2018 due to a combo of Injuries, Work and COVID-19 and I love cross so that was the aim. After the Hampshire League where I hung on to Jack Rowe for a bit, I figured I was in quite good shape so thought a top 30 place at Liverpool would be a good run with top 15 being an A day.

At Liverpool I found myself up front early on and was able to move through the field – it was a good day. I remember I finished in 6th and just sat on the floor at the end crying. To other people it probably looked like it was disappointment at having missed out on the automatic qualification spot but it was just a combo of happiness and relief. This sport requires a lot of you and can be pretty heart-breaking at times so to be at the front and competing with the other guys was an ecstatic moment”.

So what did he make of the course in Dublin? It was tougher than we thought with the 6 lap course and having to climb that hill multiple times it turned into a bit of a slog but the atmosphere was amazing and we had a really solid group packing with Jake, Jamie, Will and myself. I would have liked to have been top 25 I think going into it but looking at the guys around me afterwards it was a strong run and we moved through well.

It gives me a lot of confidence and experience for the future and I think the performance was consistent with where I’ve been this season. It was also great to be able to share that moment with my Family, friends and girlfriend who were out in Dublin as well. Overall, I just loved every second! Even the bits that hurt”.

As a graduate of Birmingham University, the influence of the aforementioned Bud Baldaro has been monumental over the years. Stuart explains that, “I’ve actually been more or less self-coached at the moment but relying heavily on my past experiences and build ups from both Bud in Birmingham and Rob Conner in Portland. I still have a great relationship with Bud and know he’s there if I have any questions or am uncertain – he’s helping me out a lot balancing indoors going into January.

Everything has been done more or less at 80-85% rarely going too hard with 2 sessions a week and a very solid long run on Sunday. Mostly just trying to fit in as much as possible around work. I’ve recently moved from East to South West London and the options for running are great with Richmond Park and Wimbledon common on the doorstep. Although I do a fair amount by myself it’s been reinvigorating to be able to jump in with the Hercules Wimbledon boys on a Tuesday night”.

So what plans has the 14m25s 5000m man got for the rest of the winter season in terms of races? I have the Home International in Belfast planned for the end of January where I plan to debut for Scotland which will probably be my last xc race. So that’s exciting! I also want to have a crack at the 3k indoors with plans to race British champs if I can find some indoor races beforehand”.

Stuart had a spell over at the University of Portland back in 2018 and I’m keen to establish whether he’s recommend this to some of our readership contemplating similar opportunities. With a smile he relays that, “I loved being out in Portland – it’s a great place to be a runner and also a very fun city and area of the U.S. Although I spent a fair chunk injured (not due to the program) it gave me an opportunity to see how hard those guys work.

At Portland they have about 40 distance/cross country guys a majority of whom are running close to 100 miles a week in the winter so it was very eye opening. The coaches over there Rob and Jack were very good with adapting the training based on the person as well. I was lucky to be out there and see the team get 2nd at NCAA’s in 2017 and I was able to be a scoring member in 2018 when we came 3rd. The culture we had out there at the time was very special and most of the guys on that team have gone on to achieve at an elite level with Nick Hauger and Manu Levisse recently running sub 2.13 marathons and Michael Somers was actually 5th in Dublin running for Belgium so that was a bonus getting to see him at the end!

Going out to the States is an unbelievable opportunity to give yourself another couple of years development coming out of the UK. If you look at the GB team in Dublin 4 of the 6 came out of the NCAA system and it’s hardly a coincidence. There just isn’t the chance to experience that level of depth and competition in Europe on a regular basis as a developing young athlete. Euro Cross is a very similar race to NCAA cross especially in terms of the pressure and that top 30-40 where every place is fought for. We have some great set ups in the UK such as what is being developed in Birmingham but it is probably the competition piece that is harder to come by”.

As our conversation draws to a close, I’m keen to get a handle on what his summer plans may look like. The 3m43s 1500m man says with conviction that, “Outdoors I plan to run the 5000m and see where that takes me. Historically I’ve run well over cross country and been injured over previous track seasons but managed to salvage solid 1500m times and performances so I think it makes sense to meet in the middle. My main aim is to stay healthy as I think that has been the key to the past year is just consistency – nothing crazy but just not missing any long periods with injury”.

Matt Long has served as both an England Team Manager and Coach and welcomes contact for support at mattlongcoach@gmail.com