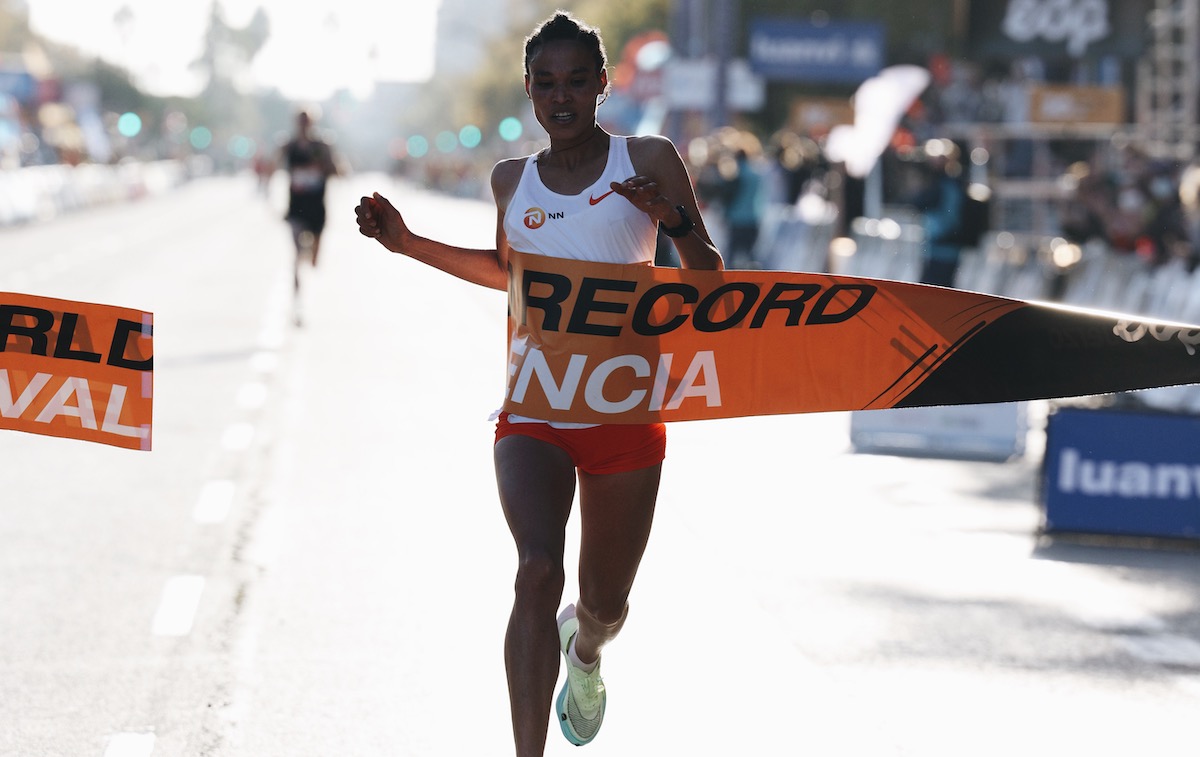 Letesenbet Gidey produced a jaw-dropping debut for the NN Running Team by obliterating the world half marathon record, posting a dazzling 1:02:52 on the streets of Valencia.

The Ethiopian, who holds the world 5000m and 10,000m on track, added the half-marathon record with an exhilarating display of distance running to wipe 1:11 from the previous world record. On a sunny day in “The City of Running” Letesenbet hit the 10km split in an eye-popping 29:45 some 35 seconds on the world record pace of Ruth Chepng’etich.

By the 15km mark – which she hit in 44:29 – she was a remarkable 1:01 ahead of world record schedule. The 23-year-old maintained her astonishing pace to re-write the record books.

Letesenbet: “I’m so happy to break the world record in my first half marathon and my first race for the NN Running Team! Gracias Valencia.”

Valencia has become the go to location for world records on the roads in recent years but Gidey’s record is a standout moment even amongst the many remarkable times posted in recent years.