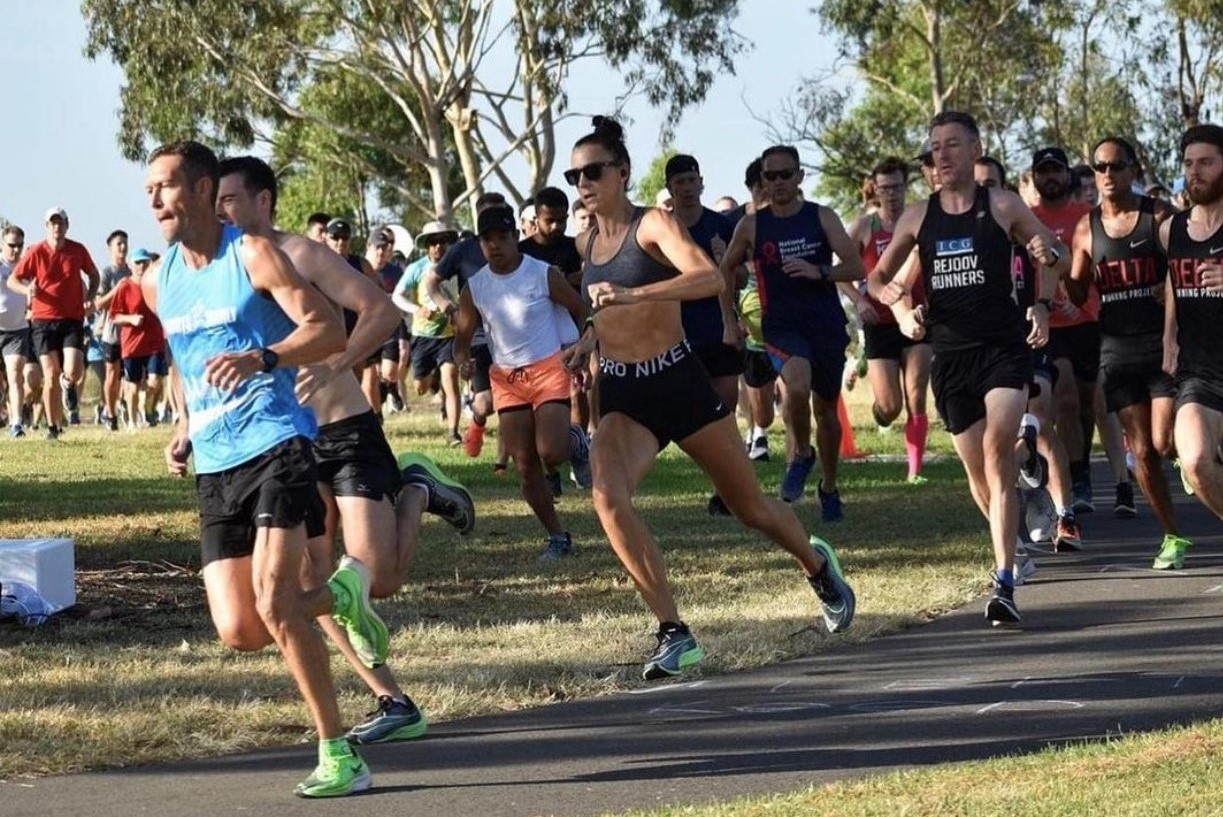 The parkrun world record has a special place in the hearts of thousands of runners. Sure it doesn’t have the status of a 1500m, 5000m or marathon best, but it somehow feels more touchable and real for runners of all abilities.

It seems anyone who runs, at no matter what level, knows about Parkrun. Unfortunately, due to the current circumstances, it has now been almost a year since we were last able to partake in Parkrun in this country, but fortunately for those across the globe in Australia, it is on its way back.

At the Parramatta Parkrun in Greater Western Sydney in Australia, a course which is not completely flat, Reid knocked four seconds off Charlotte Arter’s record of 15:49, clocking 15:45 for the 5km distance.

Former record holder Arter, said, “Records are there to be broken and I’d like to congratulate Lauren for her great run and for breaking the record. It’s great to see Parkruns have returned in some parts of the world and hopefully they will return to the UK at some point this year.

I’m sure all Parkrunners are eagerly awaiting the day this happens! No doubt I will be back at Parkrun whenever I can and will have a good go at trying to reclaim the record!”

It is great to see records being broken after a very turbulent training year for some. Fast Running spoke to world-record holder Lauren Reid, who is coached by Nick Bromley, and delved into what it takes to be the fastest woman at Parkrun. We asked Reid what the course was like and how she handled the Australian summer weather. From race pictures it appeared as though they course was off-road, however Reid confirmed, “The very start and end, not even 50m” of the event were on the grass. “It was however very hot; I think it was around 30°c & pretty humid.”

This may seem a stark contrast to Scottish weather, but for Reid, who has now lived in Australia for 15-years, it has become a norm.

Reid continues, “I knew that the course was slightly downhill at the start then obviously slightly uphill at the end, so I thought that I would go out a little quicker and bank some time for the uphill finish.

I did have a pacer, his name is Harry Summers and he’s an absolute superstar, an athlete with fine credentials himself. He turned up on short notice to help me and asked me on the start line what our plan! So yeah, that was a bit last minute!

I told him that I wanted to go out harder that 1st km. We actually ended up running 2:50 flat for that first k – a bit faster than I’d anticipated. I looked at my watch and thought “oh s***, I could be in a lot of trouble here” and then didn’t look at my watch again. Thankfully it all paid off and we got the time with a few seconds to spare so that was great.”

Pre-race routines vary from athlete to athlete. We all have our own ways of preparing for races that suit our own bodies, and Reid is no different. She said that

“In terms of pre-race nutrition and my warmup I actually got there a little bit late because I was trying to find a toilet and I didn’t know there was one really close by so I’d driven off somewhere else to find one so I only managed a couple of k’s warmup. Not ideal!

Nutrition wise, because it was a slightly later start (8 o’clock) I opted for a little bit of breakfast. I don’t normally eat before race if it’s early morning as my tummy can play up sometimes. I had a few spoons of plain rolled oats with a spoon of honey and some Chia seeds that I’d made the night before.

I had a few mouthfuls of that 6:30 with a strong coffee and of course as always, before any race – I had one of my Revvies energy strips.”

Running 15:45 over a slightly undulating course is no mean feat. We asked Lauren if this has been in her sights for a while and found out that sometimes the thing runners neglect the most, rest, can be the most beneficial.

“I had a time trial run in March last year and ran 15:49. A couple of the guys in my running group mentioned that was the PR record and that I should try to break it. Then of course park runs weren’t on and you know, coronavirus was happening & life was very different.

It was only recently that parkrun started back in Australia which is so great! I was planning to have a farewell run & coffee with a bunch of my running friends before the move & that turned into a farewell Parkrun followed by coffee and then the idea was put out that I have a shot at the world record!

We decided to give it a shot about two weeks out from doing it. I had an awful week leading up to it & was actually off work unwell following a root canal treatment gone wrong. Turns out some enforced rest worked out well for me!”

This year has been testing at times for everyone, and the Parkrun record holder is no exception. She says how it was her friends and making herself accountable that kept her going and allowed her to be fit and fast when the time came.

“In terms of being stuck in lockdown and not being able to train the way that we normally would, I definitely did struggle with it. I actually managed to convince my husband we should buy a treadmill right at the start of the lockdown here in Australia in fear of not being able to leave the house to run! but as it turned out, we were always able to go out for a run although for a while they were largely solo runs.

I used little things to keep me motivated like getting my friends involved and sending pictures to each other of getting out there and getting it done. The virtual events were really helpful at keeping some sense of excitement and accountability.

I think it’s important though, to recognise that being in lockdown, losing a sense of certainty & not being able to do the things that we normally do, is a really daunting & difficult thing. It’s so normal & okay to struggle with that & to have periods where motivation is low.

I tried to find small things to keep me motivated and viewed that period of time as an opportunity to be really consistent with the things I could do, to work at all the small things. & to remember my reasons for running. I even did a little bit of Pilates for the first time, a bit more stretching and things that are more easily home-based.”

Now the Parkrun world record has been secured, what is Reid focusing on next?

“So my next goal is to get to the Australian national championships which double up as our Olympic trials. They are in April so I’ll be working towards racing at those trials either in the 800 or the 1500.”

It is great to see a record broken, and like Arter says, that’s what they are there for, but could one of GB’s greats take the record again when Parkrun restarts in this country?

Editors note – Hannah will be stepping back from her more regular work with Fast Running to focus on her training and her studies in 2021. We want to extend a huge tank you to her for all her brilliant work over the last couple of years. We look forward to hoisting more of her articles in future, but even more importantly shouting about her results!