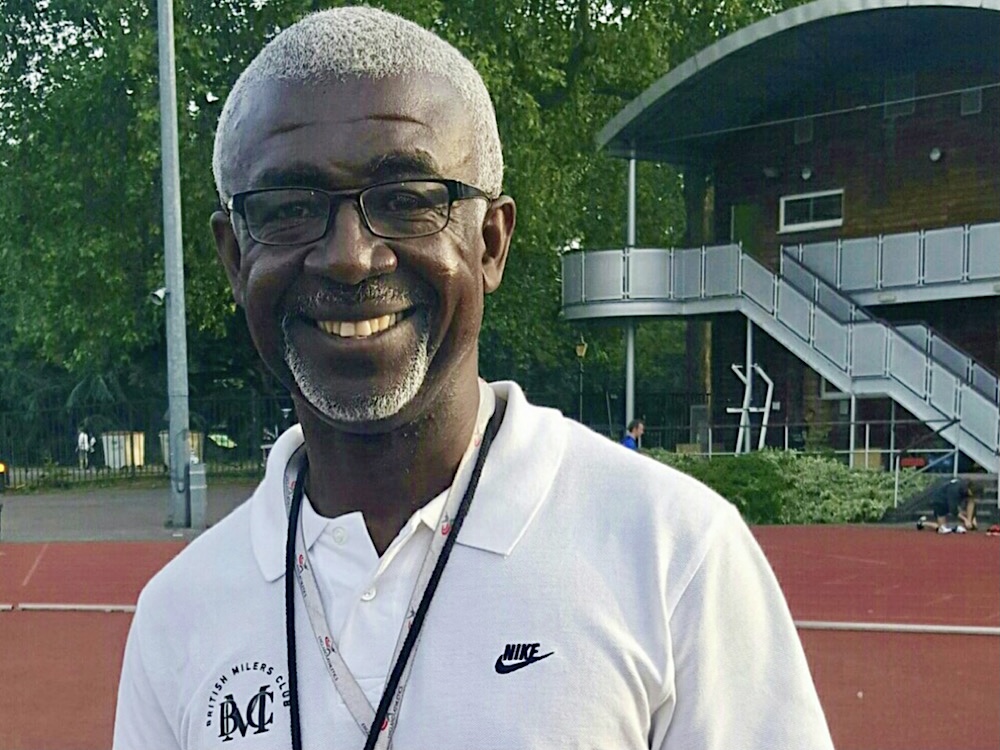 The clock stops at 2h27m16s as a 30 year old from Clapham Chasers realises the ambition of almost every athlete the world over- Stephanie Davis is to become an Olympian.

Behind her success is a softly spoken and articulate man who is rightly stepping out of the shadows and into the spotlight given this recent success of one of his athletes.

Step forward Phil Kissi, who tells me, “I knew Steph had something when I first saw her running”. But how has ‘this something’ been nurtured I am keen to know?

“I always work according to athlete needs”, says the former civil servant as he explains how attention to S and C, nutrition and the weaknesses of his athlete are paramount.

Phil explains how he believes Steph benefits from an element of her work being group based and is heavily influenced by the philosophy of Patrick Sang who of course guides the great Eliud Kipchoge in Kenya.

Significantly Steph does not work to a 7-day week – her typical micro-cycle is longer, which means she does not do a long run every single week on a set day. 22 mile runs are common every few weeks but Phil explains there is regression back down to 18 and sometimes 14 miles.

He avoids prescribing a pace per mile or km for Steph on this session and asserts that, “micro-management leads to peaking early”. Instead he looks to the philosophy of ‘running free’ according to Rolf Haikkola who guided the great Lasse Viren to four Olympic gold medals in the 1970s.

Alternative ways to build that aerobic base

The Blackheath & Bromley and Clapham Chasers coach explains that his approach is to “minimize volume on the road” due to his awareness that Steph could incur hip, achilles, hamstring or IT band injuries if her mileage exceeds her robustness to cope with it.

Cycling and both pool and lake-based swimming are used by Steph with Phil pointing out, “We can learn much from triathlon in this respect”. A key session for Steph is 3 x 5k, which Phil says was advocated by fellow Team GB athlete Steph Twell. Davis will affect these runs in under 17 minutes. Critically sometimes she will be given a goal pace to run to but on other occasions she will be encouraged to run to perceptive ‘feel’.

Whilst the recoveries between each block of 5k are always short, Phil likes to alternate between passive and active ‘roll on’ modes of recovery to add variation to her work.

Phil credits the influence of his mentor and founder of the British Milers’ club- Frank Horwill, who has shaped his thinking particularly with regard to Horwill’s work with two-time world cross country silver medallist Tim Hutchings.

Horwill told his mentee, “Whatever you do with an athlete, always have a 5k session”. The ‘go to’ session for Hutchings prior to his magnificent 4th placing at the Los Angeles Olympics in 1984 was 20x 400m and this is something Steph Davis does.

Phil stresses that he works her over 600m and 1200m in addition but the short recoveries between whatever distance of reps they effect on the track keeps them aerobically dominant.

Phil is influenced also by the sentiments of the late Peter Coe who of course guided his son Sebastian to two Olympic gold medals.

Coe once famously said, “If speed is the name of the game then never get too far away from it”. So Steph was being raced over both 3k and 5k in the season prior to the pandemic.

Additionally, Phil uses a mode of session not dissimilar to the late national coach mentor Dave Sunderland- what Sunderland referred to in his book High Performance Middle Distance Running- as ‘Tired surges’ are referred to as ‘Surprise surges’ by Phil because of their cognitive element of athletes unexpectedly having to run faster at some point mid-session.

All of the above plus the inclusion of pyramid-based work enabled Steph to run the second half of the Olympic marathon trials last month around 55 seconds quicker than the first.

Phil explains how upon receiving an invite to tour the course several days before the marathon trials that he was surprised that no one else was there to take this opportunity when he and Steph were.

They effected an impromptu session which gave them both confidence that this was a fast course which could be attacked with some aggression due to the trees providing shelter from the wind.

Phil is clearly influenced by the understanding of periodisation engendered by the likes of the great Arthur Lydiard, who understood that when athletes had been brought to a peak that they then needed to be rested before being regressed back to aerobic base building.

Steph is herself coming towards the end of such a regeneration phase and embarking on some light jogging as part of this process before building to Tokyo in August.

In part two, we dig deeper into Phil’s philosophy of coaching to look at his guiding principles which shape the kind of sessions articulated above.