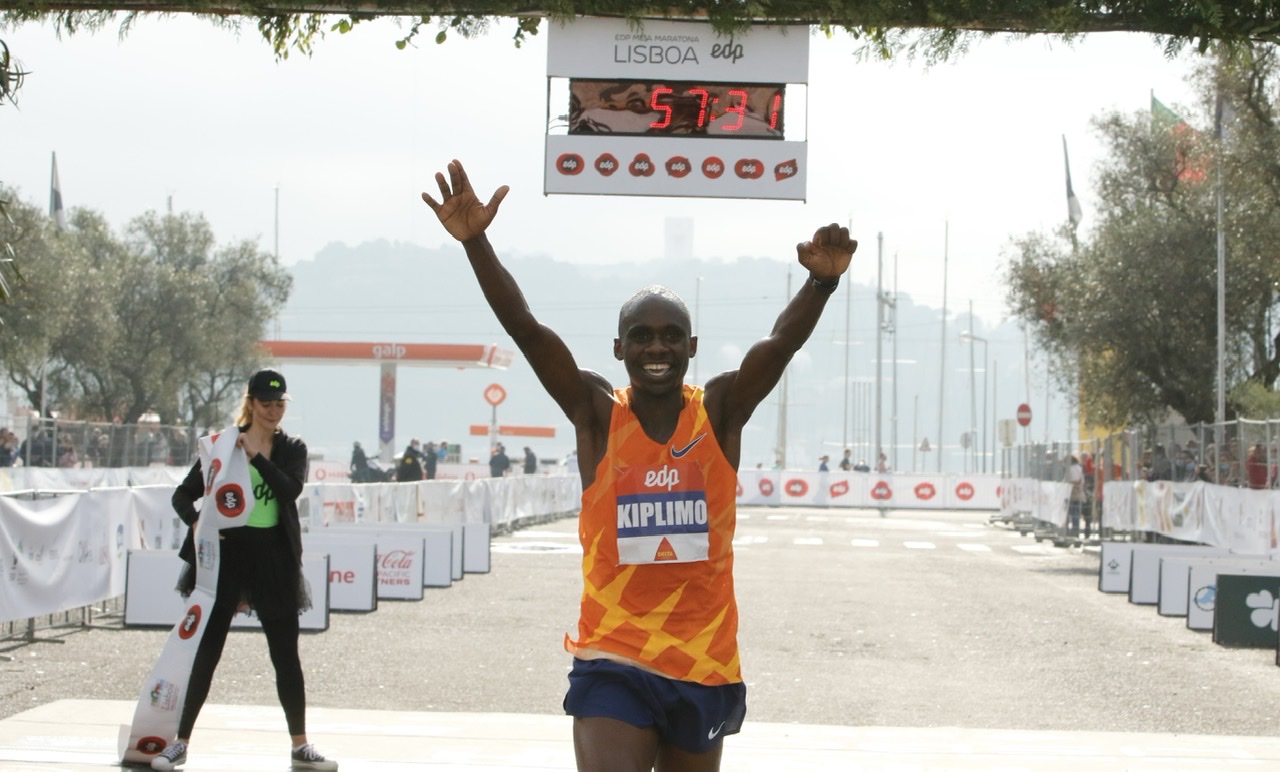 Jacob Kiplimo, from Uganda, broke today the World Record at the 30th EDP Lisbon Half Marathon, finishing the race at 57:31 minutes and one second faster than the previous best time. Current World Champion, Kiplimo ran a perfect race, leading almost from the start in a solo effort that paid off with a new World Record – and a check of 100.000 euros.

The 21-year-old Ugandan broke the field at the 3rd kilometer mark and went for the win (and for the record) with an stratospheric performance, crossing the line with more than two minutes for Esa Huseyidin Mohamed (59:39) and Gerba Dibaba, both from Ethiopia, who came second and third. Also, Lisbon had another six athletes below the hour mark.

“I knew that I was going to break the World Record when I entered in the last kilometer. And then, when I was on the finish straight and saw the clock, I had to put in all my efforts. And tell my mind that I had to sprint very fast to reach the finish line”, said the new recordist. Kiplimo stated that the conditions in Lisbon were “perfect” and promised that he will come back again. “I hope and I hope! Let’s wait until this Covid situation is finished and maybe I can comeback. I’ll talk with my manager about it”.

In the women’s race, there was also a record (the course record), made by the Ethiopian Tsehay Gemechu Beyan. The 22-year-old finished in 1:06:06, beating the previous best time in Lisbon by 28 seconds (Vivian Cheruiyot, in 2019). The second was Daisy Cherotich (1:06:15) and Joyce Chepkemoi Tele third (1:06:29) from Kenya, also below the previous course record.

The women’s race was very different than the men’s, with five athletes setting the pace until the 10th kilometer. In that moment, Beyan, Cherotich and Tele made a move that left them alone in the front, until 4 kilometers to go, when the eventually winner attacked for the final sprint.

Although she won the race, Gemechu Beyan stated that she was pushing to beat the World Record. “I tried, but after the 17th kilometer I felt a little tired… The course and the conditions were very nice, I liked it. I hope to come back next year, to try the World Record again.”