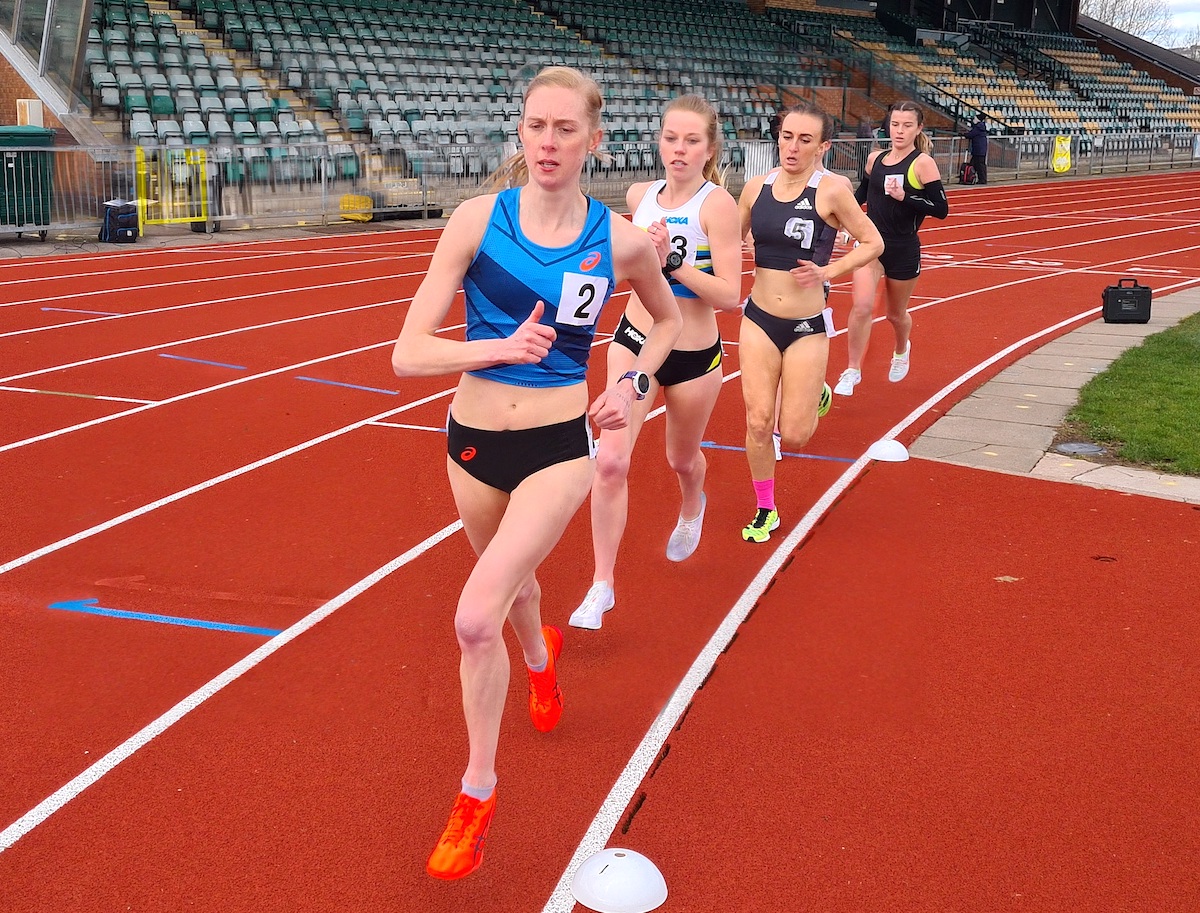 Understandably most have had their eyes focused on the amazing performances in Torun, but thankfully James Rhodes is the man with eyes everywhere when it comes to athletics. He brings you our ‘other’ weekend roundup.

Whilst focus this weekend has been primarily been on the European Indoor Championships – for which I have written daily previews and so will not cover in detail here – there has been plenty of action elsewhere.

Josh Kerr kicked off his 2021 season with victory in the 1500m – clocking 3:35.78. Both the quality of the field and the margin of victory were both superb – he was almost three seconds ahead of the rest of the field that included Olympic Champion Matt Centrowitz and bronze medallist in the same race Nick Willis.

Josh’s closing speed was mighty impressive with a 56 second last lap. Interestingly, his record against Centrowitz (who was second going into the home straight but finished 8th) is now 5-0.

Whilst Andrew Butchart was racing at the European Indoor Championships, Marc Scott was a man on a mission over 12.5 laps in California. Marc ran superbly, finishing second in a race where the top five men all ran PBs and an Olympic qualifying standard. The race was won by Grant Fisher, the first of his professional career.

Why do I link him with Andrew? His PB – 13:05.13 – has moved him to third all-time on the British rankings, leapfrogging Butchart’s 13:06.21 and sitting behind Mo Farah and Dave Moorcroft. It’s all looking good for the summer!

The women’s race was an equally fast affair, with Emily Session running sub-15:00 for the first time (14:55.82) in her first track race since September 2019. As with the men, the top five all ran PBs and Olympic standards, including reigning triathlon Olympic Champion Gwen Jorgensen.

Unfortunately Eilish McColgan did not finish the race, having gone through 3000m in 9:02.32. Molly Huddle was another non-finisher.

Catch up with the action here –

In his duty as ambassador for the Djibouti Ports and Free Zones Authority (yes, really), Mo Farah made his 2021 debut at the first edition of the Djibouti Half Marathon.

In his first race since the Antrim Coast Half Marathon last September (excluding his pacing duties at the London Marathon), the double-double Olympic Champion took victory in 63:07, his slowest ever time over the distance.

Without video coverage of the event it is hard to say exactly how the race unfolded, but one can presume from the results Mo ran alongside training partner Bashir Abdi before speeding for the win, with the Belgian coming second four seconds behind.

The pair were over a minute ahead of the rest of the field that included David Nilson of Sweden, France’s Hassan Chahdi and the Netherlands’ Mohamed Ali.

Saturday saw one of (if not the) first outdoor track action of 2021 in the United Kingdom, with the Elite Only Winter 10k in Newport. The event provided an opportunity for athletes to race ahead of the GB Olympic Marathon and Race Walk Trial later this month.

Lily Partridge took victory in the women’s race with 32:33.16, followed by Jenny Nesbitt, Clara Evans (in a PB) and Sarah Astin.

The men’s race was won by Emile Cairess with 28:14.30 (PB) with Kristian Jones second also in a PB (28:33.17). Dewi Griffiths, James Hunt and Michael Ward completed the field that finished the race.
In the race walks, Callum Wilkinson walked a lifetime best to lower his own National Record to 39:05.85, an impressive 50 second PB.

It’s great to see action returning to British soil, and hopefully there will be more to follow in coming weeks. You can read Alex Donald’s detailed report on the action here.

At the start of the year, I didn’t believe the European Indoor Championships could possibly happen. Even a month ago, I thought it was a remote possibility.

However, I was proven wrong. In a sea of COVID-19 protocols, medical procedures and literally thousands of COVID tests, the event went ahead successfully, with a record number of athletes participating.

Great Britain sent their largest team to a European Indoors not held in the UK, comprising a large number making their senior debut, or gaining their first British vest at any level. The team outshone itself, bringing home 12 medals – a joint record.

I have written standalone daily reports on the action, and so have not covered any further information in this round up. It’s been great to have major athletics back after a 515 day absence, and it has certainly whet my appetite for the summer and outdoor season ahead.

To DQ or not DQ, that is the question
Large Irish team shows promise