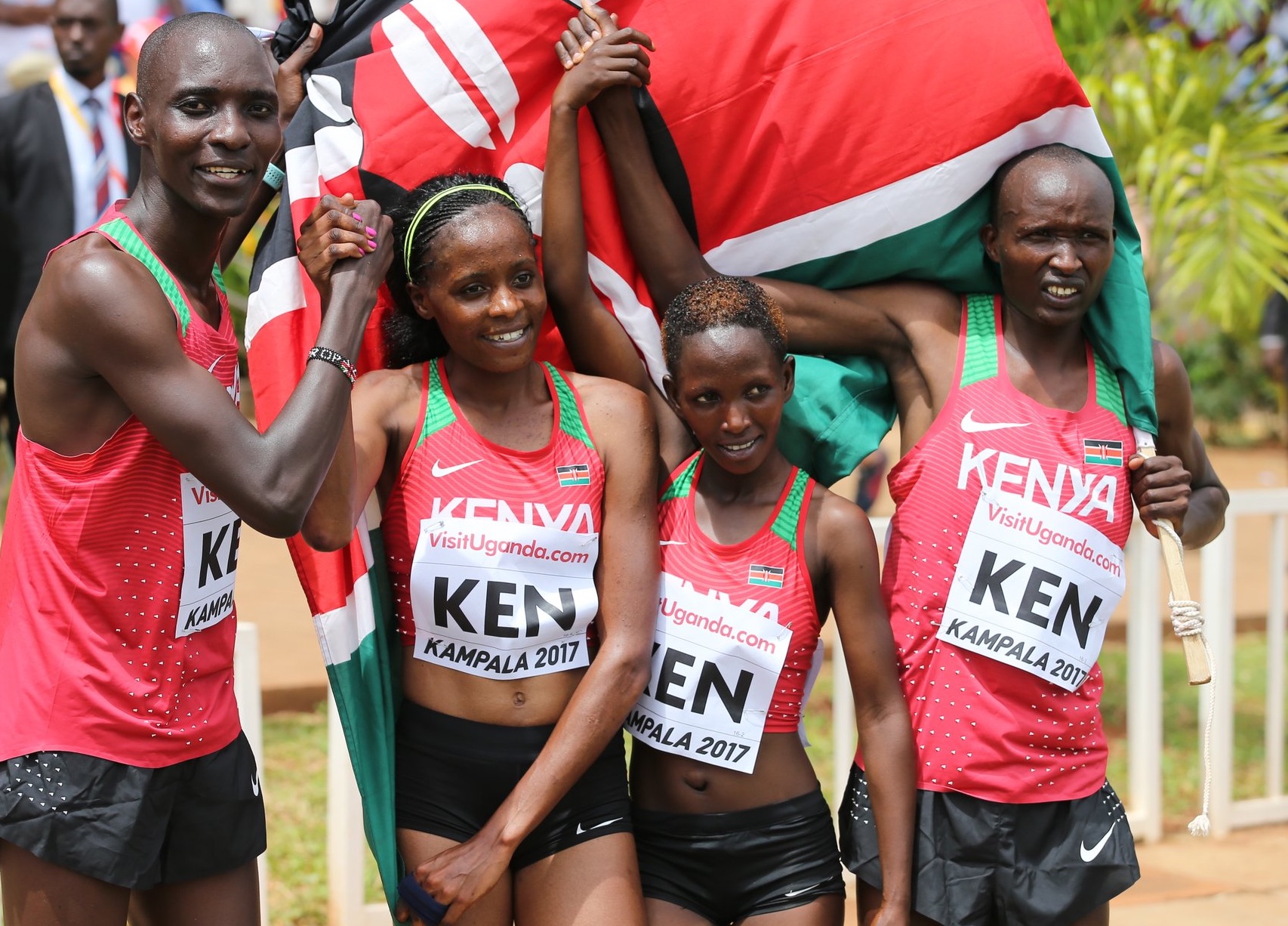 In the first ever mixed relay at the IAAF World Cross Country Championships, Kenya claimed the win.

Taking place in in Kampala, Uganda, the Kenya team, that included 1500m world champion Asbel Kiprop led from the start. The world champion, who ran the first leg, impressively established an ever increasing gap over his fellow athletes.

Going into the final leg, the Kenyan team handed off to Beatrice Chepkoech, who had the task to charge home over the final 2K.

However she was up against Ethiopia’s 1500m world champion Genzebe Dibaba, and as anticipated, Dibaba chased Chepkoech down, but the Kenyan anchor kept her cool to bring home the win for a delighted Kenyan team.