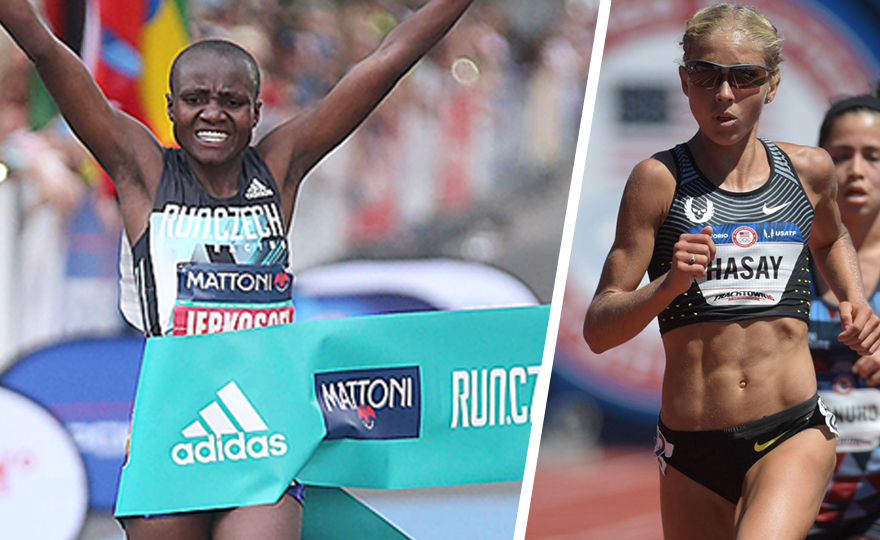 Joyciline Jepkosgei of Kenya has set four world records including a new world half marathon record at the Sportisimo Prague Half Marathon on April 1.

Early in the race, it was clear that something special was about to happen when Jepkosgei set a world record time at the 10km mark. The previous 10km world record, set by Britain’s Paula Radcliffe had stood since 2003.

The defending champion Violah Jepchumba was close by though and stuck with Jepkosgei until 18km into the race.

In a stellar performance, Jepkosgei crossed the finish line in 1:04:52, breaking the previous world record by 14 seconds, set by compatriot Peres Jepchirchir.

Also a worthy mention was the performance of USA’s Jordan Hasay. In only her second half marathon she finished in sixth place with a time of 67:55. A new personal best for the US athlete and the third fastest ever time by an American female – previously belonging to Kara Goucher.

The Ethiopian finished ahead of Kenya’s Josphat Tanui (60:38) and third to cross the line was Geoffrey Yegon in 60:41.

Continuing his build up to the Boston Marathon next month USA’s Galen Rupp crossed the line in 61:59 to finish in 11th place.

Rupp will have to go again as he aims to better his personal best time of 61:29.