Is it time for a trade union for athletes? 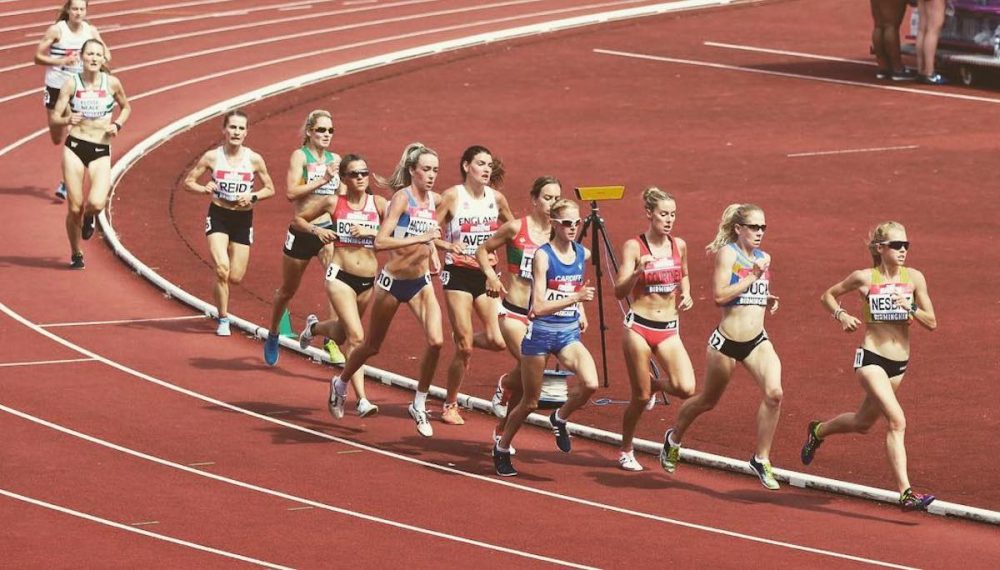 With the Diamond League announcing the cull of a wide range of events from it’s programme including the steeplechase, 5000m, 200m and triple jump is it time for athletes to have proper collective voice?

The decision by the IAAF and Diamond League to cull a broad range of events from their 2020 fixtures seems to have been met with almost universal dismay, at least amongst athletes and many coaches.

The basis of the decision appears to be to allow meetings to be more easily delivered in line with a 90 minute TV schedule. Whether you agree with this or not (I don’t clearly) the reaction of athletes to the decision raises questions around whether athlete’s voices are ever really considered by those organisations who ultimately control the fate of their careers.

The decision comes on the back of a contentious World Championships in Doha which despite some fabulous performances and events has also been widely criticised. There is also recent decision to move the marathon and race walking events at the Tokyo Olympics to a different venue which has raised questions around consultation with athletes.

My feeling is that if a international governing body is so disconnected with the values and feelings of athletes and fans that they need poorly conducted social media ‘research’ to help them make decisions we are in trouble.

The reality is the Diamond League decision felt less about the ‘research’ and more about the who’s interests really count – athletes or TV? Sponsors or those creating the product being sponsored?

In the end in Doha the fabulous performances by athletes dug the sport out of a hole it had made for itself. However that should not detract from the fact that the decision to take the games to Doha to start off with was hugely controversial and the stated aim to spread the sport to other parts of the world seemed to be a failure given the mostly empty stadium – I can’t see the consideration for athletes in these decisions.

What a difficult position for those athlete’s whose events have not been cut – a signficant part of their livlihoods can continue but what about their friends and training partners who will no longer be attending? This is the point in having a collective voice. Athletes look out for the needs of each other more than they do the needs of television or the governing body.

Does it mean that things never change? Of course not. However the ‘spectacle’ of athletics is a product packaged and sold by people in suits, don’t blame athletes if those people don’t do their jobs effectively. If TV wants to make athletics more engaging how about having more engaging voices to explain the details and intricacies of our wonderful sport?

The reductionist approach of dumbing down meetings based upon internet click throughs and ‘research’ that left huge sections of the athletics community out (Africa for example!) to me just encapsulates the hegemonic approach of world athletics governance at the moment. Has the gap between athletes and athletic governance ever been so great? Something needs to change to redress that balance.

The amateur history if our sport affords the opportunity for athletes to be put in a subservient position. Regardless of whether athletes are full time or working other jobs to support their careers they are all professionals.

Invoking terms like ‘for the good of the sport’ or ‘to grow the sport’ is to me little different from a Victorian mill owner invoking the guilt of a puritanical work ethic. We celebrate the glorious amateur, rightly of course, but money is being made in our sport make no doubt about it just rarely by athletes beyond a select few at the very top.

“Bringing the sport into the 21st century” and “innovation” – under this IAAF administration I read in the same way as businesses using terms like “streamlining and efficiency savings” it’s a proxy for cutting the quality of the product or the money to the people who create that product, or both.

Of course we are all passionate about the sport, and sport for sport’s sake, but that should not be used as a way of supressing voices who are asking for a better lot for athletes.

Of course power and control doesn’t just rest in the hands of governing bodies. It also rests in the hands of brands, sponsors and race directors, coaches and selectors.

Whilst we await more details of the scandal that seems to emerging from NOP for me it goes way beyond the use of PEDs. The bigger scandal is where the power and control of coaches, and of brands, leads to a broad spectrum of unethical practice that impacts on the mental and physical wellbeing of athletes. This was brought into stark relief by the powerful piece by Mary Cain in the New York Times, it’s a difficult read and watch as a coach or anyone who is in sport because they fundamentally care about people.

Where do athletes turn when they are a part of this? Why is it only months and years down the line (if at all) a few brave voices can feel ready to speak out? Where do athlete’s turn if they feel that selection decisions are not in line with policies or indeed to challenge the polices themselves? Of course we have individual governing bodies in our own countries most of whom will have codes of conduct and policies in place to safeguard the welfare of athletes.

I think it would be fair to say though that athlete’s don’t often know about these and also that it is a tricky position when the governing bodies still have a significant role in the career of an individual athlete and where some of the coaches, decision makers or brands involved already have a role or link to home nation governing bodies.

Whilst not a traditional ‘trade union’ others sports do have stronger representation for athletes such as the PFA. In athletics of course it’s harder than football. The line between professional and non professional athletes is a grey one, the number and disparate interests of athletes is greater but that’s not a reason to not try.

If the term trade union sounds a bit political then so be it. To me every part of our lives involves socio-political acts. Sport has never been separate from politics and right now the IAAF is led by a former politician with a specific political outlook. Many will disagree with me but I believe this impacts on the decisions made and direction the sport seems to be going in.

In order to influence decisions athlete’s need a stronger political (with a small p) voice. As long as power sits at the top with a governing body and brands that they work with decisions like this will always be taken and the manipulation of athletes for the gain of others will continue.

Tokenism vs a seat at the table

Many years ago I did a bit of work with the GMB. It was interesting to see how ‘staff forums’ were often used as a proxy for supressing real dissenting voices and placating staff who felt disenfranchised by presenting too narrow a view.

Athlete commissions and forums of course have a role, and have already had some impact, but the weight of a broader union or federation of athletes, particularly if harnessing a global reach would be a real force to influence decisions. It might be that athlete commissions or panels provide a starting point but for me it’s all to easy to ignore unless there is a sense of collective action from a much bigger base of athletes (and even separately coaches).

I don’t know how it could work. I can see huge practical difficulties with a potentially unwieldy organisation representing athletes whose interests may not always align. But something needs to change. It might be that others have a much better solution but I can’t see it right now.

I don’t pretend to be objective and I know many reading this will hold different socio-political views to me but for me athletics IS the athletes who through their physical and psychological acts inspire and entertain. Governing bodies should tremble at the thought of the power their collective voice could bring.

Idealistic perhaps but it seems to me that there is a fundamental lack of ideals in some of the highest international power structures in athletics, we need more, not less ideals.